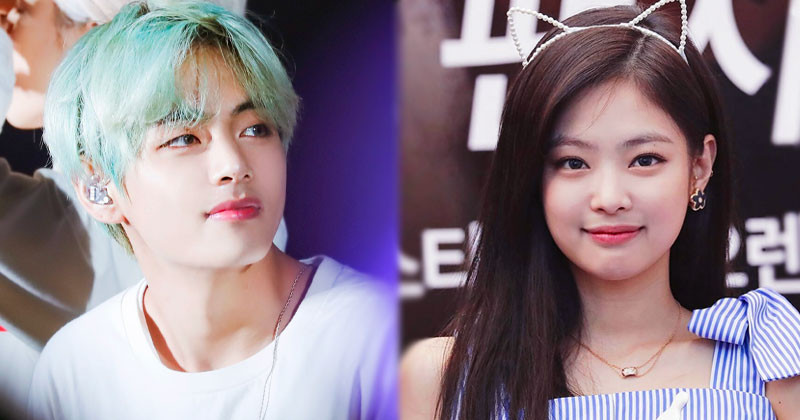 Which of these stars do you talk about the most these days?

One netizen on an online community recently observed that these 7 K-Pop idols are currently the most-talked-about, and also oftentimes the most hated, on K-Pop fan communities right now. Some of these stars have maintained their buzz-worthy status for years, while some are new additions.

V is famous for his aesthetic vibe plus a surreal face because he's so handsome to be true. V also has a special deep voice that could melt anyone's heart. Despite a huge recognition from the audiences, V also receive unnecessary "attention" from anti-fans.

"It's mostly all of BTS, but there's definitely a lot of V."

"They come for V and Jungkook the most out of the BTS members."

Since debut days, Jennie is popular in among other trainees for her talent and controversial rumors about her behavior. Despite her amazing talents as the main rapper and lead vocal of BLACKPINK, Jennie still receives too much attack from anti-fans. Ironically, seems like the more famous she gets, the more hatred anti-fan will throw at her.

"Just one post about Jennie and the comments go crazy."

"There's a lot of BLACKPINK but Jennie beats out the rest."

It is not wrong to say that Baekhyun is one of the most famous but also most hated idols in EXO. He has a powerful vocal as being considered one of the vocal OGs in SM and great personalities. But having no anti-fans is just impossible for an idol like him.

"I feel like for Baekhyun it's just a select few crazies who really come at him."

"I agree with most of the people on the list, especially Baekhyun."

Maybe she's too gorgeous or loved by lots of fanboys, but Joy seems to be an easy target victim in Red Velvel by malicious K-netizens.

"Red Velvet gets a lot of flack in general but these days they're targeting Joy and Yeri."
"Joy gets a lot of hate all the time".

Besides Joy, Yeri is the second Red Velvet member to receive much hate. However, it has happened at first when she was announced as the additional member to Red Velvet. Although she has proved that she has never stopped improving since debut days, hatred is still there.

"They hate on Yeri like it's easy as breathing."

"Can't leave Yeri out of this, she's hands down the most targeted."

After the voting manipulation in Produce program, Jang Won Young is now receiving hatred worse than ever.

"Jang Won Young doesn't get it as bad these days. Definitely not as many 'downvotes' lately."

"Jang Won Young used to get it so bad."

It is not common when a rookie group has caught themselves in so much controversies about the member's behavior towards their seniors, both from their company and other companies like Aespa. After the scandal of Irene of Red Velvet, the appearance of Aespa was considered as a "backup" plan for SM. Therefore the hatred towards these girls is higher than ever after their debut. Not so long before, their official teaser, music videos and live stages are accused of copying from other artists' performances. Seems like SM has a lot to deal with aespa and their fans as well.

"Is aespa really being targeted or do they actually have some controversies that need answering."

"Every aespa post has way more downvotes than most other posts."

In conclusion, it is understandable to accept that having both fans and anti-fans is unavoidable in K-pop. Everyone has their own interests and opinions on different issues and we can't expect them to follow our roads.