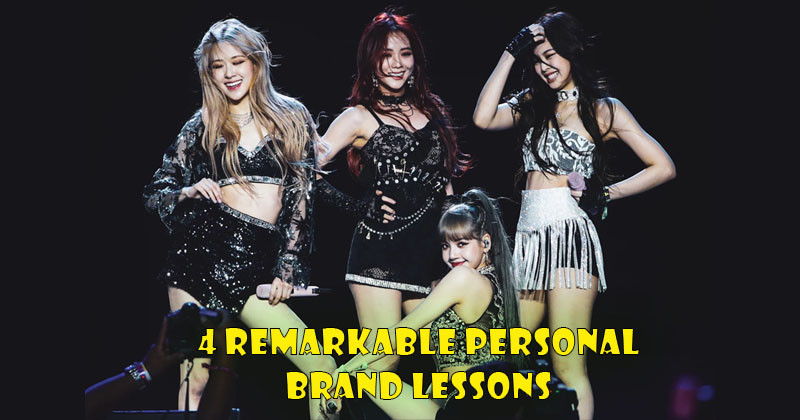 BLACKPINK has evolved into a K-pop act like no other, soaring in popularity around the world. From their 55.4 million YouTube subscribers, it is clear that this girl group is redefining the genre, and with the audience to make it happen. Last time on Forbes, we discussed what BLACKPINK could teach us about personal branding. Today, we dive into what we can learn from each of the group members about building a brand that goes global.

Jisoo is BLACKPINK’s oldest member and vocalist. She has become known for her invention of “dot style” makeup, which was featured in the group’s music video for “How You Like That”. Fans on Twitter and Instagram picked it up and began posting their own takes on Jisoo’s look.

Kiss Me and Dior Beauty have made Jisoo the face of their beauty brands, lending to her influence over the beauty industry around the world. In fact, her endorsement of the company really came through in BLACKPINK’s Ice Cream music video, where Jisoo wears a baker-style cap from Dior. Jisoo, along with BLACKPINK, inspire their audience constantly with their look, music, and more.

Jennie is the main rapper of the girl group, known for her bold performances in music videos and on stage. She became the first member of BLACKPINK to release a solo track with just under 600 million views on YouTube, paving the way for other members of the group to do the same.

Jennie found inspiration for her own rapping style from artists such as Rihanna, along with Lauren Hill and TLC. She even picked her outfits in music videos and performances to match her solo track debut. Her strength as a rapper only adds to BLACKPINK’s brand, and her defined niche makes her standout to fans.

Rosé is the group’s main vocalist, with a voice that fans can easily pick out from every song BLACKPINK has released. Her unique and identifiable vocal tone gives her an edge every successful singer needs. In fact, she placed first in auditions for YG Entertainment - the company that trains K-pop acts.

Her voice has also been described as sweet youthful, which makes sense considering the audience BLACKPINK has attracted. She has crafted her own way of delivering vocal performances, and that is what makes her a memorable piece of the group, and gives BLACKPINK a glowing brand.

Lisa is the main dancer of the girl group, popular among fans for consistently delivering dance moves with unmatched finesse. She has been dancing since childhood, and actually earned a spot as trainee with YG Entertainment at only thirteen years old. Key to constantly giving great performances is, of course years of honing her skill, and hours practicing new routines.

She delivers choreography with ease, every time, whether it is on stage or in video, making dance moves that are often central to viral music videos. Fans point out smooth movements followed by powerful hits as being key to her dance style. This consistency lets BLACKPINK rise as a brand that performs with excellence at every turn.

BLACKPINK’s brand is only as strong as the girls who make it. Together, they consistently deliver incredible performances, with memorable vocals, trend-setting styles, and K-pop rapping like no other. Together, they have cultivated a brand that mixes bold and feminine traits. With a dynamic brand like this girl group, it is not so hard to see why they have become a global and commercial success.

BLACKPINK are in your area once again – this time with the recent online concert The Show. But why was this event so highly anticipated? Since YG Entertainment announced back in 2018 that all the BLACKPINK girls would eventually debut as solo acts, it’s been a long wait for the rest of the group to get in line behind fast starter Jennie and make a success of their own solo projects. Finally, the live-stream heralded a big step in the right direction: read on to find out more about Rosé’s solo debut at the concert – and whose big solo moment is coming next.

At the end of January, Rosé performed Gone – one of the songs from her much-anticipated solo album – at BLACKPINK’s online concert The Show. YG Entertainment also disclosed that Rosé had “completed all filming for her solo album title track’s music video in mid-January”, hinting that the music video was a large-scale production with an unprecedented budget and “surely different from BLACKPINK’s usual musical style.” It seems we have a lot to look forward to.

Her short teaser video has already set the internet aflame with a staggering 30 million views, and showed Rosé singing pensively over a romantic guitar melody. For her full album reveal, we’ll have to wait a little longer.

Next up? Lisa’s solo debut

YG Entertainment confirmed at the end of last year that the band’s richest member Lisa would be next to make her solo debut alongside Rosé, so tongues are wagging about what BLACKPINK’s rapper might bring to the table. While nothing has been confirmed, we can probably speculate that anything Lisa produces will include her signature slaying dance moves – ones that she’s been showing us via solo performances during BLACKPINK’s concerts and on her YouTube channel. Her LiliFilm channel (derived from Lisa’s nickname ‘Lili’) features a series of dance videos that Lisa collaborated with different artists on.

The most recent one was uploaded on July 10 last year, and sees her dancing to the song City Girls by Chris Brown and Young Thug, choreographed by Cheshir Ha. In February last year, she also performed solo for the Fukuoka Paypay Dome tour, dancing energetically to Good Thing and Señorita.

Jisoo’s first role in a K-drama is expected to arrive on screens in June. Photo: @sooyaaa__/Instagram

Jisoo’s solo debut will take a while longer to materialise, but we’ll get to see her on our screens before then in the JTBC K-drama Snowdrop, which should see its first episode air in late spring. Written and directed by the team behind highly acclaimed production Sky Castle, Snowdrop is a love story set in 1980s Seoul, and will mark the first time Jisoo has played a lead in a K-drama. She’ll partner with Jung Hae-in of Something in the Rain and One Spring Night fame.

Fun fact: When Jisoo was on the set of the new show, Rosé sweetly sent along a stylish coffee truck in support of her bandmate and as a treat for the cast and crew.

The frenzied response to Rosé’s solo album sneak peak already hints at big success. As much as we love them as a group, Jennie’s first solo project back in 2018 proved that the BLACKPINK girls could be as strong on their own as they were together: and you only need to look at Jennie’s chart-breaking performance with Solo to see just how strong.

Solo also made Jennie the first female K-pop solo artist to top the iTunes Worldwide Song Chart and to reach the top 10 of iTunes’ top songs in the US. The song is still much loved: Jennie recently became the first Korean solo female artist to have a music video with 600 million views on YouTube