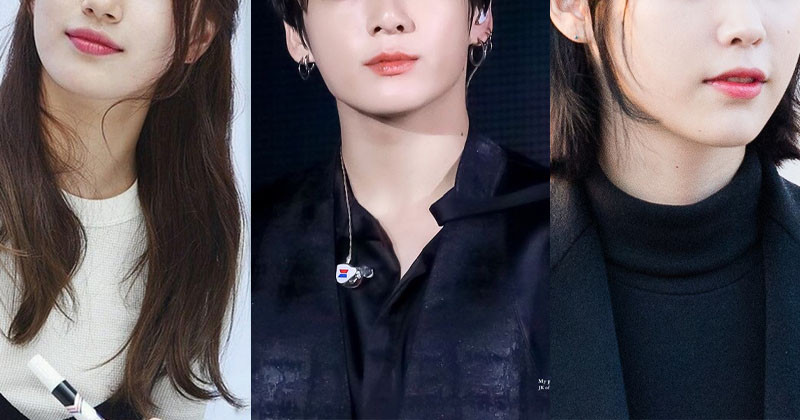 What were you doing at that age?

The golden maknae has always had major talent and luckily, Big Hit Entertainment can recognize him! The youngest member of BTS was already displaying his amazing vocals, rapping, and dance skills when he debuted with the group when he was just 15.

From “Chewing Gum” to “We Go Up” it’s already hard enough to believe that NCT Dream debuted only 2 years ago. But it's even more shocking is the fact that Jisung was born in 2002, making him only 14 years old at the time he debuts!

While other kids were studying and playing around with their friends, BoA was already starting her career. The queen of K-Pop debuted in 2000 at the age of 13!

It’s hard to believe that the incredibly loveable maknae of SHINee-Taemin was just 14 when he debuted with the group. It just proves that there is no age requirement when it comes to talent!

She only trained for 10 months before her debut, and one more shocking fact is she just 16 years old at that time.

Suzy is just the same age as IU-16 years old when she made her first debut.

Do you know who else was 16 when they debut? That’s right FTISLAND‘s Choi Minhwan! It’s almost hard to believe now that we’ve all seen how much he’s grown over the years!

Changmin is all grown up now but when he debuted with TVXQ he was still practically a baby! The group debuted just a few weeks before Changmin’s 16th birthday.

Because fromis_9‘s maknae was born in 2003 and the group officially made their first debut in 2019, that means Baek Jiheon was only 14 at the time of her debut!

KARA made their debut in 2007 but Jiyoung joined the group 1 year later. As it turned out, it was quite the accomplishment since Jiyoung was only 14 years old at that time!

At 15 years old, Minzy was making her debut with one of the biggest K-Pop groups at that time! So while other kids her age were focusing on school, Minzy had already started her career and was totally rocking it!

Tzuyu may be the official maknae of the group but Chaeyoung and Tzuyu are only a couple of months apart from each other! Because of this, the two were actually the same age when they became trainees and when they debuted! If you were wondering they were 16 at the time!

When Sohyun debuted with 4MINUTE she was only 15 years old. While this is already young, Sohyun had actually debuted prior to joining the group! In 2005, she debuted as a member of Orange when she was 12! When the group eventually disbanded, Sohyun joined 4MINUTE and the rest is history!

When Sohee first became a trainee with JYP Entertainment she was only 12 years old! And after only two years she debuted with the group making her only 14 at the time.

There’s a reason fans have referred to Zelo as “Baby Zelo” for a long time. He started working toward his dream of becoming an idol when he was in the 5th grade by auditioning at several entertainment companies but was turned away because he was too young. Luckily, his talent eventually won out and he debuted with B.A.P at the age of 15!

A couple of weeks later and Krystal would have been 15 when she debuted with f(x) but as it stands she was 14 at the time! It’s always been pretty obvious why she debuted when she did because she’s proven time and time again that she has major talent as a singer and an actress!

When they were 13 and 16, Suhyun and Chanhyuk blew everyone away with their talent on K-Pop Star season 2. Shortly after taking first place in the show, they signed on with YG Entertainment and two years later they made their official debut!

Jang Wonyoung isn’t the only young one in IZ*ONE. Ahn Yujin was born just one year earlier, meaning she was only 15 when she debuted!