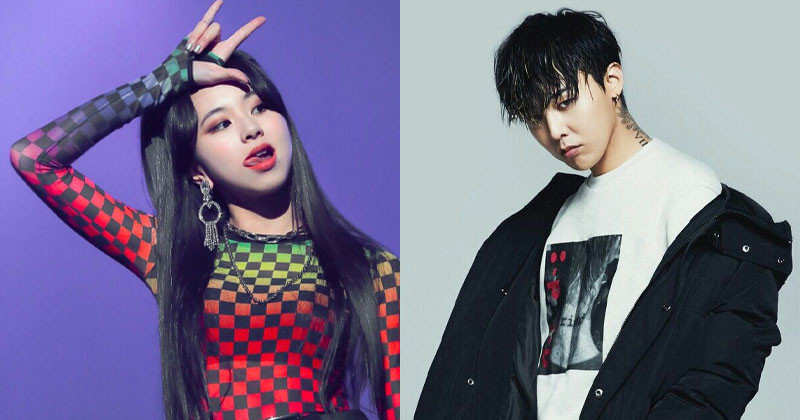 While some idols specialize in one talent, like singing, rapping, or dancing,...etc. Many have more than one that they pursue and develop in their career. And then there are others who seem to succeed at just about everything in their career! While this list is certainly not exhaustive, here are 19 K-Pop idols with multiple talents that they’ve utilized and developed throughout their careers.

Let's me introduce, Key is a singer, dancer, rapper, actor, and fashion designer, and he also writes music for SHINee and his duo with Infinite‘s Woohyung, Toheart. He is an artist, having held his own exhibition. Before debuting with SHINee was a professional water skier. He used to be a special editor and columnist for Elle Korea and able to speak four languages.

G-Dragon wasn’t named 2016’s most influential person under 30 in Asia’s entertainment and sports by Forbes for nothing — he has a wide skillset that he’s put to good use in his 10 plus years in his career. He’s a singer-songwriter, rapper, record producer, entrepreneur, and fashion icon known for penning chart-topping singles for not only himself but many other K-Pop idols. To top it off, he’s got his own cafe shop and fashion lines.

As ASTRO‘s lead rapper, Rocky has got the skills, but he is also a talented singer, choreographer, and dancer, helping to choreograph the group’s songs. He can also act, having shown off his skills in web drama To Be Continued.

The Queen of K-Pop can do anything from sing, dance, write, compose to act, all in three different languages. She’s fluent in Japanese and English along with native Korean and has recorded songs in Mandarin Chinese, and has had a successful music and acting career in America, Japan, China, and Korea. She was the producer for Produce 101 Season 2 and a judge on K-Pop Star. She is also a director at SM Entertainment. What a talented person!

ZICO is the leader of Block B, but he’s also had an extremely successful solo career as a rapper. Not only that, he’s a skilled dancer and producer, and he can sing as well. He is also well-known in the industry as a talented songwriter and hip-hop artist, and a cheat key that can get any song he touches to the top of the charts.

Soyeon is the leader of G-IDLE and the main rapper, lead dancer, vocalist, center, and visual — and she also composes the group’s songs. She composed, arranged, and wrote the lyrics for all of their title tracks. She appeared on Unpretty Rapstar and Produce 101 and was praised for her well-rounded skills. She even rocks the digital idol group scene, starring in Riot Games‘ K/DA, based on their League of Legends characters.

Mark is part of three NCT subunits as the main rapper, lead dancer, visual, and leader, but in addition, he writes his own raps, occasionally composes for NCT, and can sing to boot.

Jackson is a rapper, singer, and dancer in GOT7, but is also known for his appearances on Korean reality television, notably Roommate. He is active in China as a solo artist, brand model and TV host, and a tourism ambassador for Hong Kong. To add to the list, he wrote his own lyrics to his solo tracks and co-composed and arranged the music. Plus, he used to be a pro fencer and speaks Chinese, Korean, and English.

As the leader of VIXX, N is the main dancer, lead vocalist, and visual member, but he’s also an accomplished choreographer, actor, presenter, and radio host. He appeared in many variety shows and dramas, including Hitmaker, where he showed off his rapping skills as a member of Jung Hyeong Don and Defconn‘s first project group, Big Byung. He’s co-MC’d Show! Music Core and Weekly Idol had his own radio show and have an active acting career in dramas and musicals. He’s choreographed VIXX’s performances as well as MYTEEN.

CL was the leader and main rapper of one of the biggest K-Pop girl groups of the 2000’s, 2NE1, until they disbanded in 2016, but she also has a massively successful solo career as a rapper and singer, and the girl can dance. Not only that, she writes and composes music, having an active hand in writing the lyrics for 2NE1 tracks and her own songs.

Young K is a singer, songwriter, and rapper, and is DAY6‘s bassist, vocalist, and rapper. He’s credited with writing most of the lyrics for his rock band.

Jay Park is a singer, rapper, actor, dancer and choreographer, songwriter, producer, and co-founder of two big music labels, AOMG and H1GHR Music. He has successful careers in not just South Korea, but the USA.

Jinyoung can sing and dance well, but also spent time training as a rapper to participate in GOT7‘s duo JJ Project. He has helped write, compose, and choreograph GOT7’s songs, and showed off his acting and presenting skills with roles in several dramas and MC’ing Inkigayo.

Jisung is a triple threat as not only one of the three members of 3RACHA (Stray Kids‘s pre-debut rap line, with Chan and Changbin) and Stray Kids’ main rapper, but he is also an accomplished vocalist and dancer. Besides, he also helps with composing and writing lyrics, and he can speak basic Malay. He is also fluent in English.

Lay, or Zhang Yixing of EXO, is a singer, dancer, and rapper. He has his own successful solo career. He is also a producer, composer, and songwriter, and has written an autobiography. He is fluent in Korean, Mandarin, and English and can also speak Cantonese and Japanese. He plays the guitar, piano, and flute, and has had a successful acting career in South Korea and China. He was a teacher and producer on Idol Producer and is a huge brand ambassador in China. He came in at the 20th spot on the 2017 Forbes China Celebrity 100 List with estimated earnings of 120 million yuan.

Henry is a musical genius, able to play multiple instruments, sing, dance, and produce, and has made a career for himself as an actor. He’s also well-known as a variety show entertainer and can speak Korean, English, Mandarin, Cantonese, and French. Not only that, he’s opened up his own restaurant in Gangnam that specializes in Taiwanese-Chinese cuisine.

Jungkook really is the golden maknae! He’s BTS‘s main vocalist, in the dance line, sub-rapper, center, and visual and produces and writes music as well. He also records and becomes the editor for his videos. Not only that, but He also has talent in Paintings.

Chanyeol is part of EXO’s rap line, but he’s also a talented singer, songwriter, composer, actor, and model. He plays drums, guitar, and piano. He’s been a popular variety show participant and appeared in both film and dramas, as well as collaborated in the production of several soundtracks. In addition, he’s a fashion icon, having been invited to Tommy Hilfiger‘s London fashion show in 2017.

Chaeyoung is TWICE‘s main rapper but the girl can sing, as evident in her Melody project. She also wrote all the lyrics to her raps when she was a contestant on SIXTEEN and has writing credits in some of TWICE’s songs. Add in her dancing skills and she really is a multi-talent.