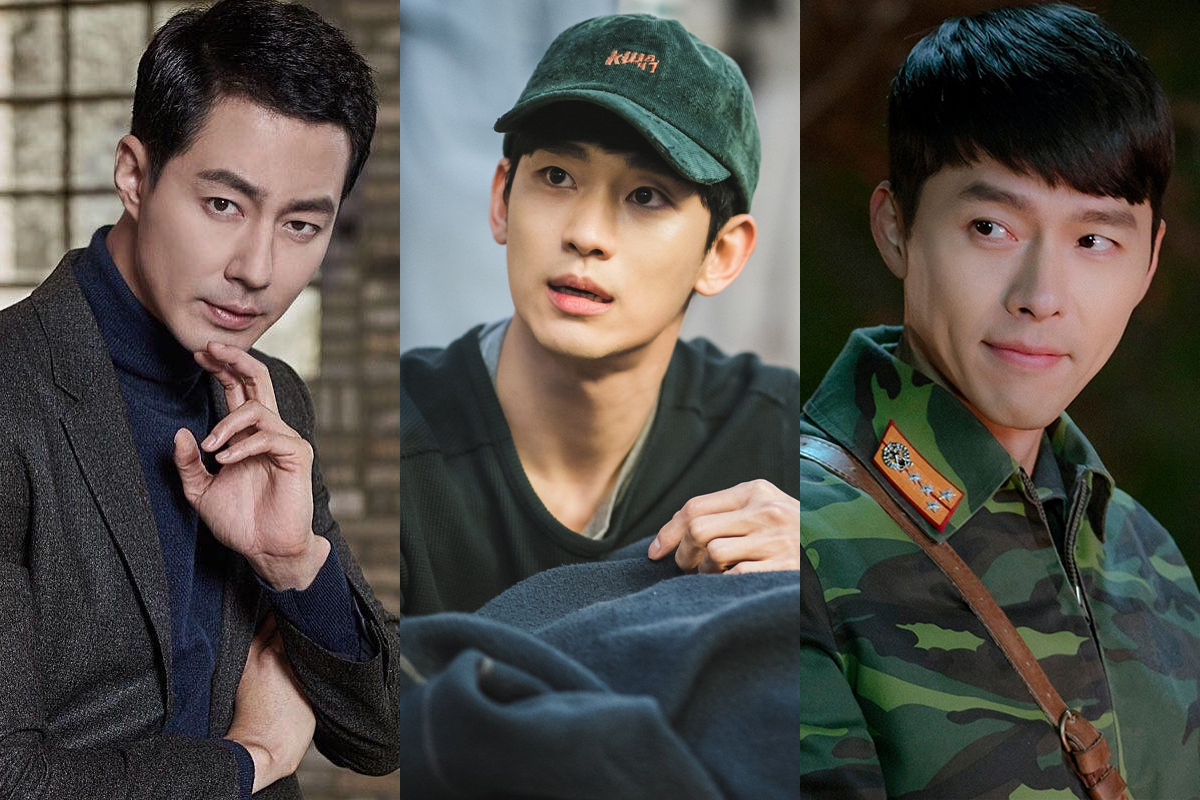 For Korean dramas, the money an actor gets paid per episode not only reflect the effort that actor has to spend to comp...

For Korean dramas, the money an actor gets paid per episode not only reflect the effort that actor has to spend to complete the role, but also is a measure of his fame and position in the eyes of filmmakers. Here are 6 highest paid actors on the small screen.

The position of Kim Soo Hyun made many surprises, surpassing a series of popular stars such as Hyun Bin and So Ji Sub, while "The King" Lee Min Ho only stopped at the 5th position.

Lee Seung Gi is one of the most successful Korean actors with his versatility. Not only famous for his unique roles, Lee Seung Gi also made his mark in the hearts of fans as a singer with "hits" like 'Because You're My Woman', 'Will You Marry Me' or 'Return'.

Of course, the acting career of the "nation's son-in-law" is still developing over the years with drama projects such as 'You're All Surrounded', "My Girlfriend Is A Gumiho", 'A Korean Odyssey'… With such an uplifting career, Lee Seung Gi totally deserves $59,000 per episode.

The handsome actor made a big splash with the role Goo Jun Pyo in the hit film project 'Boys Over Flowers'. This role also helped Lee Min Ho reap a series of prestigious awards such as Best New Actor at the 45th Baeksang Arts Awards or KBS Drama Awards. Some typical projects of Lee Min Ho include 'City Hunter', 'The Heir', 'The King: Eternal Monarch'…

Besides being an actor, Lee Min Ho is also known for his emotional voice. Although some criticize his acting skills, Lee Min Ho is still one of the highest paid actors with $62,000 per episode. Any drama that has Lee Min Ho is a hot drama.

So Ji Sub is one of the highest paid actors in South Korea with $67,000 per episode. So Ji Sub entered the entertainment industry as a model for a famous jeans brand.

With a handsome appearance, So Ji Sub has participated in a number of dramas. The actor made great leaps in his acting career with film projects such as 'I'm Sorry, I Love You', 'Glass Slippers'… Last April, So Ji Sub surprised the public when he announced that he was getting married to announcer Jo Eun Jung, but this didn't harm his reputation, as he has become even more famous after that.

Jo In Sung has a quiet personal life and only focuses on developing his acting career. Some popular dramas starring Jo In Sung include 'Something Happened in Bali', 'That Winter, the Wind Blows' or 'It's Okay, That's Love'.

In addition, Jo In Sung also left his marks through impressive roles on the big screen including 'A Frozen Flower', 'The King', 'The Great Battle'… With his reputation, he is paid $67,300 per episode.

The role Captain Ri Jung Hyuk in the hit drama 'Crash Landing On You' has helped Hyun Bin's name become more memorable in the hearts of fans. Of course, his works are more than that.

Those who love the handsome actor can name a series of dramas starring Hyun Bin such as 'Secret Garden', 'Memories of Alhambra', 'My Name Is Kim Sam Soon', as well as the movie 'The Rampant' .. It's easy to understand when Hyun Bin earns up to $83,900 per episode.

Kim Soo Hyun surprisingly tops of the list of the highest paid actors in South Korea. Currently, he is earning nearly $84,000 per episode. This figure is totally worthy when Kim Soo Hyun is one of the top stars of Korean entertainment, and extremely careful in choosing his works. The film that has contributed to Kim Soo Hyun's current position is the hit series 'Moon Embracing the Sun'.

Besides, 'The Producers' and 'My Love From The Star' are other typical works in Kim Soo Hyun's acting career. Recently, his 'It's Okay To Not Be Okay' is receiving a lot of compliments from the audience, and proves that Kim Soo Hyun's acting is becoming more and more respectable over time.