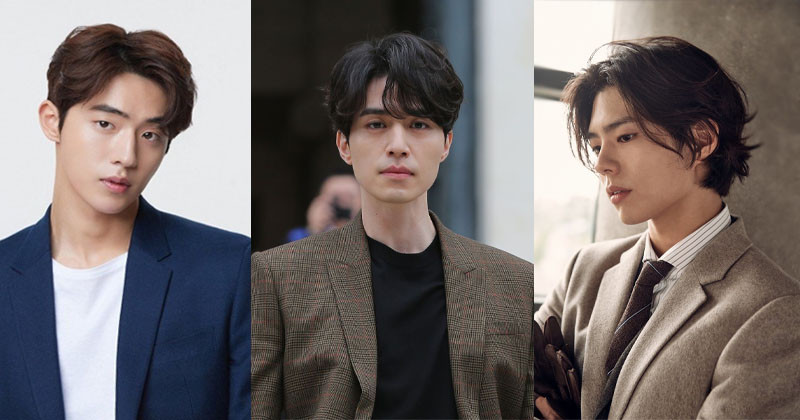 A K-drama script can be good, but without the professional and right actors who bring the story alive, the drama will never reach its full potential. We've got a lot of great K-dramas with incredible actors in 2020. In this list, you will see some familiar faces and some faces we haven’t seen in a while, but one thing is for sure, these actors gave it all in their respective roles. Here are the top 10 of the best Korean actors 2020 had to offer.

This was a big year for Park Bo Gum as he played the main role in the tvN coming-of-age drama “Record of Youth” as well as the sci-fi thriller “Seo Bok” co-operate with Gong Yoo. Park Bo Gum’s role as the struggling model who tries to achieve his dreams of becoming an actor showcased his maturity as an actor. Although the sweet and romantic side of Park Bo Gum was perfect, the scenes where he acted as a rough and tumble bad boy were the ones that really stuck out. It was amazingly good!

2020 is one of a very busy and successful year for Nam Joo Hyuk. He starred in the sci-fi fantasy drama “The School Nurse Files” where he played a very oblivious and aloof Chinese teacher named Hong In Pyo. His character was very different from all the characters he’s played before. But the role he really shined in this year was the caring and sweet Nam Do San in the hit drama “Start-Up.”

And if this wasn’t enough, Nam Joo Hyuk is also currently starring in the movie “Josée” as the vulnerable and sensitive Young Seok. Although it’s newly released, His role is the one that people have already talked about when discussed the new drama.

Jo Jung Suk plays comedic roles so well, and a lot is owed to the fact that he’s just naturally funny. In the tvN series “Hospital Playlist,” Jo Jung Suk’s portrayal as the ace surgeon, Lee Ik Joon, was both comedic and heartwarming. People were thoroughly entertained by Jo Jung Suk as he was able to provide comedic relief, bromance, and romance. His character is supposed to be a genius, scatter-brained, and funny, and Jo Jung Suk was able to do it all. We are looking forward to seeing him play Lee Ik Joon again in the second season!

Joo Ji Hoon has been keeping himself busy in 2020. He starred in SBS’s “Hyena” as a hotshot lawyer that oozed confidence and charisma. In the midst of this confidence, Joo Ji Hoon was able to portray moments of vulnerability that were so good. On top of this project, Joo Ji Hoon also starred in the sequel to the hit zombie drama “Kingdom.” Joo Ji Hoon as Lee Chang is perfection and it was a delight to see him reprise his role.

Park Seo Joon starred in JTBC’s “Itaewon Class” as Park Sae Ro Yi, a restaurant owner who wants revenge on the man who was responsible for killing his father. Park Seo Joon is known for really becoming the characters he takes on. This one was different from the typical rom-com dramas he has done in the past, and he was able to show his versatility as an actor. The one scene in particular that had fans in awe of his acting talent was the crying scene after his father dies. His good friend Choi Woo Shik even commended him for it!

Namgoong Min starred in the baseball drama “Stove League” as Baek Seung Soo, the manager of a baseball team that can’t seem to win. The series premiered near the end of 2019 and was shown to be a favorite amongst K-drama watchers. People not only loved the story but loved seeing the unpredictable and quirky ways in which Namgoong Min’s character managed his team. Namgoong Min’s presence on the small screen is always so strong, and he definitely did this role justice. Seung Soo seems like an apathetic manager, but he has a big heart. And that subtlety can be hard to show on screen, but Namgoong Min was able to do it flawlessly.

2020 was a big year for Kim Soo Hyun as he made his return to the small screen through the role of Moon Kang Tae in tvN’s “It’s Okay to not be Okay.” This series was not only Kim Soo Hyun’s first project since being discharged from the military, but it was his first drama since starring in “The Producers” back in 2015. His highly anticipated return did not disappoint as his role was everything we could have asked for. He was charming and funny, and his ability to capture the hearts of viewers through his relationship with his autistic older brother was unforgettable.

Lee Joon Gi participated in the mystery thriller “Flower of Evil.” alongside Moon Chae Won. He plays the role of Baek Hee Sung, a perfect husband and doting father to a little girl. To everyone's eyes, he was perfect, but there’s another life he leads – one filled with murder, deceit, and lies. In one moment, Lee Joon Gi can go from looking innocent and sweet to smirking with a devilish grin. The similarity in personality and character is thrilling to see; it will send chills down your spine. Needless to say, Lee Joon Gi killed this role and it is only a testament to how great of an actor he is.

Lee Dong Wook starred in the recent fantasy romance “Tale of the Nine-Tailed.” He played Lee Yeon, a man who sacrifices everything to bring back the love of his life and now has to live as a nine-tailed fox. Lee Dong Wook has the ability to play these dark and mysterious characters very well. In this particular role, Lee Dong Wook brought out a bit of his bad-boy side and was able to convince viewers with his devilish charm.

We can’t forget the North Korean soldier who risked his life to be with the woman he loves. Hyun Bin as Captain Ri Jung Hyuk helped make last winter bearable. His sweet gestures and countless rescuing of Son Ye Jin made him quite the heartthrob. The conviction in which he said his romantic lines while somehow managing to make it not cheesy is a feat in itself. Hyun Bin’s reputation grew internationally through this role and fans are already looking forward to his next drama.

This list would not be complete without Oh Jung Se. He played the older brother of Kim Soo Hyun in “It’s Okay to not be Okay,” and his role was outstandingly impressionable. The purity and innocence in which he was able to portray a person with autism were so heartfelt and it will never be forgotten.