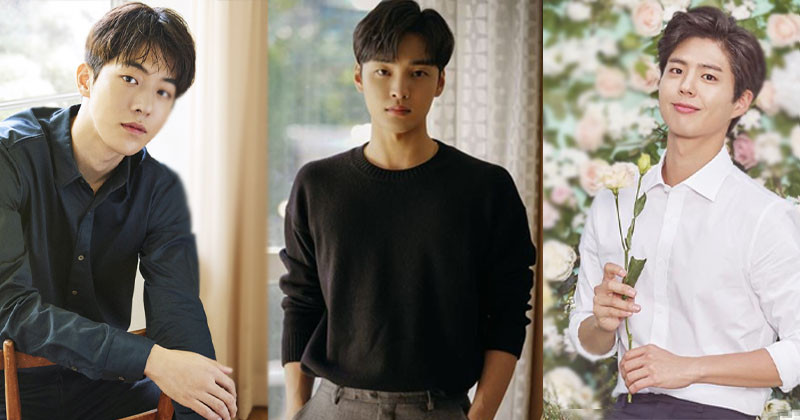 When an actor is so successful and at the top of his game, it’s fun to look back at their humble first step in their career. Whether the role is big or small, it’s a big step as it gives them a chance to attach their dreams and showcase their talents. Here are 10 K-drama actors’ debut roles that is their first step to stardom.

Jang Ki Yong begins his career in showbiz as a model. He was sent to the set of the SBS drama “It’s Okay, That’s Love” and was given a small role Lee Sung Kyung‘s boyfriend. At that time, he didn’t think much of it nor did he have a big desire to acting, but after being on set, it sparked a newfound passion for him. Since then, he’s been starring in K-dramas galore, including this year’s fantasy romance “Born Again.”

Although Lee Jae Wook has had a short-acting career, it's an imposing one. Having been in just five K-dramas and one movie, Lee Jae Wook is proving to have what it takes to be one of the industry’s best. Lee Jae Wook’s debut role was in the sci-fi fantasy “Memories of the Alhambra” as the shady hacker, and this past year he got his first starring role as Sun Woo Jun in “Do Do Sol Sol La La Sol.”

This year, Song Seung Hun starred in the MBC drama “Dinner Mate” and also graced us with a rare appearance on the variety show “Home Alone.” It’s hard to believe that it has been 25 years passing since Song Seung Hun first appeared on the sitcom “Three Guys and Three Girls.” He played the aloof and love-struck Seung Hun (most of the characters went by their real names in the show), and he quickly gained a big fan following soon after he debuted. People already couldn’t resist his charms!

This year, Ahn Hyo Seop starred in the hit hospital romance K-drama “Dr. Romantic 2”. Before becoming an actor, Ahn Hyo Seop was a trainee at JYP Entertainment. After being a trainee for several years, he decided to try his hand at acting. His first role and debut was as the loyal Park Yeon in the fan-favorite web-drama “Splash Splash Love.” His role was small but very impressive.

Kim Min Jae starred in his first-ever lead role this year as the piano prodigy Park Joon Young in “Do You Like Brahms?” He began training to be an idol and was a very talented dancer and rapper. However, when he was given the opportunity to get into acting, he accepted it without any hesitation. His debut in dramaland was in the music-themed series “Persevere, Goo Hae Ra” as Sa Gi Joon. Because he was required to dance, it was an easy transition!

This year was a huge success for Joo Ji Hoon. He starred in SBS’s “Hyena,” “Kingdom” Season 2, and was also confirmed to star in the upcoming series “Mount Jiri” alongside Jun Ji Hyun. Joo Ji Hoon was lucky in that he started his career off with a bang. His debut was a starring role in the classic rom-com “Princess Hours.” He played the stoic and cool Prince Lee Shin.

Park Bo Gum originally wanted to be a singer-songwriter and has proven on various interviews and shows that he’s talented at singing and playing the piano. However, at the suggestion of others, he decided to get into acting. His first role was in the movie “Blind” as Kim Ha Neul‘s younger brother Dong Hyun. This year, he starred in “Record of Youth” right before enlisting into the military.

Yoon Shi Yoon starred in the action-packed OCN drama “Train” this year. He was also on the panel of the popular dating reality show “Heart Signal 3.” Yoon Shi Yoon’s acting career started off strong as he was a cast member of the sitcom “High Kick Through the Roof.” That following year, he starred in the very popular series “Bread, Love, and Dreams” and shot to stardom.

Nam Joo Hyuk started off in the industry as a model. With his good looks and height, it was only a matter of time before he got into acting. His debut role was in “Surplus Princess” as the satoori speaking character named Big. It was a pretty big leap into the K-drama industry as it was his first role in a K-drama and a pretty big one at that! Nam Joo Hyuk is currently starring in “Start-Up” alongside Suzy.

Jung Hae In starred in “A Piece of Your Mind” this year and was also confirmed to be starring in the highly anticipated drama “Snowdrop.” Jung Hae In’s first appearance in the entertainment industry was in AOA Black’s music video, but his official debut role was as the fun and charming Choi Kang In in “Bride of the Century.” 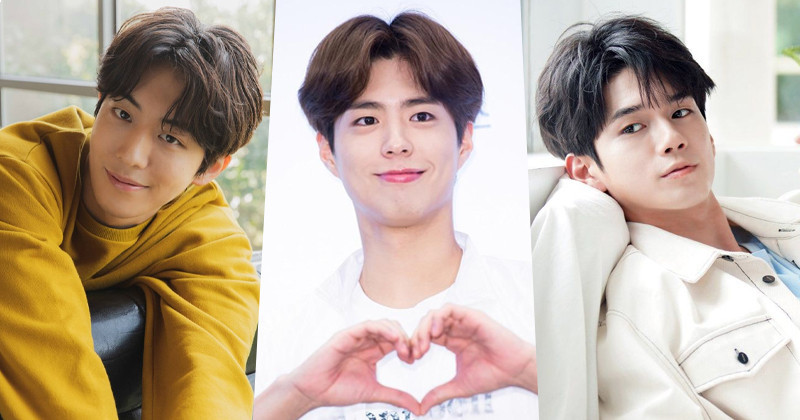