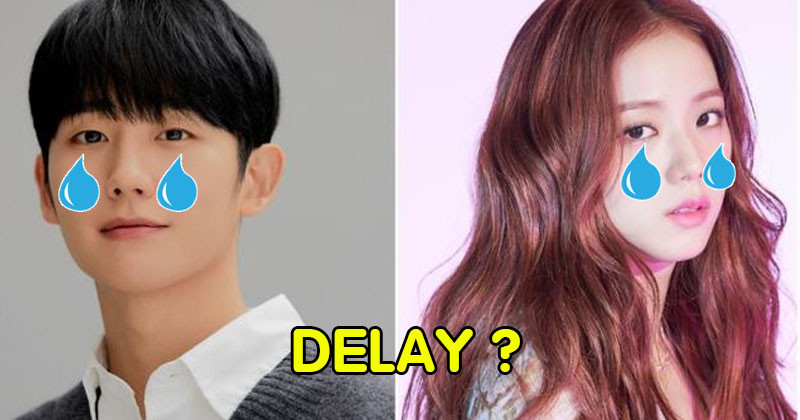 Upcoming JTBC drama Snowdrop starring BLACKPINK‘s Jisoo and Jung Hae In has halted filming after experiencing a Coronavirus scare on the filming set.

Reports relayed that a supporting actor from the set of JTBC's 'Snowdrop' was notified of a potential point of close contact with a COVID19 carrier while working on the set of another drama. The supporting actor immediately informed the production crew of 'Snowdrop', underwent testing, and is currently awaiting results while in self-quarantine. A number of staff and crew members who also came in close contact with this supporting actor has gone voluntary COVID19 testing, and filming will not resume until further updates.

According to an exclusive report from Edaily, a supporting actor (also known as an extra) who is participating in the filming for Snowdrop was noted as a close contact of a confirmed Coronavirus case. This Coronavirus case is connected to the supporting actor who was confirmed positive on set of another drama. Due to the close contact, all filming was suspended since November 23, and all actors and staff who came into contact with the extra are awaiting their test results.

Meanwhile, JTBC's 'Snowdrop' starring Jung Hae In, BLACKPINK's Jisoo, Jang Seung Jo, Kim Hye Yoon,Yoon Se Ah, and more tells the love story of a male university student on the run in 1987 Seoul. He finds refuge with a female university student who hides him in an all-girl's dormitory, against the dangers of enemy search and surveillance.

An official from JTBC commented on the situation, stating that an extra indeed was a close contact and filming has halted.

We have confirmed that there are no confirmed cases of Coronavirus within the Snowdrop team, but there is an extra actor who was in close contact with a confirmed case.

We have temporarily suspended filming to prevent the spread of the Coronavirus and for the safety of all our team. We are waiting for the results of the test.

Snowdrop is a drama that tells the story of a male University student who ends up in a women’s dormitory and the love story that surrounds the encounter. The main cast includes Jung Hae In, BLACKPINK’s Jisoo, Jang Seung Jo, Yoon Se Ah, Kim Hye Yoon, and Jung Eugene.

How Did BLACKPINK Jisoo Do To Become The Female Lead For “Snowdrop”?

BLACKPINK Jisoo has been cast for the upcoming drama, Snowdrop, as many would already know.

A journalist, Kim Ga Young, gave an interview of the process of how the drama had chosen its leads. As Snowdrop is one of 2021’s most anticipated dramas, the competition for the female lead was especially fierce.

Snowdrop tells the tale of an elite university student that suddenly appears in the middle of a female dormitory covered in blood. In the midst of chaos, Eun Youngcho (played by Jisoo), treats his wounds and covers up his scandalous presence.

Set in 1987, the throwback drama tells a touching love story shrouded by mystery and the controversial student riots that overtook South Korea in the 1980s.

She stated that many, many actresses had tried out for the role through auditions. According to Kim Ga Young, there were famous actresses that auditioned for the drama, but ultimately, Jisoo was chosen.

During a closed doors press event, Jisoo particularly impressed the journalists. It was said that she was extremely confident in answering the questions, and she even showed off her studious side by jotting down the questions posed. Jisoo had looked the reporters in the eye and gave sincere replies, making a deep impression on them.

Snowdrop is set to air in 2021, but it has already been drawing attention due to the stellar cast and crew. It will also star Jung Hae In and Kim Hye Yoon. The drama will be produced by the team behind SKY Castle. Stay tuned for more details!