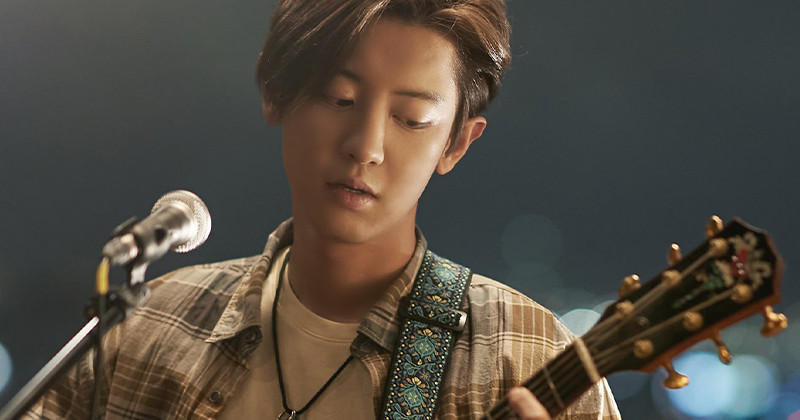 On March 1, 'The Box' announced that it will be released this spring, and unveiled some clips and still-cuts.

'The Box' is a movie about the miraculous busking journey of Jihoon (played by EXO Chanyeol), who can sing only when using a box, and Minsoo (played by Jo Dal Hwan), a producer of Formsa, whose success is the most important.

First of all, Chanyeol, who sings enthusiastically with guitar performance by reinventing the world-famous pop song in the clip, Billie Eilish's 'Bad Guy', anticipates the overall atmosphere of the movie.

In particular, there is a scene where Chanyeol and Jo Dal Hwan meet for the first time in the movie, and their expressions are different. In addition, Chanyeol seems to be an absolutely perfect synchronization with Jihoon in 'The Box', which stimulates curiosity.

The still-cuts also shows the charm of the movie mixing with music. Chanyeol, who plays the guitar against the backdrop of a beautiful night view, make viewers feel like they can hear the melody.