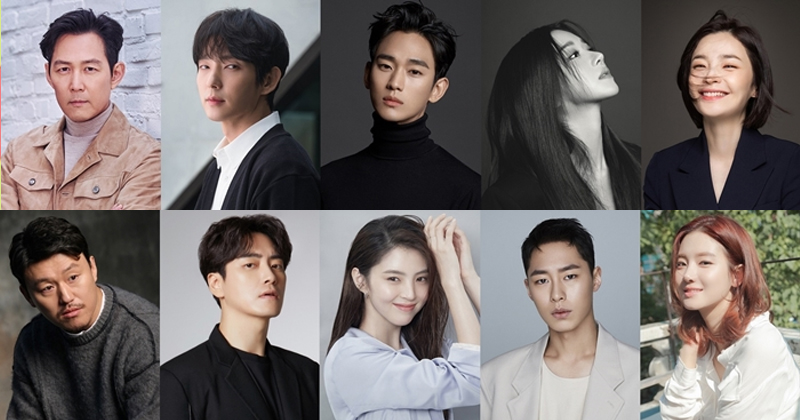 The hottest stars of the big and small screens will come to the '2020 Asia Artist Awards' ceremony. Actors Lee Jung...

The hottest stars of the big and small screens will come to the '2020 Asia Artist Awards' ceremony.

Starting in 2016, 'AAA' has been reborn as a global awards ceremony, entertaining fans around the world with new performances that have never been seen anywhere.

First, Lee Jung Jae, who drew favorable reviews from the audience for his explosive performance in the movie 'Deliver Us from Evil', and Lee Joon Gi, who served viewers with his outstanding visual and acting skills in each episode of tvN's 'The Flower of Evil', were named in the lineup.

Kim Soo Hyun and Seo Ye Ji, who showed fantastic chemistry on tvN's 'It's Okay To Not Be Okay', will also attend the ''2020 Asia Artist Awards''.

Jeon Mi Do, who captivated viewers with her charming acting on tvN's 'Hospital Playlist', Han So Hee, who was greatly loved for her deadly charm on JTBC's 'The World Of The Married', and Park Joo Hyun, who is catching the eye by playing an unusual character on KBS 2TV's 'Zombie Detective', will participate in the awards ceremony as well. In particular, Park Joo Hyun said he will co-MC with singer Lee Teuk on '2020 Asia Artist Awards', raising expectations for her performance.

In addition, Kim Min Jae, who showed intense charisma in the movie 'Peninsula', Lee Joon Hyuk, who transformed himself into the hateful but irresistible character 'Seo Dong Jae' in tvN's 'Stranger 2', and Lee Jae Wook, who has intrigued the audience since appearing as a mysterious man who kept secrets in KBS 2TV's 'Do Do Sol Sol La La Sol' have also confirmed their attendance.