The characters played by Lee Dong Wook and Jo Bo Ah will have a romantic beach date in the next episode of “Tale of the Nine-Tailed”!

tvN’s “Tale of the Nine-Tailed” is a fantasy action romance drama with the stars of Lee Dong Wook as the male gumiho (a mythical nine-tailed fox) Lee Yeon, Jo Bo Ah as producer Nam Ji Ah, and Kim Bum as Lee Yeon’s brother Lee Rang. They find themselves being dragged in a battle with Imoogi (Lee Tae Ri), a serpent beast in human form.

After a brief delayed, “Tale of the Nine-Tailed” returns on November 25 with episode 13, and tvN has given a glance of a beautiful scene from the broadcast.

The latest episode of the show ended off on a worrying note after Lee Yeon tried every trick to stop Imoogi, but he can not succeed. Worst of all, Lee Yeon and Nam Ji Ah had used a drop of Nam Ji Ah’s blood to try to stop him, but instead of stopping him, it awoke the part of Imoogi inside her, revealing that Nam Ji Ah was actually the main body of Imoogi.

The new photos of Lee Yeon and Nam Ji Ah show them on a date on the beach, spending time alone in the dazzling sunlight. They share a warm hug as they look out on the sea, and they’re just like any other couple as they happily smile while they take photos and make memories. At the same time, they remain as close as possible, as though they’re determined to not miss a single moment together. They also have a slightly sad look in their eyes, showing that they’re nervous about how long the happiness of their sweet everyday life can continue.

With Lee Yeon and Nam Ji Ah now in a crisis as they don’t know when the Imoogi inside Nam Ji Ah might appear again, viewers are wondering whether Lee Yeon will be able to find a solution that will keep both of them alive while defeating Imoogi. As it seems like a decision will have to be made in order to cut their terrible tie with Imoogi, viewers are curious to see what their secret plan is.

Lee Dong Wook and Jo Bo Ah filmed the beach date scene in October. While it was a difficult shoot as it was hard to keep their eyes open due to the bright sun and strong wind, the two pros discussed which poses would be best to create a scene that is both sentimental and beautiful. After all their discussion, they earned the great approval of the staff once they filmed a sweet shot in which Nam Ji Ah is warmly embraced by Lee Yeon.

The production team praised Lee Dong Wook and Jo Bo Ah for their passion as they play these roles that require them to convey a large spectrum of emotion. They added, “In episode 13 today, Lee Yeon and Nam Ji Ah make a brave decision in order to change their tragic destiny. Please watch to see what the ‘Yeon-Ji’ couple will do.” 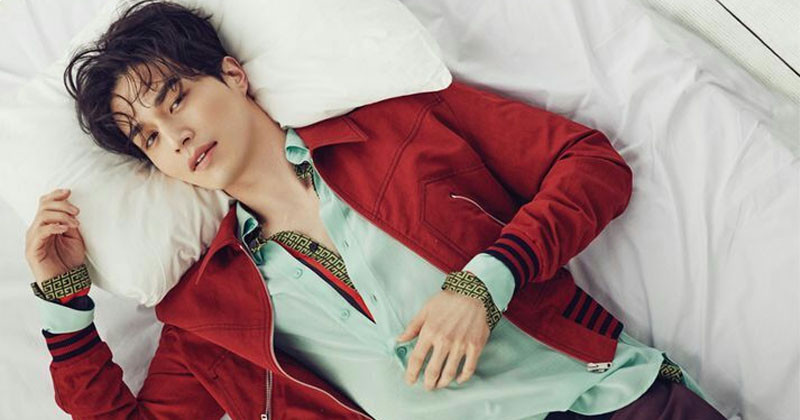