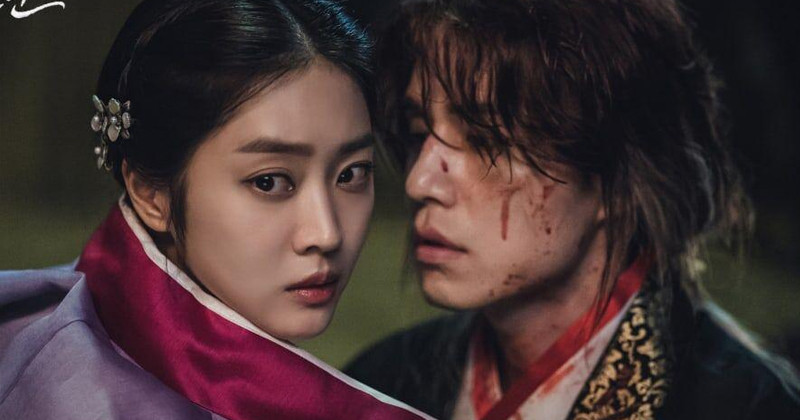 An important scene between Lee Dong Wook and Jo Bo Ah will be shown in the next episode of tvN’s “Tale of the Nine-Tailed.”

Lee Yeon, the guardian spirit of the Baekdudaegan Mountain Range, and Ah Eum (Jo Bo Ah), an abandoned princess, met in Lee Yeon’s forest and fell in love with one another. Ah Eum was in a state of shock after finding out that her father, the King, had let the Imoogi (a monster serpent) take over his body in order to save her. When the Imoogi told her he would return her father if she brought the mountain spirit to him, she tried to sacrifice herself instead and made viewers’ hearts ache.

New stills show Ah Eum using her sseugae chima (head shawl) to conceal and protect Lee Yeon, who is being chased. Lee Yeon is barely able to stand, and Ah Eum rushes over to hide him as soon as she sees him. Amidst the dangerous situation, the proximity between the two creates a brief romantic moment. 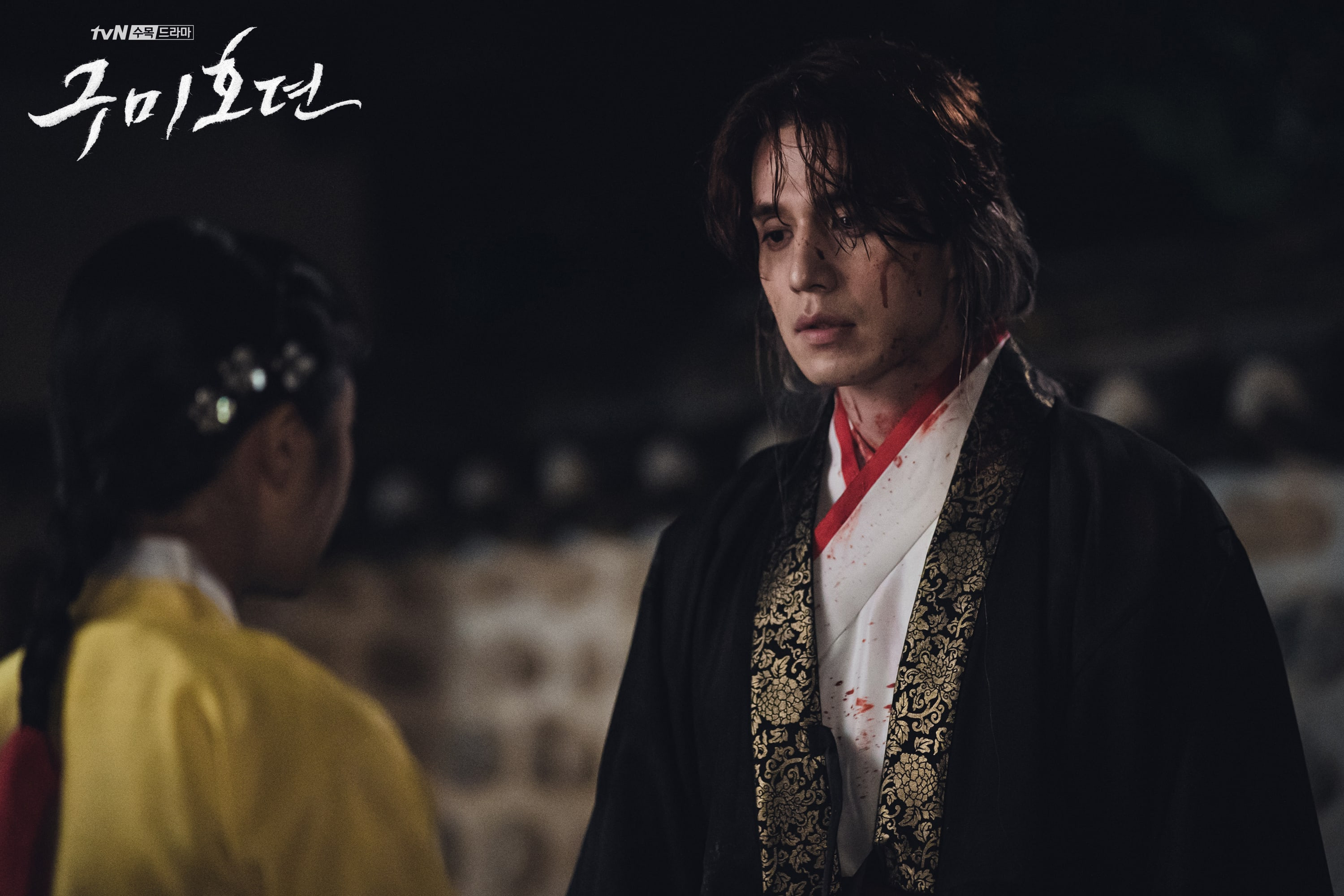 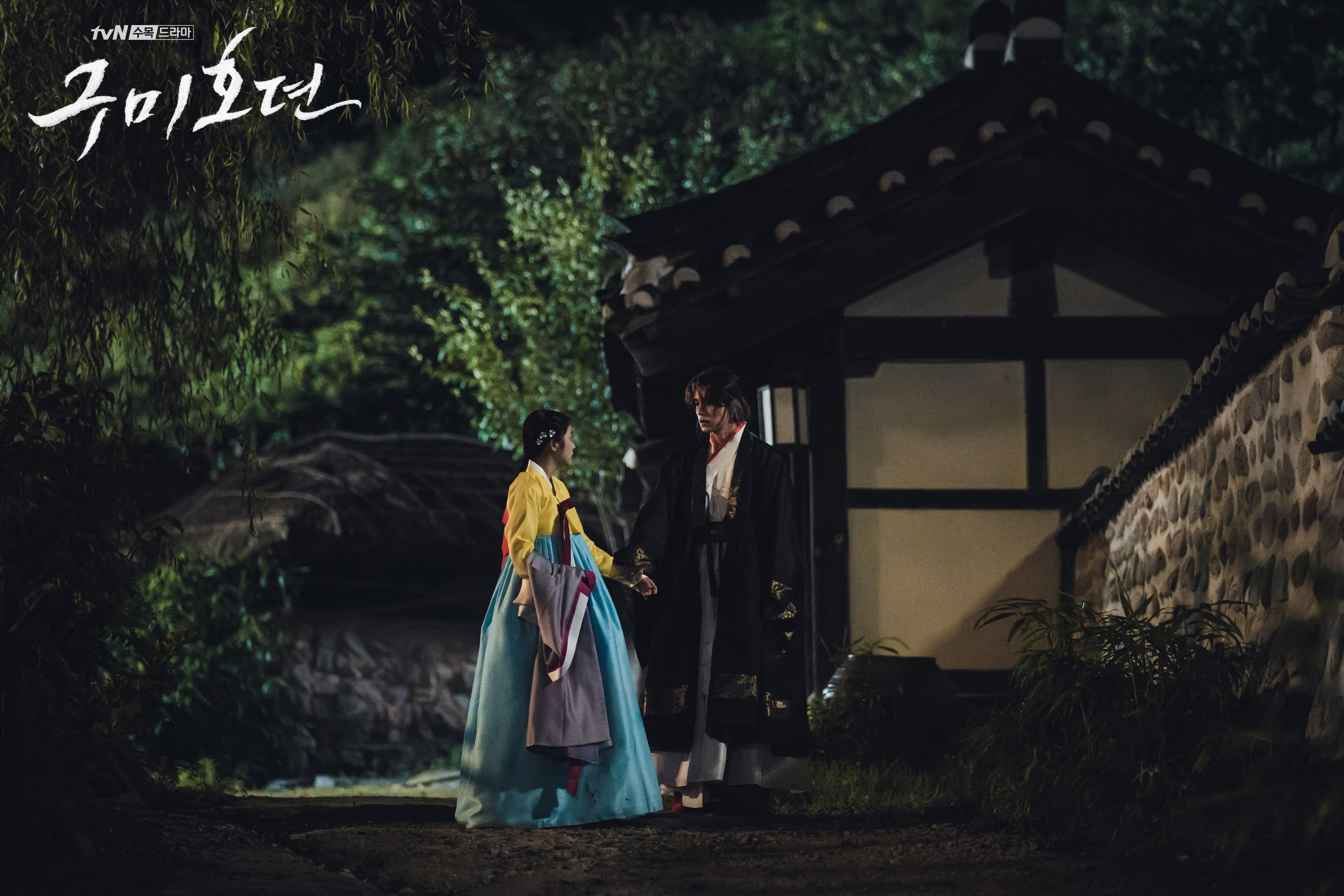 As Lee Yeon previously revealed that a fox must always return the favor they receive, it may be that Lee Yeon will give Ah Eum a token of gratitude. Whether he does or not will provide a hint as to how the relationship between Lee Yeon and Nam Ji Ah will unfold now that they have overcome the schemes of the monster Eodukshini (Shim So Young).

The scene in which Ah Eum hides Lee Yeon was filmed in September. Lee Dong Wook and Jo Bo Ah had already filmed several action scenes together by then, so they were already accustomed to having active scenes. Lee Dong Wook complimented her when Jo Bo Ah rehearsed the scene with powerful movements, and the atmosphere on set grew bright. Once the cameras started rolling, the two actors immersed in their characters so fully that they needed some time to calm down from the overwhelming emotions after the scene.

The production team shared, “Lee Dong Wook and Jo Bo Ah are leading the love story between a mountain spirit and a princess fantastically with their outstanding acting chemistry. Keep an eye out for how this scene where Ah Eum protects Lee Yeon with her sseugae chima returns to the two of them like a boomerang.”