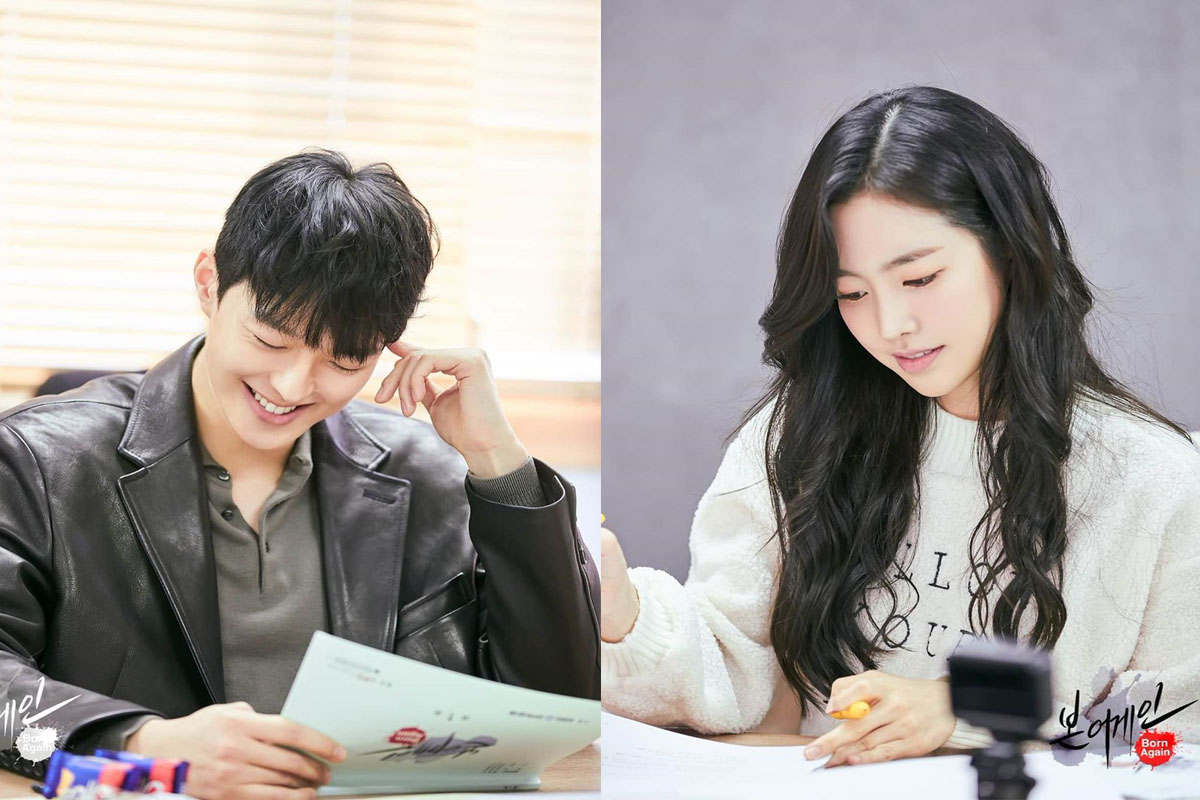 Described as a “mystery melodrama about reincarnation,” “Born Again” will tell the story of three people and their entangled fates, which remain interconnected even as they lead new lives after being reincarnated. Jang Ki Yong, Jin Se Yeon, and Lee Soo Hyuk will each be taking on two different roles in the drama.

On April 16, KBS 2TV released new stills of the fateful first encounter between Cheon Jong Beom (Jang Ki Yong) and Jung Sa Bin (Jin Se Yeon). Jung Sa Bin comes running after hearing that the long-awaited book came in, but the book is already in the hands of Cheon Jong Beom. In other photos, Cheon Jong Beom is writing something in a book while Jung Sa Bin stares at him with an uneasy expression. She is gripping her cup of coffee tightly, and there is slight tension in the air as he stares back at her.

It has been more than 30 years since they faced each other. The two characters aren’t unable to recognize each other because in the past, Cheon Jong Beom was a lone wolf named Gong Ji Cheol while Jung Sa Bin was a bookstore owner named Jung Ha Eun. However, they immediately connect, and viewers are curious about how their relationship will progress in the present.