On the November 25 broadcast of tvN’s “You Quiz on the Block,” Gong Yoo become a guest appearance and talked about his true self, his “Goblin” co-star Lee Dong Wook, and more!

While the hosts were talking with the star, Jo Se Ho asked, “What is it like to live as Gong Yoo?” The actor responded, “I’ve never thought about that.” He then shared that he’s just living a simple life and added, “There are a certain image and fantasy that my past roles and projects have created for me, but as Gong Ji Chul [Gong Yoo’s birth name] and not Gong Yoo, I’m just normal. Nothing stands out.”

When being asked about his true personality, Gong Yoo said, “I’m more absentminded than people think, and I’m not very affectionate because it makes me cringe.” He went on to compare himself to his “Coffee Prince” character, saying, “Choi Han Gyul was sweet to his family. My mother told me to be more like that in real life.”

The actor also said that he’s not the type of man women like. He explained, “I don’t tend to be bold or courageous when it comes to love. If anything, I can only confess my feelings if I become one of my characters because it’s comfortable thinking that it’s not actually me. But being the real Gong Ji Chul is hard.”

He added, “That’s why I enjoy acting. I get to become a character who’s not me and do everything that I couldn’t do because I was too shy or embarrassed in real life. There’s a sense of satisfaction that comes with that.”

Later in the episode, the hosts mentioned that they’ve heard from someone that Gong Yoo can be upset easily. Gong Yoo suspected that this “someone” was his “Goblin” co-star Lee Dong Wook. He then brought up the coffee and snack truck that Lee Dong Wook sent to the recording location of “You Quiz on the Block.”

“Why did he send that?” Gong Yoo joked. “He’s a clever one.” Gong Yoo then said, “He’s killing three birds with one stone,” describing how Lee Dong Wook is trying to win over Gong Yoo and the two hosts.

Gong Yoo went on to describe Lee Dong Wook as sly. “He’s like an actual fox,” Gong Yoo said, referring to Lee Dong Wook’s one of his roles as a gumiho (mythical nine-tailed fox) in “Tale of the Nine-Tailed.”

The actor also stated that “I don’t get upset easily. Instead, I’d say that others often get upset because of me.” In response, Yoo Jae Suk joked, “Seeing that you have a lot to say about this, it looks like you’re actually upset.” 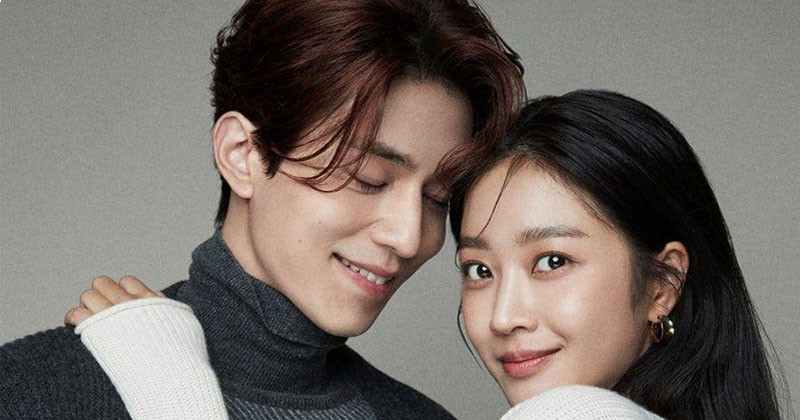