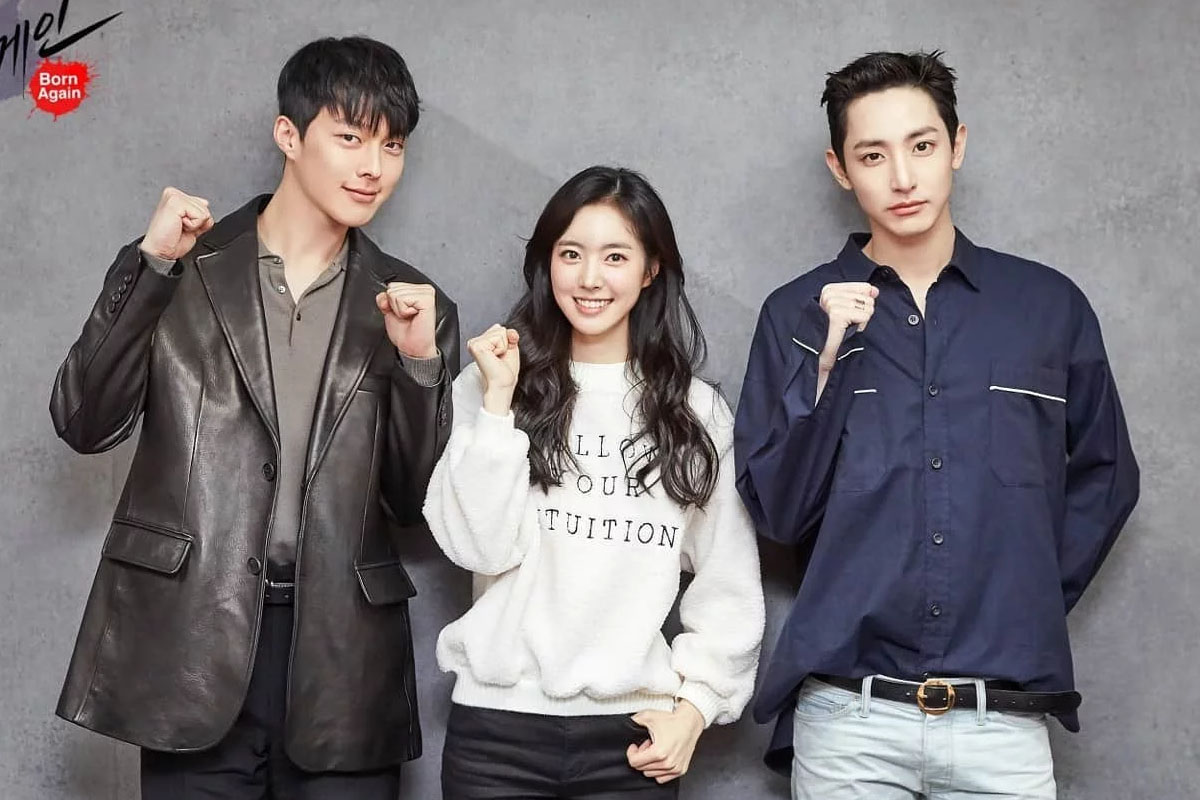 'Born Again' has released a special poster that reveals relationships that contain many of the characters' interesting...

'Born Again' has released a special poster that reveals relationships that contain many of the characters' interesting stories.

Also, the different expressions of three people seem to be mixed with a variety of emotions such as love, sadness, vigilance, etc... make people more curious. Not only that, but also forecast the relationship between the three people cannot be severed. First, Gong Ji Chul (Jang Ki Yong) - a sad and lonely person in the 80s - is in love with Jeong Ha Eun (Jin Se Yeon) - the owner of the bookstore, who sends mercy to him. Cha Hyung Bin (Lee Soo Hyuk) - who is facing Gong Ji Chul - the object of engagement to Jeong Ha Eun.

On the other hand, now, the characters who became the bone archaeologist Jeong Sa Bin (Jin Se Yeon), the examiner Kim Soo Hyuk (Lee Soo Hyuk) and the medical student Cheon Jong Beom (Jang Ki Yong) who ask questions how about a relationship. Eventually what they achieved in their previous lives and the new relationship in modern life after revival is drawing more attention.

The new Thus Monday drama 'Born Again' (KBS2) is gradually revealing more hint through the special poster and the character relationship will air the first episode at 8 pm (KST) on April 20.