A very common trope in the world of K-dramas is the rich/poor trope where one of the main leads is incredibly rich and the other lead is incredibly poor.

This often adds to the romance and drama of the series in that the poor character is always trying to figure out a way to achieve their dreams in order to make more money. While doing this, there seems to always be a romantic relationship that develops. Here are eight K-dramas that have this trope that many have come to know and love.

For more titles, check out part one of this feature here. Ahn Hyo Seop plays chaebol Kang Tae Moo who falls in love with Shin Ha Ri (Kim Sejeong), a woman he meets on a blind date. What he doesn’t know about Ha Ri is that she is stepping in for her best friend who doesn’t want to go on the blind date in the first place. After discovering that he was tricked, he offers Ha Ri the opportunity to be his fake girlfriend for the time being.

“A Business Proposal” was the unexpected surprise of the year. With all the classic K-drama tropes in one series, the rich/poor trope being one of them, it managed to sweep the hearts of fans everywhere. Tae Moo, the chaebol who is also Ha Ri’s boss, is cold at first, but as he develops feelings for Ha Ri, he becomes irresistibly sweet. Ha Ri would no longer have to worry about making ends meet with this chaebol by her side! 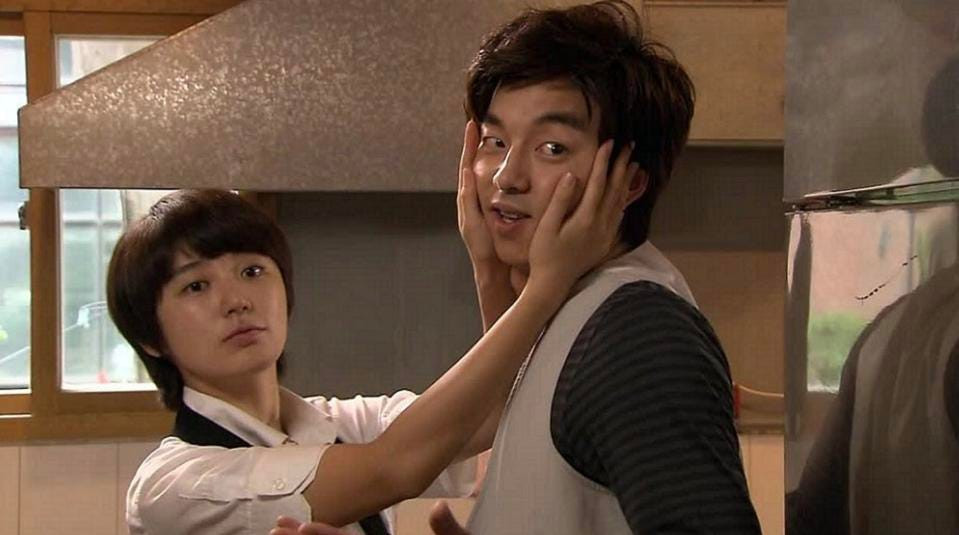 “Coffee Prince” is about a tomboy named Go Eun Chan (Yoon Eun Hye) who gets a part-time job at a coffee shop owned by Choi Han Kyul (Gong Yoo). The two leads end up in a complicated relationship where Han Kyul falls in love with Eun Chan while thinking she’s a boy, and Eun Chan doesn’t muster up the courage to reveal her real gender to Han Kyul. It’s a whirlwind of a romance.

The obvious classic on this list and one that definitely has the rich/poor trope, “Coffee Prince” is a rom-com that has continued to win hearts. Go Eun Chan plays the poor girl who takes on several part-time jobs to make ends meet. She gets a job as a barista at a coffee shop and also gets involved with her boss Han Kyul. Seeing how much Han Kyul falls for Eun Chan and how much he’s willing to look past things in order to be with her has made this series one that fans keep close to their hearts. It’s a must-watch! Jang Nara stars in “Fated to Love You” as a regular, plain girl named Kim Mi Young. Fatefully, she meets Lee Gun (Jang Hyuk) one day, and the two have a one night stand. This results in a pregnancy that forces them into marriage. Although they are not sure about their feelings for each other, Lee Gun pushes Kim Mi Young away.

The adorable duo of Jang Hyuk and Jang Nara reunited in “Fated to Love You,” bringing us this memorable romantic comedy. Jang Hyuk is a chaebol while Mi Young is a regular office worker. The dynamics in their relationship take viewers on a rollercoaster of emotions, and with the added angst of the second lead Danny (Choi Jin Hyuk), the storyline is absolute perfection. This series also includes one of the most heartfelt proposals in all K-drama history – bonus! Go Eun Sung (Han Hyo Joo) has had a lot of bad luck in her life, which has led her to live a life of being poor. She works really hard to try and fulfill her dreams. Fatefully, she meets the CEO of a food company who is a grandmother and has gotten amnesia. Eun Sung takes care of the grandmother, and when she gets her memory back, the CEO hires her to work for her company, but she has to get along with the grandmother’s grandson named Seon Woo Hwan (Lee Seung Gi).

This whole series is driven by Go Eun Sung trying to find a way to make money. When she meets the incredibly wealthy Seon Woo Hwan, she not only falls in love with him, but she gets the opportunity to attain a lot of wealth. Seeing the dynamics between the two main leads and how opposite they are in personality and social class only makes the love story that much more romantic. There is something about seeing an underdog achieve success that really tugs at the heartstrings. 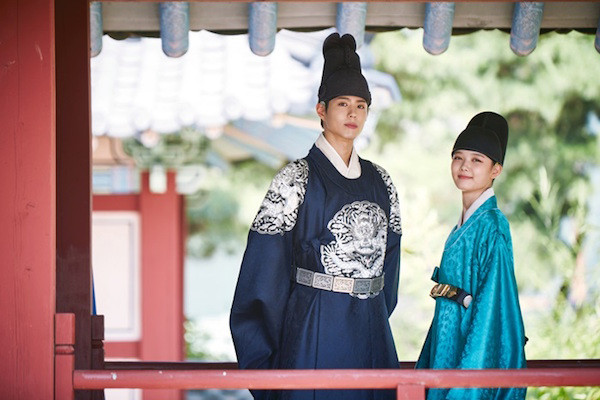 Hong Ra On (Kim Yoo Jung) is a eunuch for Crown Prince Lee Young (Park Bo Gum). Lee Young is completely unaware that one of his eunuchs, who are all supposed to be men, is actually a woman. He starts to notice Ra On and is drawn to her, which leads him to take a lot of risks and make a lot of sacrifices in order to be with her.

This series was a major hit domestically in South Korea and for obvious reasons. No one could get enough of the adorable chemistry as well as the story of the eunuch and Crown Prince. With the obvious rich/poor trope surrounding the story, it made things that much more sweet when the Crown Prince discovers that his eunuch is actually a woman. The prince wanting to jump through all those massive hoops to be with a eunuch is unheard of, which is why this story is so compellingly beautiful! A more recent drama that deserves a spot on this list, “Romance Is a Bonus Book” stars Lee Jong Suk as Cha Eun Ho, a writer and editor of a publishing company, and Lee Na Young as Kang Dan Yi, a mother who’s trying to get back into the workforce. The two met when they were children, and in a twist of events, became best friends. Fast forward to when they’re adults, Dan Yi gets a divorce and has to find a job in order to support her daughter. She turns to Eun Ho to help her, and Dan Yi ends up getting a job at the same company as Eun Ho.

With Dan Yi being a mother who is past her prime years of finding a career, it made it that much more encouraging and hopeful when she gets a position working at a publishing company. It also helps that her good friend who happens to be head over heels in love with her is wealthy and is able to give the hook-ups to get into the company. Seeing their romance come into fruition is just the icing on top of the cake! Moon Kang Tae (Kim Soo Hyun) works as a caregiver in a psychiatric hospital. He meets a woman named Go Moon Young (Seo Ye Ji) who writes dark children’s books, and she takes a strong liking to him. She is determined to win Kang Tae’s heart, but Kang Tae can’t be bothered with romance and relationships because he is devoted to taking care of his older brother Moon Sang Tae (Oh Jung Se) who is on the autism spectrum.

With the lavish clothes and mansion that Go Moon Young lives in, she embodies that wealthy life. So when she meets Kang Tae and his brother Sang Tae, who are living out of a small apartment and trying to make ends meet, their lifestyles couldn’t be any more different. Despite being complete opposites, Moon Young needs Kang Tae in her life and is willing to do anything in her power to make it happen. This passion and drive make for an emotional ride as their love story progresses. 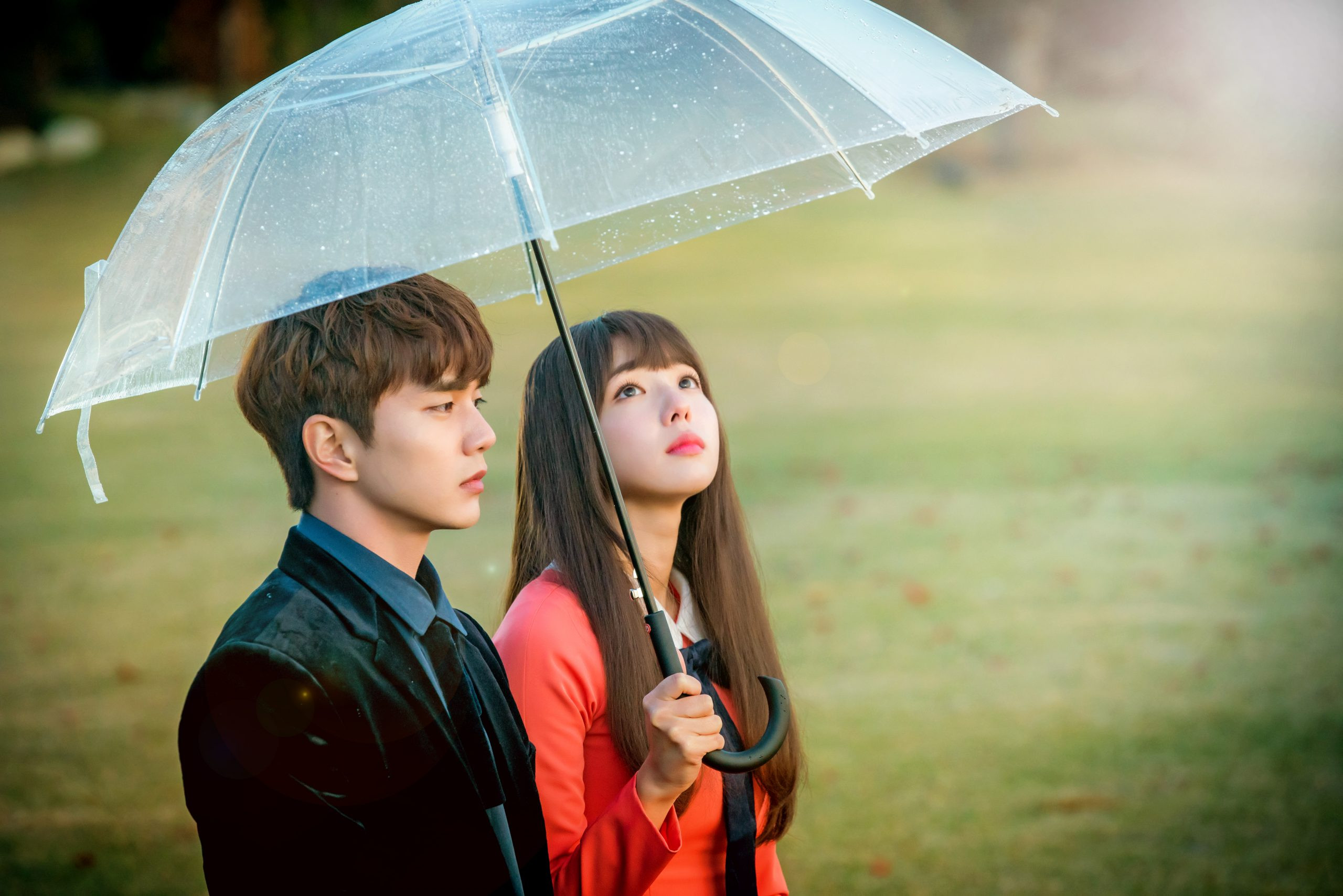 Yoo Seung Ho as Kim Min Kyu and Chae Soo Bin as Jo Ji Ah are two main leads I would love to see again on the small screen. When Min Kyu gets himself a robot, he finds himself getting attracted to it. But it is later revealed to him that his robot is, in fact, a human. This results in a heartbreaking trial of broken trust as the two leads also long to be with each other.

Jo Ji Ah is so poor that she’s willing to be a fake robot in order to get paid. But when she starts to develop feelings for her “master” Kim Min Kyu, it makes for an awkward relationship but a necessary one. This romantic comedy is unique, and seeing the two work past their differences gives all the butterflies. It’s a definite must-watch, especially if you love the rich/poor trope!