Although having a brother can often times be more annoying than a blessing, it doesn’t take away from the fact that a brother will be there for you through thick and thin.

There are many brothers in K-dramaland that exhibit the characteristics that you would want to have in a brother in real life. They are loving, protective, and just an all around best friend. Here are eight of those brothers from K-dramas that we wish we had in real life. 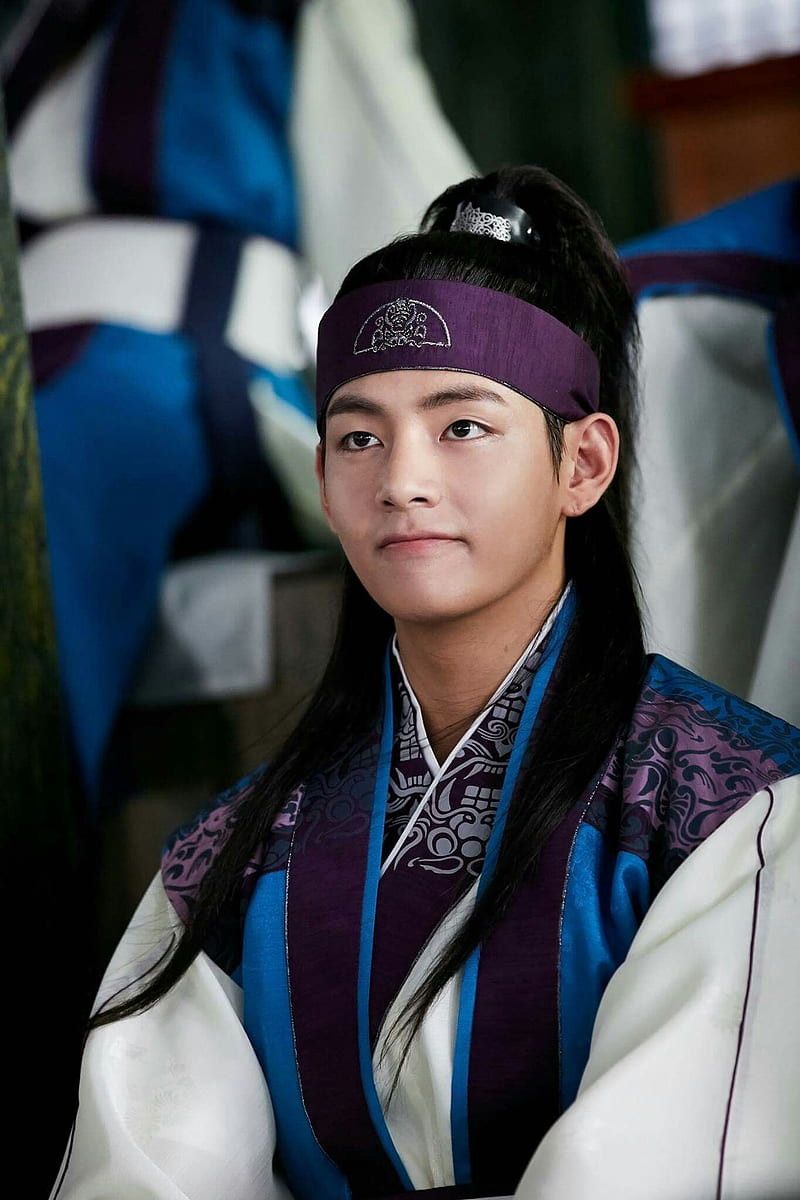 “Hwarang” tells the story of a group of knights who are very pretty and also fight very well. When Aro (Go Ara) meets Moo Myung (Park Seo Joon), the two develop a romantic relationship. But Moo Myung is best friends with Aro’s older brother, and since her brother passes away, the meeting between Moo Myung and Aro is much more emotional. Then you have the Crown Prince, Sam Maek Jon (Park Hyung Sik), who charms his way into Aro’s heart. Although she does find him intriguing, she can’t help but fall in love with Moo Myung.

In this series, Kim Taehyung plays the adorable brother (technically half brother) of Dan Sae (Kim Hyun Joon). His innocent and carefree personality would make him the perfect sibling to have in real life. Despite the burden he carries and family issues, he is always so positive, and he gets along well with everyone. Even the fact that he is willing to do anything for Moo Myung shows how selfless and caring he is. Sounds like the perfect candidate to have as a brother!

2. Seo Kang Joon from “Cheese in the Trap” “Cheese in the Trap” is based on the successful webtoon written by Soonkki. When Yoo Jung (Park Hae Jin) develops feelings for Hong Seol (Kim Go Eun), he is the first to confess. Without putting much thought into it, Hong Seol accepts his confession, and the two start dating. Meanwhile, Seol has gotten very close to In Ho (Seo Kang Joon), who is Jung’s sworn enemy. Seol is constantly caught in the middle and this acts as a huge stress factor for her.

When In Ho isn’t busy following Hong Seol around, he is the best brother. He is the type of brother who will act like he doesn’t care, but will protect you no matter what. He’s got a chip on his shoulder, but if anyone messed with you, he would be there for you until the end. His loyalty and responsibility as your sibling would outweigh any logic, which was the case in “Cheese in the Trap.” Despite being taken advantage of by his sister, he felt bad for her and gave her everything she wanted. He is the sweetest brother ever. 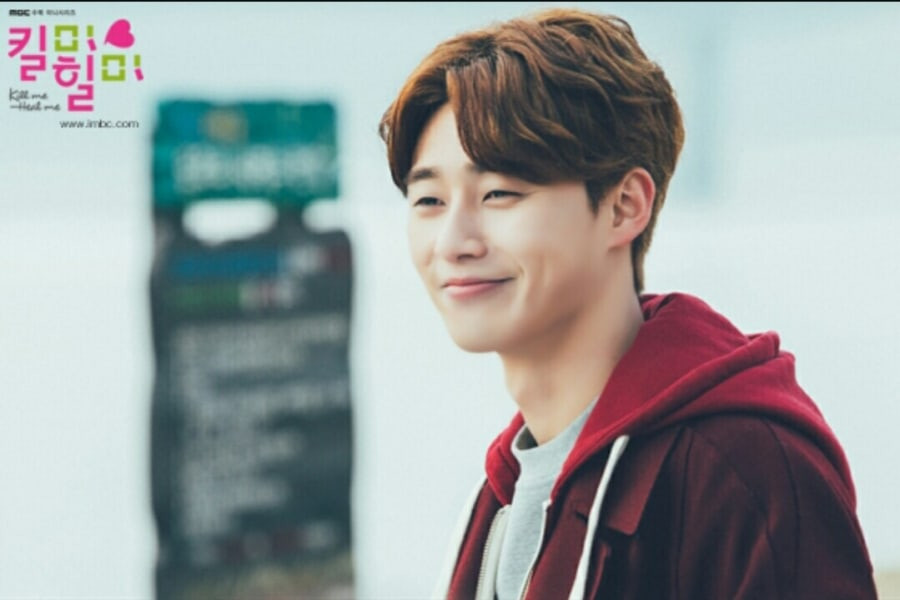 “Kill Me, Heal Me” is about a wealthy man named Cha Do Hyun (Ji Sung) who struggles with multiple personality disorder as a result of a traumatic experience he had as a child. To be more specific, he has seven personalities, one of which is also in love with the female lead, Oh Ri Jin (Hwang Jung Eum).

Park Seo Joon plays Oh Ri On, the brother of Ri Jin whom one of Do Hyun’s personalities is also head over heels in love with. One of the most endearing aspects of Ri On is his undying devotion for his sister. The two had such an open relationship in that they were able to share what was bothering them and find strength from each other. Ri On is the type of brother you need when life gets tough. 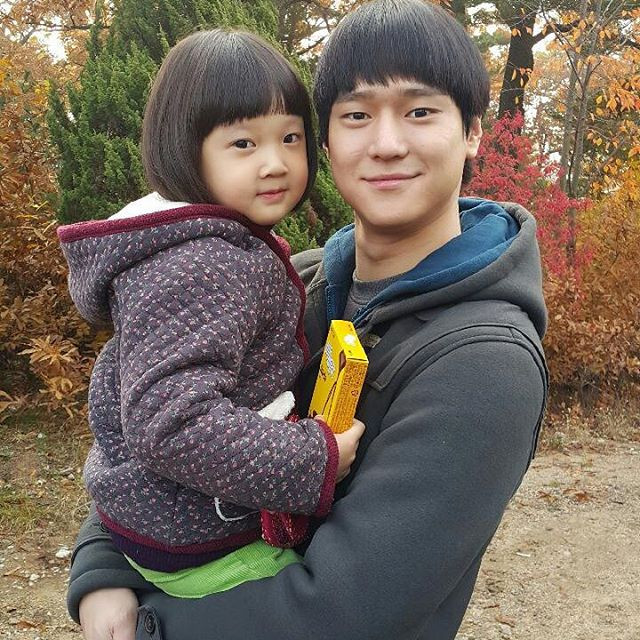 Sung Deok Sun (Hyeri) and Choi Taek (Park Bo Gum) have been best friends since they were kids. They hang out together all the time and are super comfortable around each other, which is why it’s only natural that Choi Taek ends up falling for Deok Sun. The difficult part about this situation is that their mutual friend Jung Hwan (Ryu Jun Yeol) also has feelings for Deok Sun.

Could there be a cuter interaction? In the drama, Go Kyung Pyo plays Sun Woo, the much older brother of Jin Joo (Kim Seol). With a doting younger sister, Sun Woo is willing to do anything to make her smile. These two had such a real sibling relationship that Kim Seol visited Go Kyung Pyo on a variety show after the series ended! If anyone were to have an older brother like Sun Woo who is always there for you, life would be pretty complete. 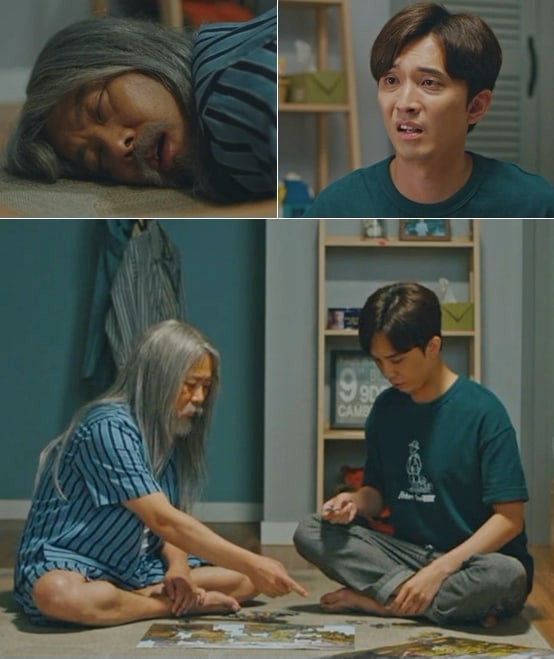 “Melting Me Softly” stars Ji Chang Wook as Ma Dong Chan and Won Jin Ah as Ko Mi Ran. Ma Dong Chan is a variety show producer who gets the opportunity to be frozen for 24 hours, but instead of waking up after a day, he wakes up 20 years later. When he discovers that Mi Ran was also frozen for 20 years, the two work together to try and figure out what happened.

Count on Ko Nam Tae to recognize his older sister after it’s been over 20 years since last seeing her. Ko Nam Tae has a special relationship with his sister that is deep and meaningful. The two rely on each other to get through life’s hardships, and they are also there for each other to de-stress. It would be a blessing to have a brother who looks up to his sister this much and is willing to do anything for her! Moon Ga Young plays Lim Ju Gyeong, a girl who feels that she is unattractive, so she takes it upon herself to become an expert in makeup. When she goes to a new high school and meets Lee Su Ho (Cha Eun Woo), the two end up falling in love. There is also the added bonus of Hwang In Yeop’s Han Seo Jun, who also happens to fall in love with Ju Gyeong.

As if Han Seo Jun wasn’t already perfect enough, him being an older brother to Han Go Woon (Yeo Joo Ha) shows that he’s beyond perfection. Seo Jun’s protective nature over his little sister and their adorable close-knit relationship was so sweet to see. He was always concerned about her and wanted to make sure that she wasn’t having a hard time in school. Having a brother like Seo Jun who is cool but never embarrassed to show his affections for his family members would be such a gift!

7. Kim Young Dae in “The Penthouse” Lee Ji Ah, Kim So Yeon, and Eugene star as three wealthy woman who live in a luxurious complex that is catered to the higher-ups in the city. Their children attend an elite arts school, and they are willing to do anything to keep the image of their families and children in tact no matter what the cost – even if it means killing someone. This high society and group of families start to get themselves involved in matters that are far above their heads and are forced to lie to each other to save themselves.

Joo Seok Hoon (Kim Young Dae) and his twin sister Joo Seok Kyung (Han Ji Hyun) went through a lot as siblings. Under the control and wrath of their crazy father, they had a difficult upbringing. Joo Seok Hoon was the perfect brother in that he would always offer emotional support to his sister. He would even offer to get hit from their dad in place of his sister. Seok Hoon’s worry and love for his sister was so strong that there was nothing he wouldn’t do for her. Kang Ma Ru (Song Joong Ki) is on a mission to get revenge on the woman who ruined his life. Ma Ru made the biggest mistake of his life when he took the blame for a crime that was committed by a woman he loved named Han Jae Hee (Park Si Yeon). After spending time in jail and having thrown away his promising future, Ma Ru decides to do whatever he can to take Jae Hee down.

Kang Ma Ru is not a perfect person, but as an older brother, he’s willing to do anything for his little sister Cho Ko (Lee Yu Bi). He has nothing to his name, and Cho Ko suffers from an illness, but this doesn’t stop Ma Ru from making sure that she is always taken care of. His priority in life before anything else is his younger sister, which is endearing considering how much he has been through and how much it seems like he doesn’t care about anything. He’s an affectionate and reliable brother that anyone would be lucky to have!