7 Silly, Light, And Feel-Good K-Dramas To Start Your Year With 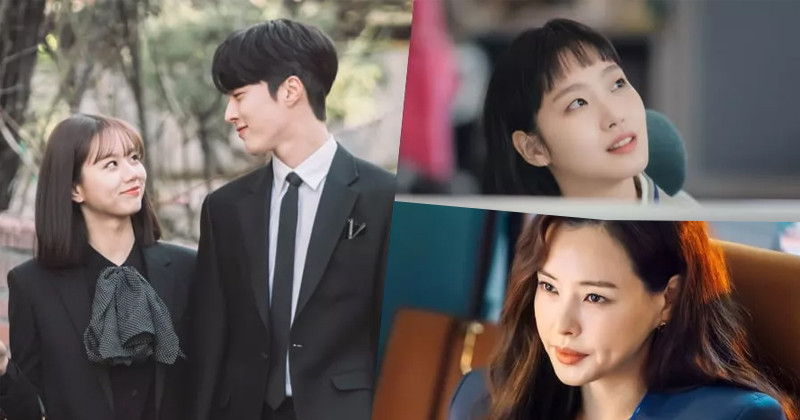 There’s something about the winter season that makes you want to reach out for fun and uplifting dramas. Maybe it’s the cold getting to you, or you just want a jolly good time after a long, hard year.

Well there’s also no better way to kick off the new year than by catching up on some feel-good dramas. Here are seven dramas from 2021 that are bound to give you that warm, fuzzy feeling! Jo Yeon Ju (Honey Lee) is a boisterous and outspoken prosecutor who suffers amnesia after a car crash. When she wakes up, she is mistaken as Kang Mi Na, the meek daughter-in-law of the conglomerate Hanju Group and is unwittingly embroiled in the power struggle in Hanju Group. As Yeon Ju struggles with regaining her memories, Mi Na’s in-laws are also puzzled by how different their daughter-in-law has become after the accident.

Aptly titled “One The Woman,” this drama is indeed a one-woman show. Its success hinges on the performance of the main lead Honey Lee, and boy, does she deliver! Playing two different characters, Honey Lee is dynamic and charismatic. She fills the screen with so much screen presence and is just a hoot to watch. The earlier scenes with Yeon Ju playing as Mi Na are riotous. It’s absolutely hilarious and satisfying to watch Mi Na’s family be gobsmacked by the new, tough, and opinionated Mi Na. “Mr. Queen” follows Jang Bong Hwan (Choi Jin Hyuk), an arrogant and ill-mannered chef who finds himself one day in the body of a young Joseon lady, Kim Soyong (Shin Hye Sun), who is due to marry King Cheoljong (Kim Jung Hyun).

The drama serves up fun and wacky time-traveling hijinks, plus there are plenty of laugh-out-loud moments. From Bong Hwan’s struggles to adapting to life as the Queen to the just as hilarious supporting characters, there’s never a dull moment with this drama. And you simply won’t be able to tear your eyes away from Shin Hye Sun’s phenomenal comedic performance. What a star! 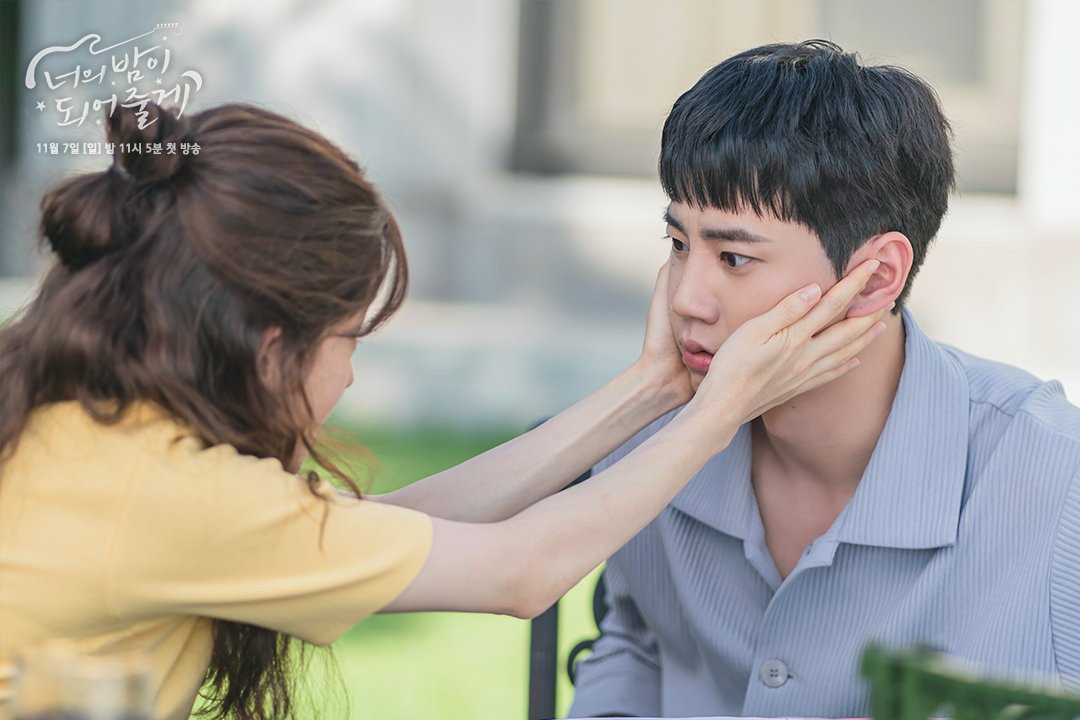 Yoon Tae In (Lee Jun Young) is the leader of a highly popular K-pop group called LUNA. In order to cure Tae In’s sleepwalking, his CEO engages In Yoon Joo (Jung In Sun) as a doctor to live with the idol group. But it’s a case of mistaken identity because Yoon Joo is not actually a doctor.

“Let Me Be Your Knight” is the most light-hearted out of all the idol-centered K-dramas in 2021. It’s a fun and trope-filled romantic comedy between an idol and his fake doctor. It might be predictable at times, but there’s comfort in familiarity too. Also, the drama features good music and a sweet romance, so what’s not to love? 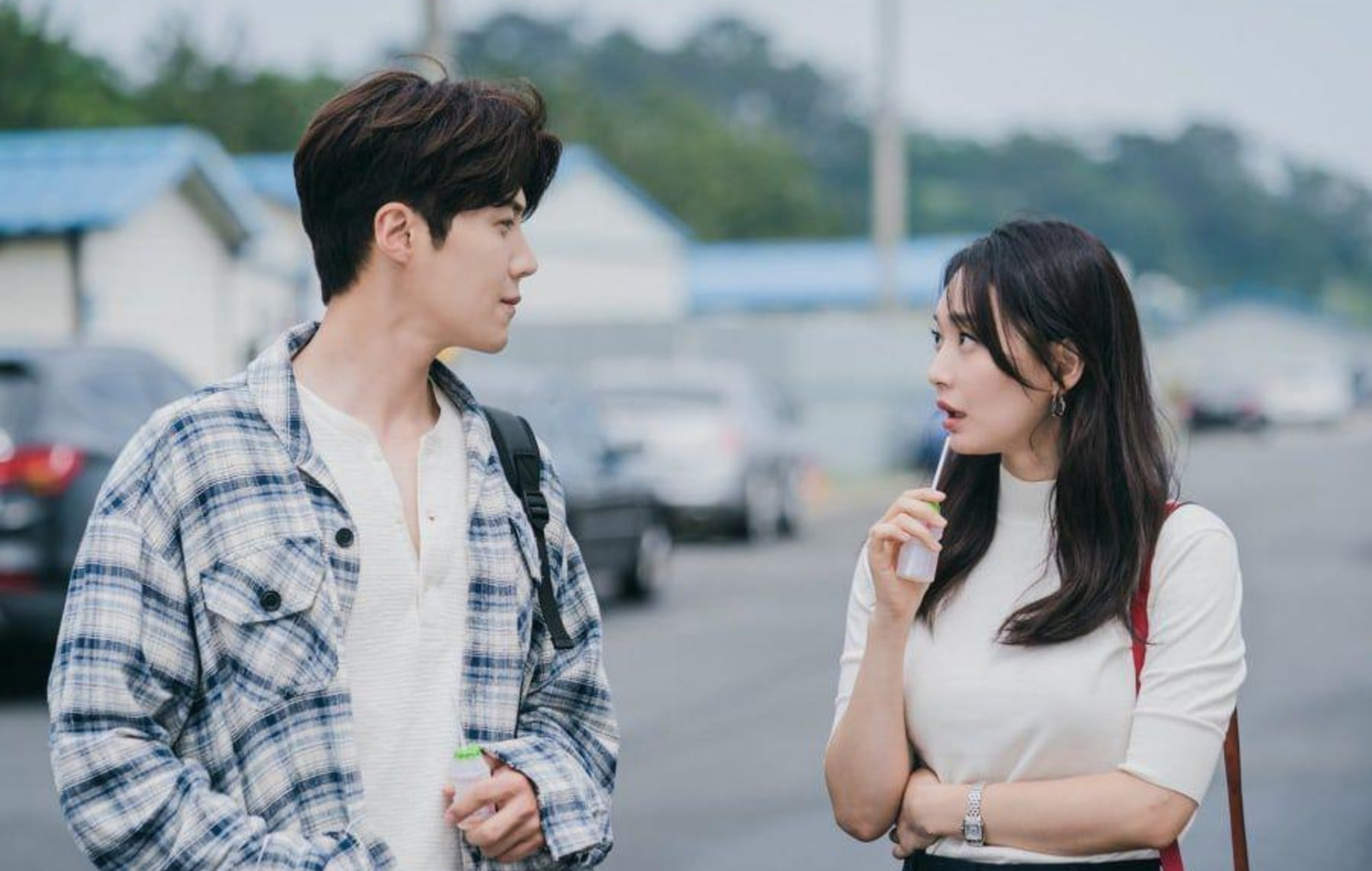 Breezy and light, “Hometown Cha-Cha-Cha” is an easy-to-watch and charming drama. There aren’t many dramatic events, but the lovely main couple and the endearing residents will grow on you and draw you in to the little town of Gongjin. By the end of it, you will be reluctant to let them go!

In the drama, Shin Min Ah plays Yoon Hye Jin, a dentist who quits her job in the city. She decides to go to a small town to start afresh. In Gongjin, she meets Hong Doo Shik (Kim Seon Ho), who helps her whenever she encounters any difficult situations.

The two main leads are adorable together so I appreciate that their poor first impressions set-up did not last long, and they quickly form positive feelings. They are supportive and warm toward each other and also toward their friends and the community. “Hometown Cha-Cha-Cha” is like a bowl of home-cooked noodle soup that will warm your heart during the cold winter. 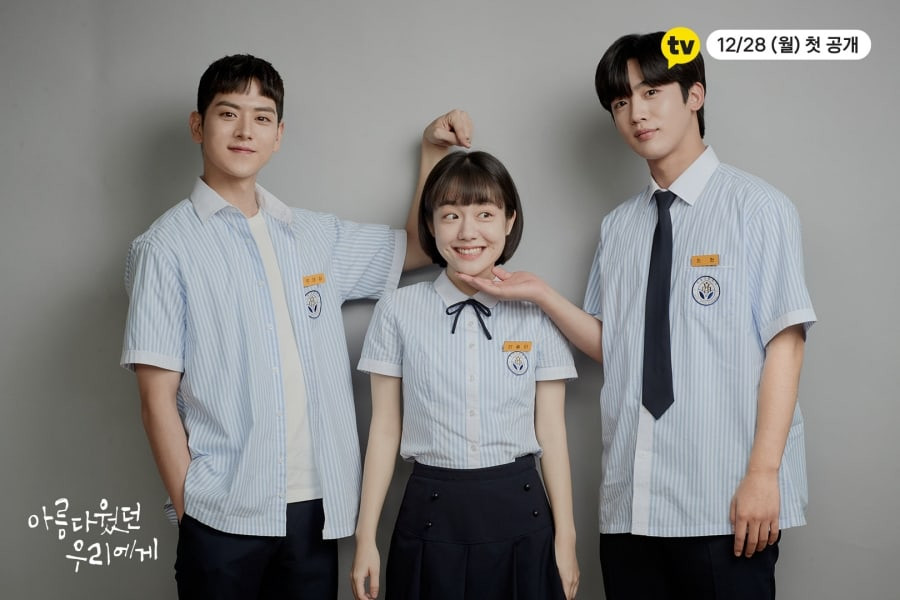 Nothing says fun and light like a high school rom-com. “A Love So Beautiful” is a remake of the highly popular Chinese original of the same name, which aired in 2017. The drama is simple, cute, and mostly fluff. Each episode is 25 minutes long, making it an easy watch and nothing too serious. It’s a great break from a year of intense thrillers and emotionally-charged romance dramas.

The setup might be familiar to you. Shin Sol Yi (So Ju Yeon) is a bright and cheerful girl who has a crush on Cha Heon (Kim Yo Han), an aloof and studious boy. The drama follows them as they journey through adolescence into adulthood. There’s a love triangle, but the stakes are low. Our main couple is also adorable, and the supporting characters are mostly earnest and endearing too. Sometimes you just want a drama that doesn’t require too much of your brain cells, and “A Love So Beautiful” is that kind of feel-good drama with plenty of cute moments. Speaking of brain cells, “Yumi’s Cells” is a charming romantic comedy that mixes live action with animation. The drama features animated scenes of the cells living in our protagonist, with the cells representing the emotions, feelings, and basically everything that gets a person going.

After a painful breakup, Kim Yumi’s (Kim Go Eun) love cell falls into a deep coma. While her surrounding cells work tirelessly to revive the fallen cell, Yumi spends her days stuck in the grind of everyday life. With a broken heart and no romantic prospects, Yumi’s love cell remains in a comatose state until the appearance of Goo Woong (Ahn Bo Hyun).

The drama is never formulaic; it is refreshing and empathetic. The animated cells and the characters will make you laugh while being super relatable. Plus, Kim Go Eun is stellar in her role. Her nuanced and heartfelt portrayal will draw you into the world of Yumi and get you rooting for her to find the happy ending she deserves! “My Roommate Is a Gumiho” is a fun and light-hearted fantasy rom-com about a college student named Lee Dam (Girl’s Day’s Hyeri) who accidentally swallows a magic bead. The magic bead belongs to a 999-year-old nine-tailed fox, Shin Woo Yeo (Jang Ki Yong), who needs the bead to finally become a human. Both of them decide to stay together while Woo Yeo figures out a solution to retrieve the magic bead from Lee Dam.

The drama is actually funnier than you might expect! Yes, it’s heart-fluttering and sweet, but the drama also really leans into the comedy. A little silly at times, it will definitely put a smile on your face. The leads have great chemistry too. You can’t help but swoon when they are together! They are just plain fun and entertaining to watch, so if you’re in the mood for something a little fantastical and funny, then “My Roommate Is a Gumiho” is perfect. 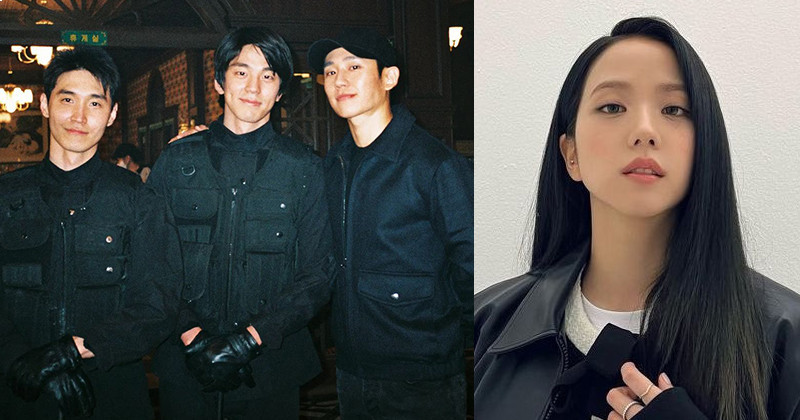 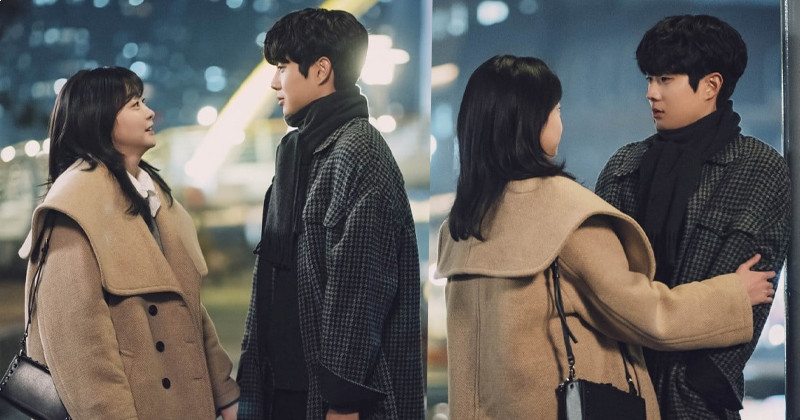