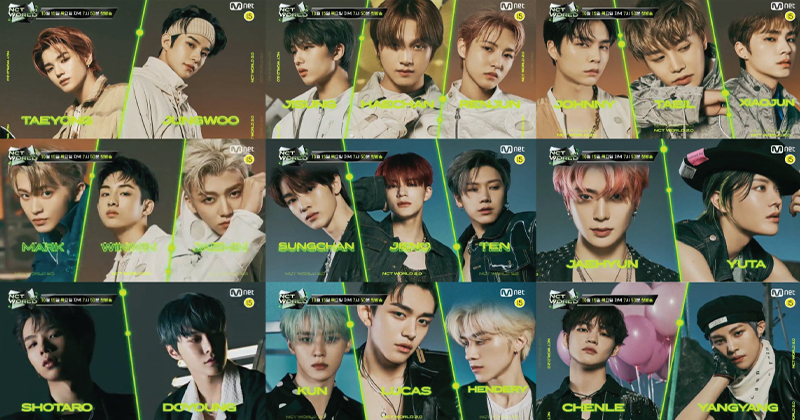 NCT has been on various TV shows since their debut in 2016, but this is the first time the boys will meet fans on a reality program where 23 members appear together. 'NCT World 2.0' is expected to capture NCT's charm in several different time and space, being the idol's first multiverse reality show.

'NCT World 2.0' will incorporate NCT's "Infinite Openness" and "Infinite Extensions" in eight episodes by applying the largest set, blockbuster devices, and the latest technology suitable for the pandemic era, fit for 23 individuals. The members will give off fresh and healthy charms through sports and experience activities in multiple time and space, such as sky, sea, and land, while engaging in a chasing game with an unusual concept. Also, NCT is scheduled to have a special on-tact show to communicate with fans around the world.

The teaser video released today depicts NCT carrying out missions in a set of 27 cubes. In particular, new members Sung Chan and Shotaro are among the 23 faces, raising expectations for the show.

Meanwhile, NCT is expected to make a comeback with their second full-length album 'NCT - The 2nd Album RESONANCE Pt.1' on October 12, drawing attention from even non-fans. A total of 23 members will participate in the album, including songs that will show off the charms of NCT 127, NCT DREAM, and WayV as well as the combination team NCT U.