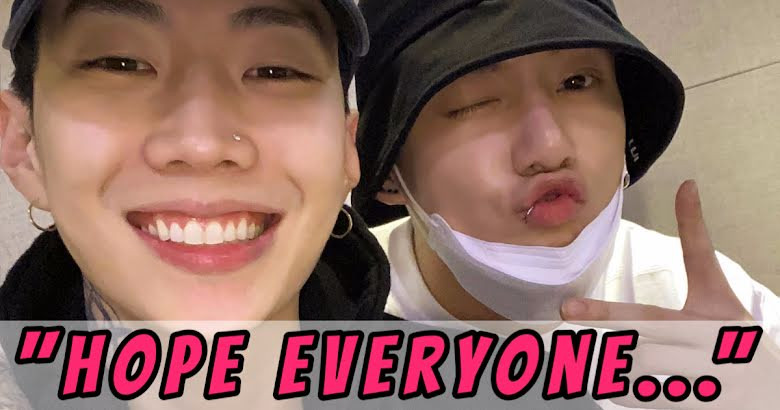 Netizens called him “hypocritical” and more.

BTS‘s Jungkook and Jay Park recently shared photos from their hangout that naturally garnered a lot of attention. 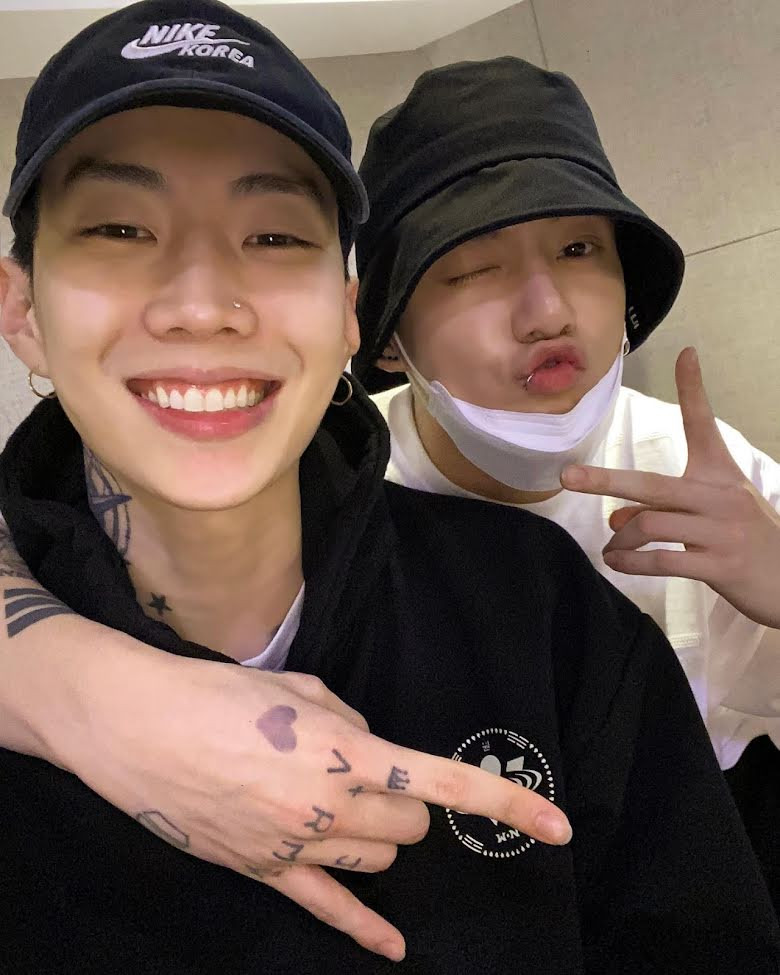 On April 19, Jay Park posted two pictures of himself with Jungkook on his social media accounts, including Twitter and Instagram. In the second photo, the pair is even posing in a recording studio, causing speculation regarding a collaboration. Jay Park captioned his posts differently depending on the social media platforms but both with praise for BTS’s maknae. He complimented Jungkook for everything from his mindset and humbleness to talent and boxing.

Even though he’s at the top, he has a growth mindset and and he’s humble. What a stud… Plus he’s good at boxing…
After i met Jk i can definitely can see why they get so much love. Humble, [ambitious] and talented 💯🔥🇰🇷🇰🇷 — Jay Park’s Instagram caption 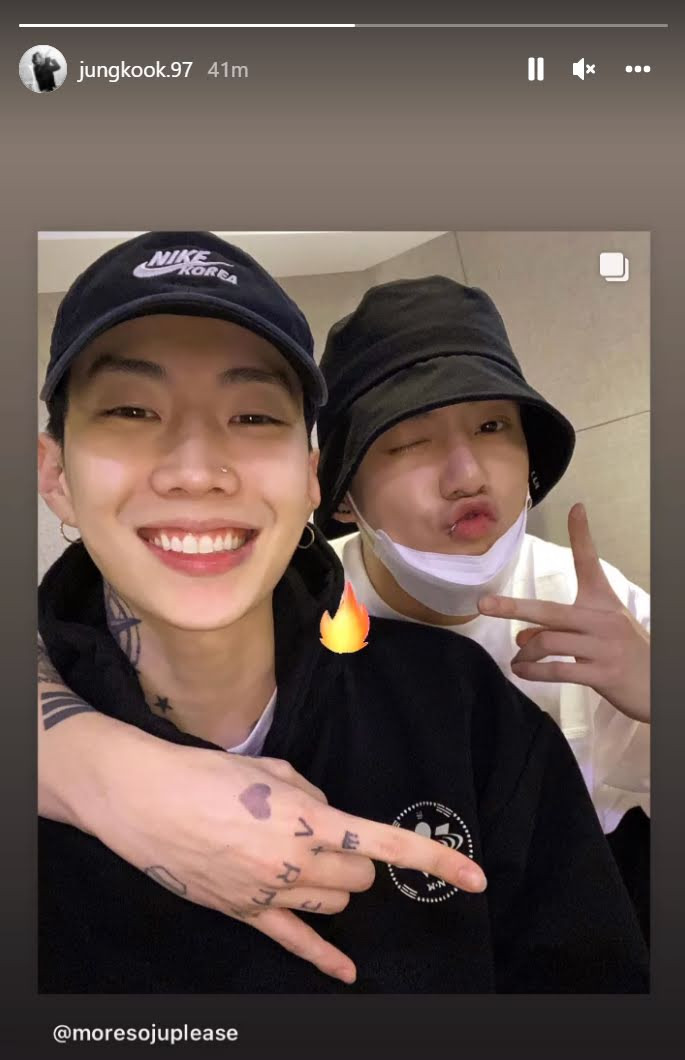 Fans of the two were living for the interaction!

Some were hopeful that the two met up with the goal of collaboration.

Korean netizens were especially delighted about the meetup and wished for a collab.

Yet, a large number of international netizens were not as happy. Instead, they criticized Jay Park.

jay park is funny not long ago he claimed he hated when people think he is a member of bts in public and now he's posting pics with jk with such super sweet honey dripping captions guess now he knows why people actually love them — jk9⁷ (@jksfIeur) April 19, 2022

Many claimed that Jay Park was acting “hypocritical.”

They called him out for previously calling K-Pop “manufactured” and “inauthentic” to now using idols for “clout.” Jay Park originally debuted as the leader of K-Pop group 2PM before leaving JYP Entertainment to have a solo career and founding businesses ultimately.

ARMYs even edited the photos, removing Jay Park from Jungkook’s side…

…and replacing him with other K-Pop idols, like ENHYPEN‘s Jay.

Others theorized that Jungkook had visited his ’97 liner friend GOT7‘s Yugyeom as he is signed under Jay Park-founded label AOMG and met Park that way.

As a result, Jungkook and Jay Park trended on Twitter in 59+ countries. Their names trended along with “#jkhostagesituation,” implying Jungkook was held hostage and that was the only way he would have taken photos with Jay Park.

Since then, Jay Park has responded to the backlash. Rather than respond to hate with hate, he posted a straightforward tweet with positivity and “love,” including different colored heart emojis.