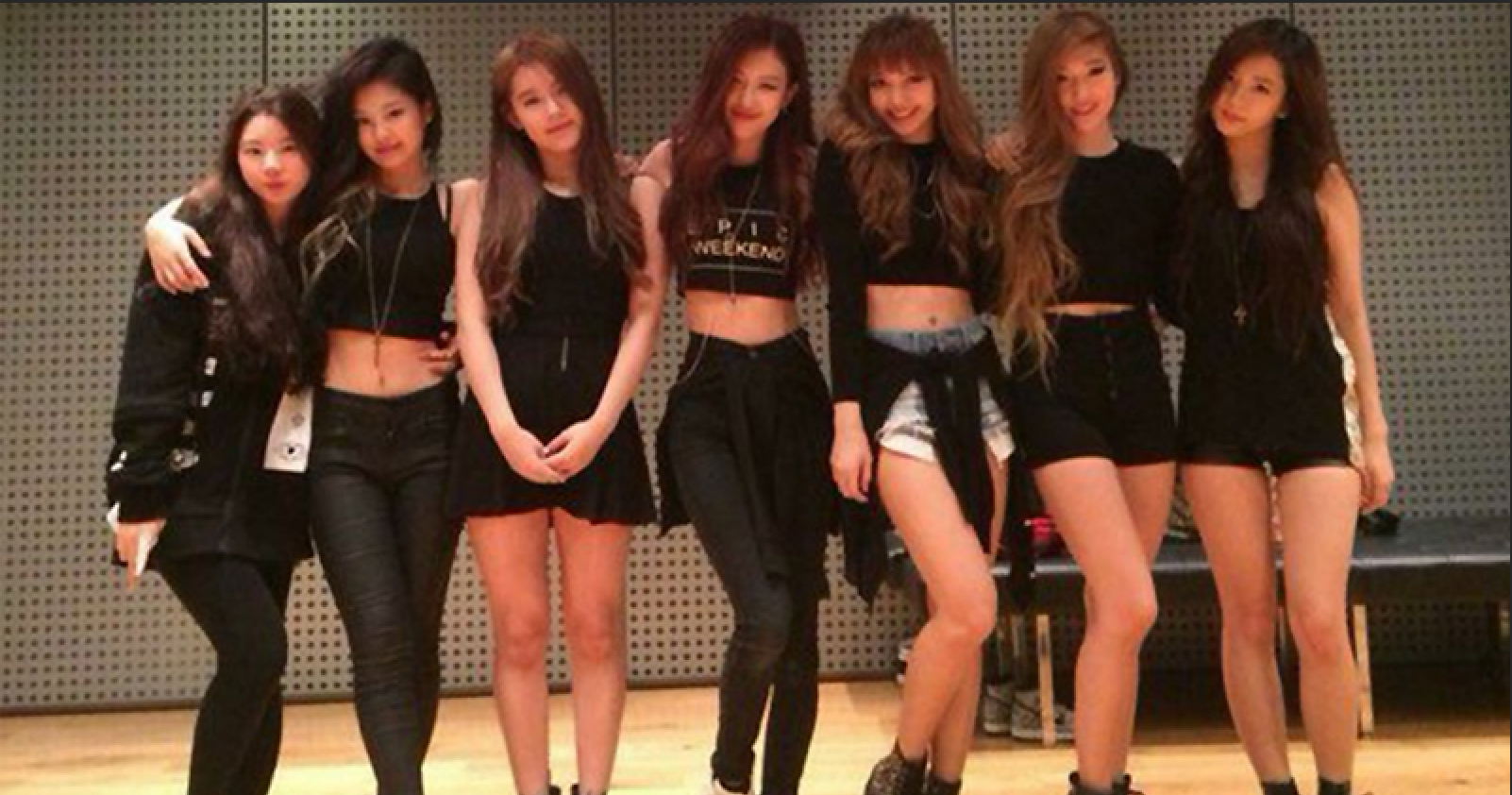 Many K-pop groups go through a long and extensive training period with various member shuffles before they actually debut. Sometimes trainees will leave the company they are training with to debut with another company and another group. Let’s take a look at some of these groups that went through various member shuffles before their eventual debut.

Before their debut, YG Entertainment originally had 6 members in BIGBANG. The 6th member was none other than BEAST‘s Hyunseung, and he spent many years training with the other 5 members. Right before their debut, however, Hyunseung was removed from the group. Yang Hyun Suk stated in the Big Bang documentary that it was because Hyunseung’s facial expressions hadn’t developed enough.

Hyunseung ended up joining Cube Entertainment and debuted with BEAST, while BIGBANG continued as a 5-member group. The 6 original members, however, are still close. They meet up on occasion, and maintain their friendship!

Before their debut, BLACKPINK had 5 members. Miyeon, their 5th member, was a trainee at YG Entertainment for 5 years. Reports indicate that Miyeon was removed from the group due to unforeseen circumstances, and Miyeon left YG Entertainment. Although the reason for her departure is unclear, rumors indicate that she was cut from the group for dating Jung Jinhyung, a contestant on Mix & Match (the audition program that formed iKON).

Miyeon took a break from music for a few years, until she got an offer from Cube Entertainment. She has since debuted with (G)I-DLE, and BLACKPINK debuted as a 4-member group. Miyeon has revealed that the 5 original members remain close. The girls of BLACKPINK even texted Miyeon a message of congratulations when she finally debuted!

Before iKON made its debut with 7 members, YG Entertainment had a group of 9 trainees who were candidates for the group. The trainees ended up participating in the survival program Mix & Match, where the trainees were pitted against each other to see if they had what it takes to debut. One of those 9 trainees was Hongseok, who is currently a member of PENTAGON.

On the finale of the show, Hongseok was eliminated from the group. He ended up leaving YG Entertainment and joined Cube Entertainment to become a member of PENTAGON. Hongseok has stated in various interviews that he was grateful for his time with iKON because it has taught him to work harder to achieve his dreams.

The other member to be removed from iKON is the controversial trainee Jung Jinhyung. One of the 9 final trainees competing on Mix & Match, Jinhyung was eventually eliminated from the group.

Speculation indicates that he was removed from YG Entertainment for dating fellow YG trainee Miyeon, who was supposed to be the 5th member of BLACKPINK.

PENTAGON’s Jinho was formerly a trainee at SM Entertainment. He joined SM after winning a singing competition in 2008 and was part of the project group SM The Ballad in 2010 alongside Jay Kim from TRAX, SHINee‘s Jonghyun, and Super Junior‘s Kyuhyun.

Because he was one of the more well-known SM trainees at the time, he was expected to be the 13th member of EXO. For unknown reasons, however, Jinho did not debut with the group in 2012. Unsure of his future with SM Entertainment, Jinho decided to leave the company. He was picked up by Cube Entertainment, and eventually became a member of Pentagon.

NCT‘s Johnny was another trainee who was originally supposed to debut with EXO as the possible 13th member. He joined SM Entertainment in 2008 and trained alongside the other members of EXO, which is why he is so close with many of the EXO members.

For unknown reasons, Johnny was not included in the final EXO lineup. He stayed with SM Entertainment, however, and eventually debuted with NCT. Many fans believe that he is a better fit for NCT because it gives him more opportunities to thrive!

Before Bohyung was a member of SPICA, she was a trainee at YG Entertainment. She was training to be a part of 2NE1 for 2 years, before Yang Hyun Suk decided to go with 4 members, instead of 5. Yang Hyun Suk clarified that Bohyung didn’t lack the talent to make it, but rather, she didn’t have the same swag and feel like the other members of the group.

Bohyung still maintains a close relationship with the girls of 2NE1. Her friendship is particularly close to Minzy, and the two even did a live stream together!

DIA‘s former member, Jenny was originally in the final lineup for GFRIEND, as one of the “visuals” of the group. Originally slated for 7 members, Jenny was 1 of the 2 of the members who decided to leave the group right before they were set to debut. Jenny left to join MBK Entertainment, which caused Source Music to scramble for additional members.

Jenny eventually made her debut with DIA, while GFRIEND re-shuffled their members and made a successful debut. To this day, many netizens wonder what would have happened if Jenny debuted with GFRIEND, as the group doesn’t have a set “visual” member.

Another former member of GFRIEND, Yang Yoojin was supposed to be the other “visual” of the group. While the exact reasons are unclear, she left GFRIEND’s original 7-member lineup right before their debut, causing GFRIEND to go through a member shuffle.

Since her departure from the group, Yoojin was seen in a short-lived girl group called Heart. Although the group made their debut in 2016 with the single “Jooruruk,” they have since been on hiatus.