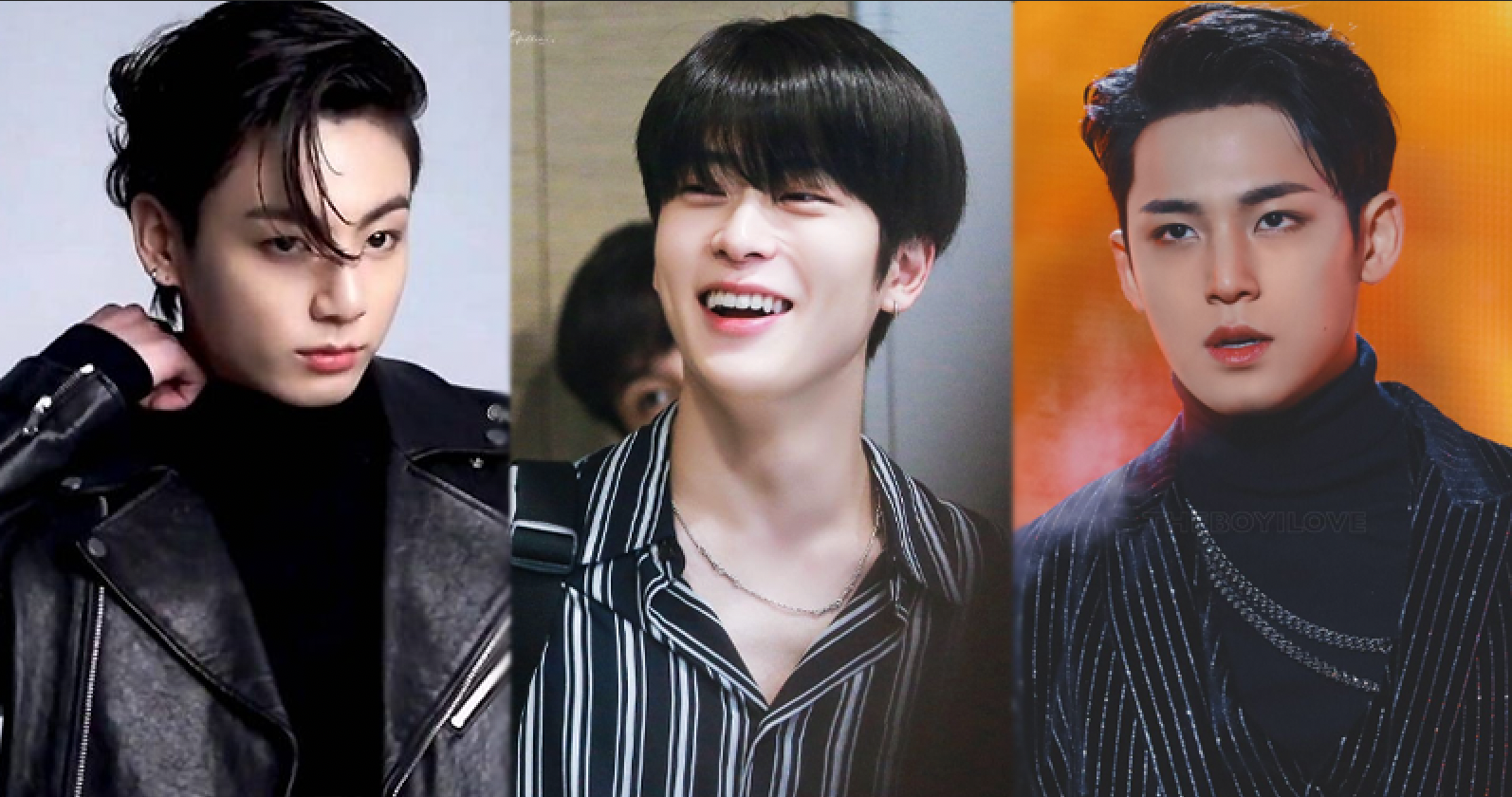 12 Male Kpop Idols Born in 1997 Are The Kings Of 97 Line In The Kimchi Entertainment Industry.

Believe it or not, but 1997 according to Asian culture is the year of the buffalo, this is definitely the year when many male idols with outstanding looks were born. Now they have really become the mainstay of bringing K-pop culture to the world.

So do you know how many Kpop Idols Born in 1997 Are Dominating the Korean Entertainment Industry at the moment? Let’s explore that list with lovekpop95.

Jeon Jung-kook (Korean: 전정국; born September 1, 1997), better known as Jungkook, is a South Korean singer and songwriter. He is the youngest member of and vocalist in the South Korean boy band BTS.
Jungkook has been stealing hearts since 1997. The golden maknae definitely isn’t lacking in the visuals department and now even more people are bowing down before his good looks.

Mingyu(Korean: 민규; born April 6, 1997) is a South Korean rapper under Pledis Entertainment. He is a member of the boy group SEVENTEEN.
Mingyu has been mesmerizing fans for years with his handsome features. It’s not shocking at all that netizens all over the world are taking notice.

Jeong Jae-hyun (Korean: 정재현); February 14, 1997), better known by his stage name Jaehyun, is a South Korean singer-songwriter and actor. He is best known as a member of the South Korean boy group NCT and its sub-units NCT U and NCT 127.
They don’t call Jaehyun a visual legend for nothing, he’s absolutely stunning!

Lee Dong-min (Korean: 이동민; born March 30, 1997), professionally known as Cha Eun-woo (차은우), is a South Korean singer, actor, and model under the label of Fantagio. He is a member of the South Korean boy group Astro.
There is no doubt that Eunwoo is amazingly good-looking. He can pull off any look with ease and he’s so gorgeous you can’t help but be a little bit jealous of him.

Dong Sicheng (Chinese: 董思成) known by his stage name Winwin (Hangul: 윈윈) is a Chinese singer, dancer, and rapper born in Wenzhou, Zhejiang on October 28, 1997.
Winwin may have a totally different style than Jaehyun but he’s beyond adorable!

Koo Jun-hoe, (Korean: 구준회, born March 31, 1997), also known by the stage name Ju-ne, is a South Korean singer and member of boy group iKon under YG Entertainment. He has made appearances on survival programs WIN: Who Is Next and Mix & Match in 2013 and 2014 respectively.
Most people talk about B.I when they think of iKON‘s visuals but Junhoe deserves to be talked about too. Afterall, just look at him!

Kwon Hyun-bin (Korean: 권현빈; born March 4, 1997) also known by his stage name Viini, is a South Korean singer, songwriter, model and actor. He is well known for his appearance in reality survival program Produce 101 Season 2 and debuting in former boy group JBJ.
JBJ may have finished their time together but can we all just take a moment to appreciate how amazing Kwon Hyunbin looks?

Kim Yu-gyeom (Korean: 김유겸; born November 17, 1997),commonly known by his stage name Yugyeom (Korean: 유겸), is a South Korean singer, songwriter and dancer who debuted as a member of Got7 in 2014[2][3] and one half of its duo sub-unit Jus2.
As a part of the famous ’97 line group, Yugyeom certainly fits right in with his handsome friends. Seriously, what does he eat to look so good?

DK (DOKYEOM) | 도겸 | 道兼. Full Name, Lee Seokmin | 이석민 | 李碩珉. Born, February 18, 1997. Mapo-gu, Seoul, South Korea.
If you’ve been swooning over Dokyeom, you aren’t the only one! It’s good to see everyone giving him the visual recognition he deserves!

Xu Minghao (Chinese: 徐明浩; Korean: 서명호; born 7 November 1997), better known as The8, is a Chinese singer, songwriter, and dancer based in South Korea. He is a member of the South Korean boy group Seventeen and its subunit “Performance Unit”. In 2019 he had his official solo debut. In 2019 he served as one of the two dance mentors (alongside Jolin Tsai) in the Chinese survival show Youth With You.
THE8 has also got some serious visuals powers. He can even pull off a mullet with ease… and don’t forget about his heart-melting smile. 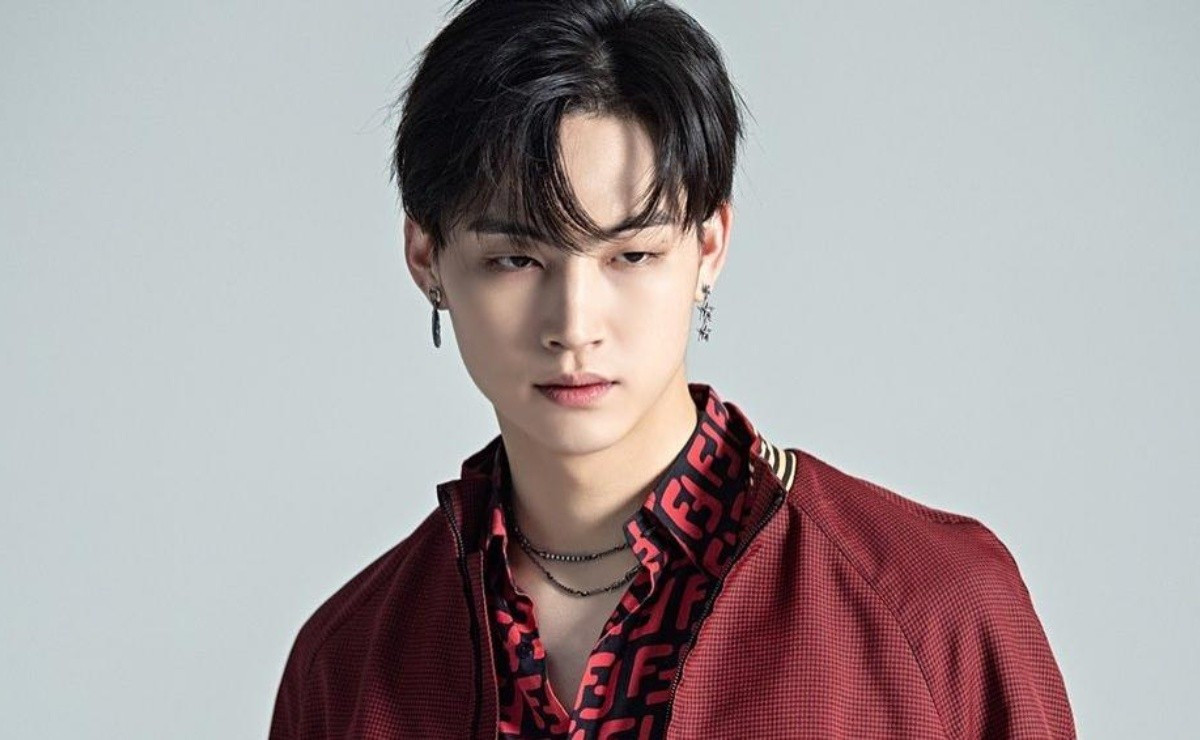 Kunpimook Bhuwakul (Thai: กันต์พิมุกต์ ภูวกุล; RTGS: Kanphimuk Phuwakun; pronounced [kān.pʰí.múk pʰūː.wā.kūn]; born May 2, 1997), known professionally by his nickname BamBam (Korean: 뱀뱀; Thai: แบมแบม), is a Thai rapper and singer based in South Korea, and a member of the boy band Got7
You can’t forget about BamBam. His visuals are seriously no joke! He can pull off any style and always looks so good.

Junhoe isn’t the only member of iKON that people have taken a notice of lately. Donghyuk has been melting iKONICs’ hearts for a while but now he’s taking the rest of the fandoms by storm too!