The Social Dilemma: The 'naked' scandal of social networks 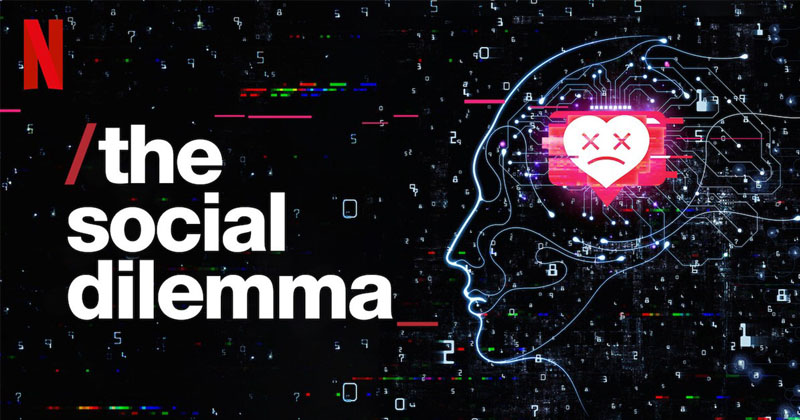 You may have to take a different look at the platforms you are using after watching The Social Dilemma - the modern world's haunting film without splashing.

The Social Dilemma - Netflix's latest documentary that unlocks the story behind the impact of social media on people, tried to find an answer to the question: "How are the social networks controlling us? ". Perhaps after watching director Jeff Orlowski's work, audiences will want to immediately turn off Facebook notifications, delete unnecessary apps or stay a few feet away from the phone.

Of course, avoidance is not the solution. We have to really understand the problem before we can come out of a dark perspective. Like the line from a classic movie: "How can we get out of a matrix if we don't know we're in a matrix?"

If you only watch a big movie, fast forward one piece or another, or do something while watching, it is very difficult for you to grasp the message of the movie thoroughly. The Social Dilemma repeats the same message that has been around for years - we need to be careful when using technology and social media: those apps collect user data, spend too much time. Mental health and social media are a space where fake news can spread quickly.

Of course, with The Social Dilemma, these issues are clearly portrayed and detailed through interviews with experts from those social networks. Insiders from Facebook, Google, Twitter, Instagram, Pinterest, … give warnings to viewers about the very systems they build. They are Tim Kendall - former president of Pinterest and former director of Monetisation on Facebook, Jaron Lanier - author of book 10 debating about deleting social media accounts right now and Tristan Harris - co-founder of the tech hub. human, former employee of Google.

Us - Users are "goods" of social network

Social media is not just a tool waiting for people to come and use it, it has its own goals that we often ignore. Google is not just a search engine and social connection is just one side of Facebook, Snapchat and Instagram. These platforms continuously connect with audiences, leading viewers to spend more money. Profits are the most important goal with these platforms.

"Our attention is on what is sold to advertisers", "We are merchandise", "Changing everyone's habits, the way you think and who you are" are repeated by most of the experts in the film. User data will transform into habit patterns so tech companies know where to send advertisements. Tristan Harris explains the three biggest goals of tech companies: Engagement goals - the more you surf on social media the better, the growth goals - you'll go back to social media every morning you wake up and Advertising target - the money comes here. These goals are backed by algorithms that know exactly what you want to see.

Have you ever thought about why tech billionaires spend so much time and energy on users like you - all of us? Is it too weird? The fact that they know everything, that I love to watch cartoons every night, I look at pictures of cats and dogs on Facebook, is really scary. We may be invisible in the eyes of tech billionaires, but our data is not.

The Social Dilemma gave viewers more insight into data-related issues. Social media doesn't actually sell user data. What they really "sell" is their ability to dominate people, as one tech expert in the film mentions: "Small, gradual, subtle changes in user behavior and perceptions. is the only thing that helps them make money. " Social media platforms are not bad things, business models are eating on scary new customers. That is why the movie, "Can such products be designed more humanly?" is a question posed by many of the film's experts.

Tim Kendall recounted a situation when he couldn't take his eyes off his phone even when he got home. With the former Pinterest president, he created something to work during the day and fell into its own trap at night. "I can't get out of the quagmire," Tim said.

It's a feeling you feel familiar, I feel familiar, and we all feel empathetic, even without being the president of a large corporation. We all become "prey" to social media and technology, fully aware but almost impossible to escape. The urge to surf the newsfeeds coupled with the increased amount of dopamine every time we see a new announcement is probably a worldwide similarity with any social media user. The Social Dilemma has raised more social media concerns about the Z gene: A generation that has become increasingly anxious, fragile and increasingly tense with social media problems.

The timing of this documentary was judged appropriate, right during the outbreak of an epidemic, making people more attached to technology. We depend more on social media for talking with friends, for entertainment, reading news, learning online, … But at the same time, Covid-19's emergence as a catalyst for people to Look deeper into technology: The spread of fake news and platforms like Whatsapp and Facebook are used to spread news. According to studies, fake news on Twitter spreads 6 times faster than real news. Facebook or algorithms are not capable of distinguishing fake news from true news if we have a relative notion of "truth". Algorithms only know what news is read by many people and is capable of spreading quickly and habits of users.

Social networks are deeply rooted in the mind of each person, especially the young generation, gradually depriving each individual's intrinsic values ​​and identities. Young people are skeptical of their own identity, personal identity constantly suggested by social networks. They are suggested in the newsfeed, creating individual doubts about identity: Who am I? Does the information I view reflect who I am? Is what I used to think true still true? That skepticism, according to the technologists, gradually led to deeper and deeper divisions. We live in a seemingly flat world, but one's newsfeeds are "fed" by different information, calculated precisely by algorithms. The polarization in the world gets stronger, the more people lose their connection with the real world, cling to the virtual world, and a loop of deadlock takes place.

Behind social media are "virtual but not virtual" stories

The Social Dilemma cleverly weaves real stories, visual examples to move the viewer from one surprise to another. Those are non-virtual stories when algorithms, machine learning, and artificial intelligence actually cause real-life problems. The Rebellion of the Flat World Movement? That's thanks to a YouTube algorithm that recommends conspiracy theories videos to millions of users around the world. Pizzagate theory aimed at the US Democrats? It started with an algorithm Facebook directed people to believe in conspiracy theories, inciting a man holding a machine gun to a pizza restaurant to "free" kidnapped children from a basement statue.

Such stories belong to real life. Today, people can convince people that the world is flat but tomorrow, they will convince people into more terrible things. Many have begun to worry that climate change will find it difficult to find consensus and a common solution as the polarization of opinion intensifies. Social media has now become an existential threat to the existence of each nation, not just individuals.

However, people still see rekindled a rare "commodity" in the current life context: Hope. Tristan Harris stressed. "We are the creators of the social networks and it is our responsibility to change them." You can't run away by deleting the Facebook or Instagram app after watching the movie. Extreme things, fake news, hostile discourse, mental health crisis, loneliness, inadequacy, … still exist if we just choose to avoid. Like the guy's story in the movie, just one new announcement will bring him back to the internet.

The Social Dilemma can be heavily scholarly due to being a pure documentary made up of in-depth research from a series of experts. However, this is a poetic 1 hour and 33 minutes that any young person should watch at least once. "Social media is a double-edged sword" - saying that has been circulating for many years now exists clearly and is fearing most. In it, we, users and also dependent on social networks, will at some point have to make a "killing" choice on the goods we have created for decades. 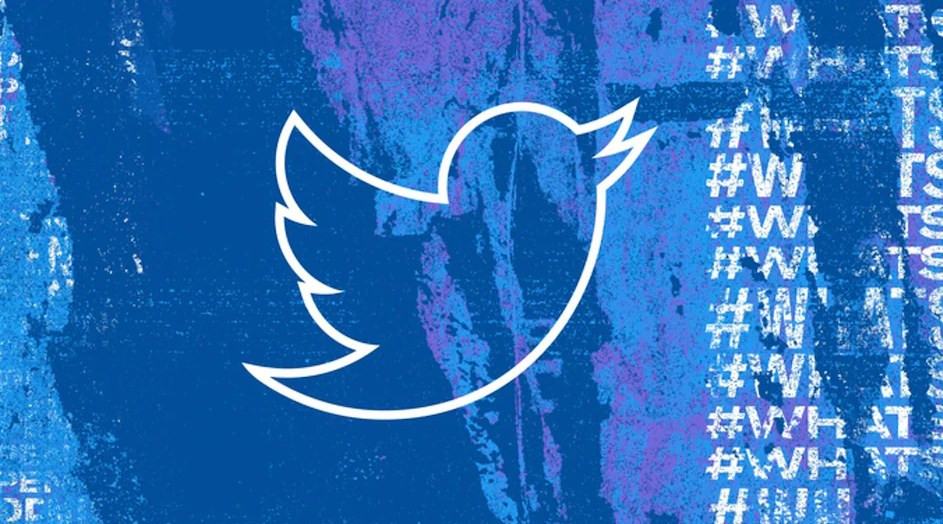 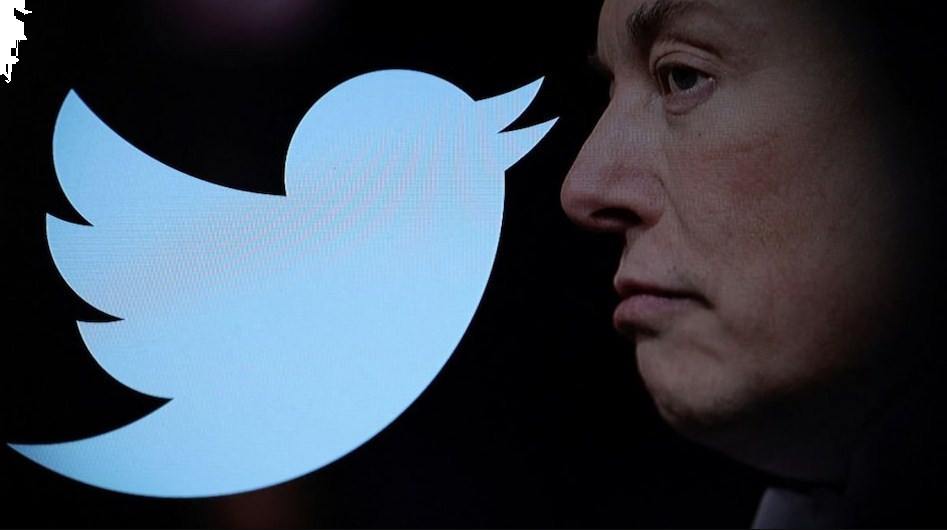 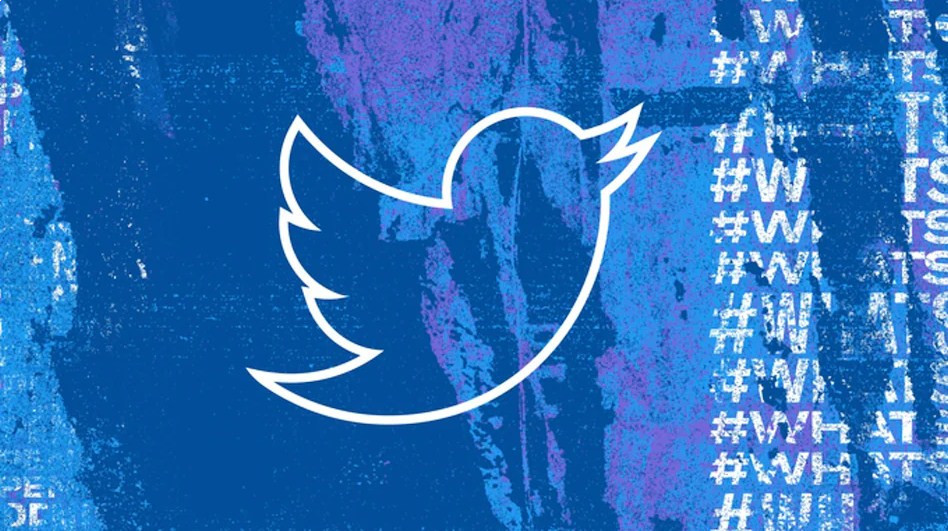