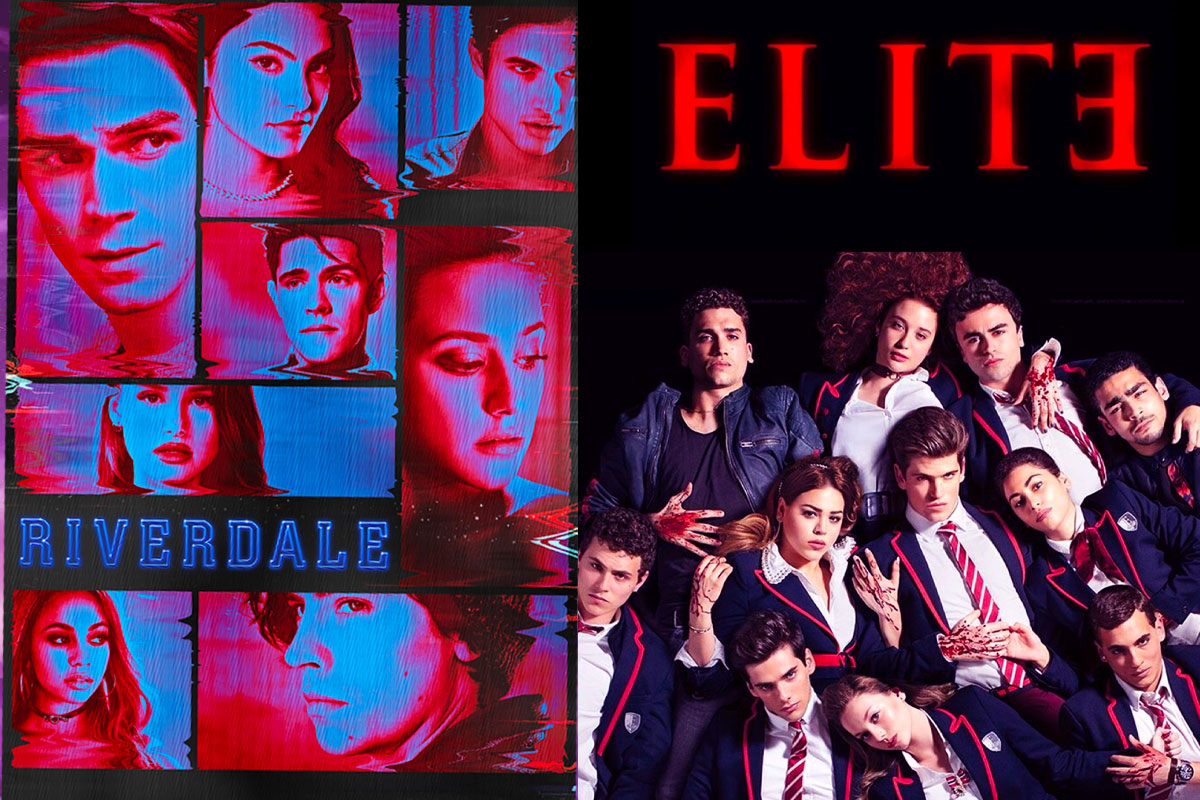 Although the school theme series is not strange at all, there are still other perspectives for producers to dig. That's...

Although the school theme series is not strange at all, there are still other perspectives for producers to dig. That's why TV series about those topics are always attractive.

The list includes the top 5 TV thriller-drama series on Netflix with the school theme, let's check it out.

Riverdale focuses on the lives of people in a small town called Riverdale, where was once a peaceful and happy place for many generations. However, something mysterious came up with devious schemes that lead to the tragic deaths of the citizens.

Jughead, Bettie, Veronica and Archie together teamed up as a team to discover the secrets behind all the unsolved problems. There were crimes, heathenism, spiritual issues for them to found out if they wanted to save themselves as well as their families then in the end, their parents were truly guilty.

Elite is a Spanish series concentrated on the story of three new students who just moved to a school for rich kids. The appearance of the trio caused a wave of dark secrets at schools that had been hidden for a long time were about to be revealed, including dangerous schemes that were like shivers to people's minds.

Not only the crimes, the series also have complicated love twists during the TV show that keep the audience couldn't take their eyes off.

When speaking of school-themed Korean TV series, people are familiar with love stories and romantic moments. However, Extracurricular will be a whole different experience.

The stories focused on Jisoo, an excellent student with flying colors marks at school and haven't made any mistakes for once. However, Jisoo was actually a pander with such deep secrets that he swore to keep it to himself. The whole world was put in a twist when his crush at school, Gyu Ri figured out and even wanted to participate in Jisoo's business.

The major plots of the series tells about Colette French, a beautiful coach was given the mission to train a group of girls to become professional athletes. But then, bad things came up with hatred and revenge among the group.

This is the first time the real life of cheerleader and the members were revealed crystal clear like in Dare Me. The TV series showcased reality issues that had always happened in the school.

Based on a true story, Gir From Nowhere digs on the bad sides of society that people are just too scared to expose.

The movie was about a girl named Nanno - a new girl in the school. She always looked cold and distant with a creepy smile, Nanno was the only one who was brave enough to pull off the fake masks of the excellent students and even teachers in her school.

The movie was a thriller-horror with incredible plot twists, which will probably amazed the audience and created a huge curiosity.