After 10 years, the JOBS Act is working how it was designed — crowdfunding offerings just exceeded $1.1 billion in total capital raised. That’s expected to double in 2022…

But as I’ll show you today, private equity crowdfunding is just the start. There is another burgeoning technology which will soon reshape not just private investing… but investing as we know it. (More on that in a moment.)Investors and entrepreneurs are now starting to understand the power of crowdfunding, a force that could alter the U.S. economy significantly.

First, it’s important to understand how we got here.

No Longer Just for the Rich

The 2012 JOBS Act created new opportunities for private companies to raise capital. Two of the most notable changes were the introduction of Reg CF and Reg A+ offerings…

Prior to the JOBS Act, to participate in private investments, investors had to prove a certain level of income and/or liquid net worth ($200,000 annual income or $1 million net worth, excluding primary residence).

Take Meta (NASDAQ:FB), formerly Facebook, for example. Facebook was first funded by Peter Thiel’s $500,000 private investment. That investment’s value is now over $90 billion! Thiel only had access to the investment because he was already wealthy in his own right (he was part of the original PayPal (NASDAQ:PYPL) mafia).

Thanks to the JOBS Act, individuals now, regardless of their background, have access to some of the most lucrative investment opportunities available through equity crowdfunding.

And as our financial system shifts towards blockchain technology, the floodgates are about to open…

It All Started With Kickstarter

Much of the design of the JOBS Act and the trend of backing small startup companies was originally inspired by the company Kickstarter.

You are probably familiar with the Kickstarter platform. Kickstarter enables companies to raise money from private individuals, called “backers.” These backers pledge money to projects that range from children’s books to high-tech gadgets.

Publicly traded company Peloton (NASDAQ:PTON) got its start on Kickstarter. So did Oculus VR, which Facebook acquired for $2 billion in 2014.

Kickstarter backers don’t receive equity in the projects they pledge money towards. Instead, they are rewarded with various incentives.

For example, the original campaigns for Peloton and Oculus allowed early backers to receive their actual product, instead of equity in the company.

Kickstarter enabled thousands of companies to successfully raise hundreds of millions of dollars. This success was the preview of what companies could do if they were able to offer equity publicly.

Equity crowdfunding platforms such as Republic, SeedInvest and WeFunder recently have had similar success.

Although Kickstarter still only offers the ability for backers to support startup projects through “pledges,” the platform is about to launch a new feature that will likely be the future for Reg CF and Reg A+ offerings…

Starting this year, Kickstarter will transition to a blockchain-based platform that should enable much more scalability and options for those looking to launch projects and those looking to back them.

As reported by Bloomberg:

“Kickstarter plans to unveil a project that will merge the two worlds. It’s hatching a standalone company to build a crowdfunding system much like Kickstarter’s but based on blockchain technology….

“It’s a large, technical undertaking. Embarking on the project was a ‘big decision,’ said co-founder Perry Chen, but it was ultimately an easy one to make because it fits with Kickstarter’s mission, which is ‘to help bring creative projects to life…’

“Today, money that might have once gone to Kickstarter campaigns is flowing through blockchains into what are known as distributed [decentralized] autonomous organizations, or DAOs.”

Decentralized Autonomous Organizations (DAOs) might sound intimidating, but they’re the blockchain equivalent of a Kickstarter project… only much, much better.

The best way to explain what a DAO is and what they can do is to provide you with two recent examples:

First is ConstitutionDAO. You’ve likely heard of this one. They recently raised over $40 million to purchase a copy of the U.S. Constitution. Unfortunately, they were beat out by billionaire Ken Griffin, but the concept proved to work.

Backers of the ConstitutionDAO not only organized a legitimate effort from thousands of small investors, but they also issued a token named “PEOPLE.” This token now has a market cap of over $600 million, which enabled early backers to make 3,900%, or 39 times their initial investment.

Second is LinksDAO. Their mission is to “create the modern golf and leisure club” and “reimagine the country club.”

In early January, “the public minting of LinksDAO’s two NFTs — the Leisure Membership and Global Membership — sold out in mere hours, generating $10.5 million in funds from a collection of 9,090 NFTs.”

These two different kinds of NFTs will allow holders access to the eventual golf courses that LinksDAO plans to purchase. LinksDAO’s native token, which you can invest in right now, is called “LINKS.”

By moving to the blockchain, investors will now have more then just a promise of future product. They will have stores of value in cryptocurrencies or tokens linked to real-world investments, all on a decentralized platform!

The Blockchain: The Future of VC Investing

The convergence of government’s legislative change and blockchain technology is going to revolutionize investing.

Those looking for funding are going to be able to access investors much easier, with far fewer fee-charging middlemen (banks and brokerages — watch out!). This will enable company builders to focus more on development instead of constantly searching for funding.

Personally, I see this as an extremely exciting time, as true capitalism can come back to our economies. A system where there is a level playing field to allow the hardest workers with the best ideas to succeed… and where the investors who take risks to back those entrepreneurs can succeed as well.

The future of all investing will be completely blockchain based.

Now, the next step is for you to act, so you can be a part of this revolution.

I recommend that you familiarize yourself with cryptocurrencies… ASAP.

Now, I don’t mean that you read about them and research them (although that’s a great idea too!)…

I don’t even mean that you need to buy large amounts (although that might not be a bad idea either!)…

I mean that you should open an account and start purchasing, trading and transacting with cryptocurrencies.

You can use a very small amount of capital. The goal is to get comfortable with how it all works and to feel confident that you can exchange value on the blockchain.

The easiest way to do that is to open an account with Coinbase or Crypto.com. There are many other options out there, but those two are user friendly for beginners. 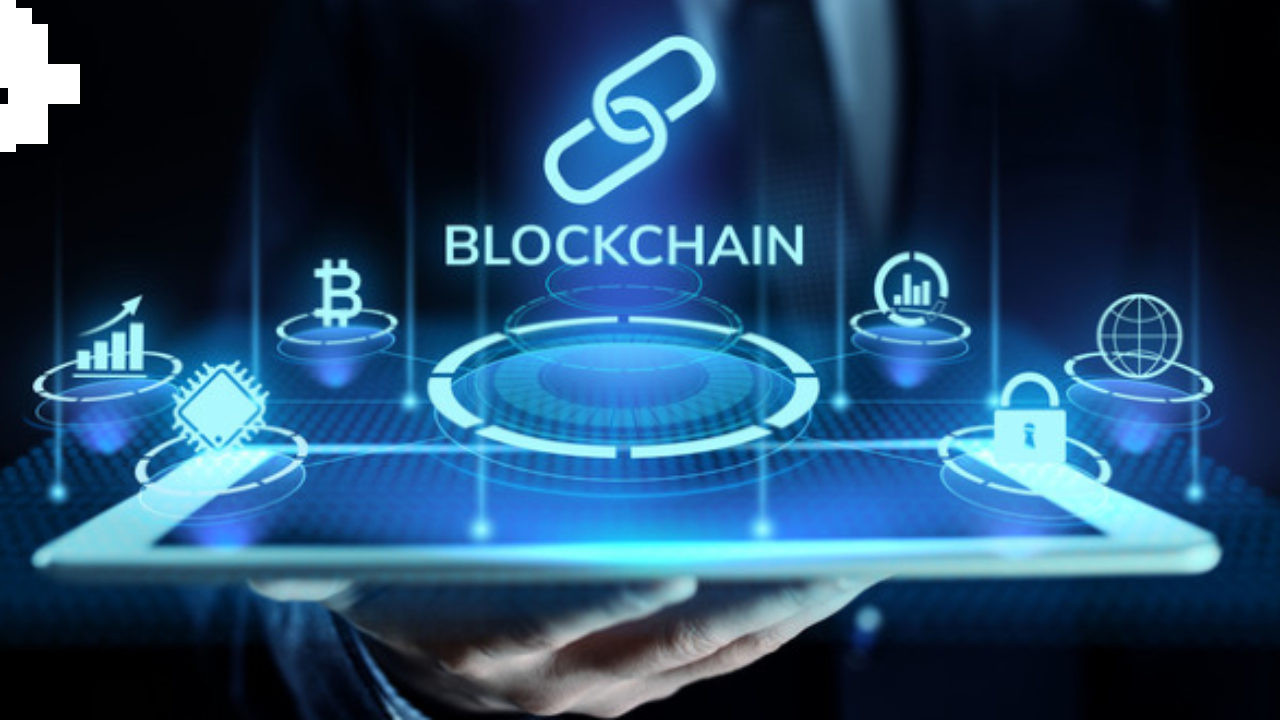 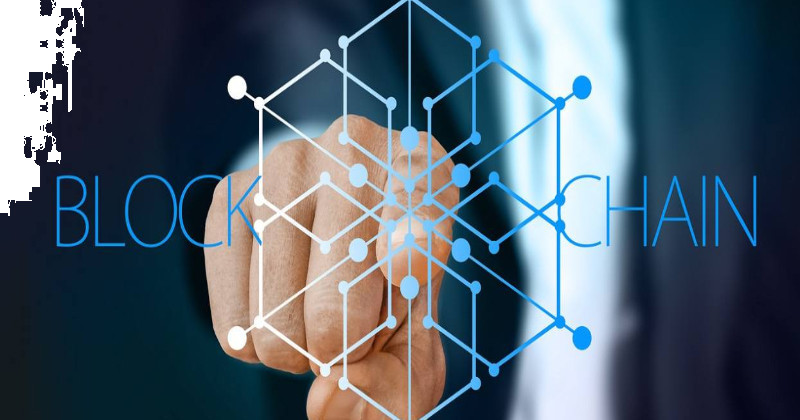 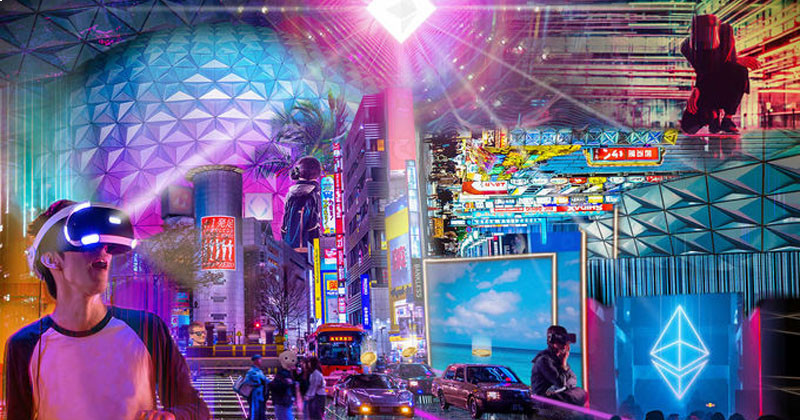 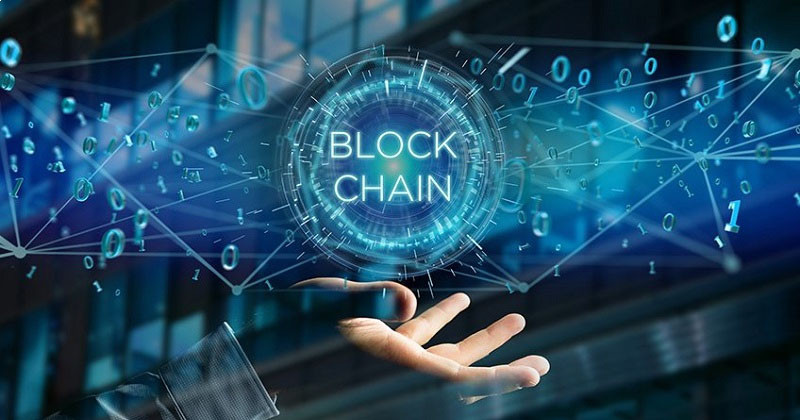 The evolution of blockchain, smart contracts & its role in data distribution