Kwak Shin Ae, CEO of Barunson & A, who received the award, said, "I've worked with this film since 2018," adding, "I met the audience at the theater around this time last year. I miss the viewers who filled the theater. It used to be full, but now it's heartbreaking to have no audience."

Director Bong Joon Ho has expressed his gratitude through CEO Kwak Shin Ae, saying, "I am so grateful that I won the Grand Bell Award, which continues to be an honorable award."

According to Kwak ShinAe, director Bong Joon Ho is currently on an indefinite break. It was reported that he had been on a break after working overseas and at home to promote the movie until February. "He is not engaged in any external activities," she said.

'Parasite' were nominated along with ‘Extreme Job’, ‘House of Hummingbird’, ‘Innocent Witness’, and ‘Forbidden Dream’ for the Best Picture. 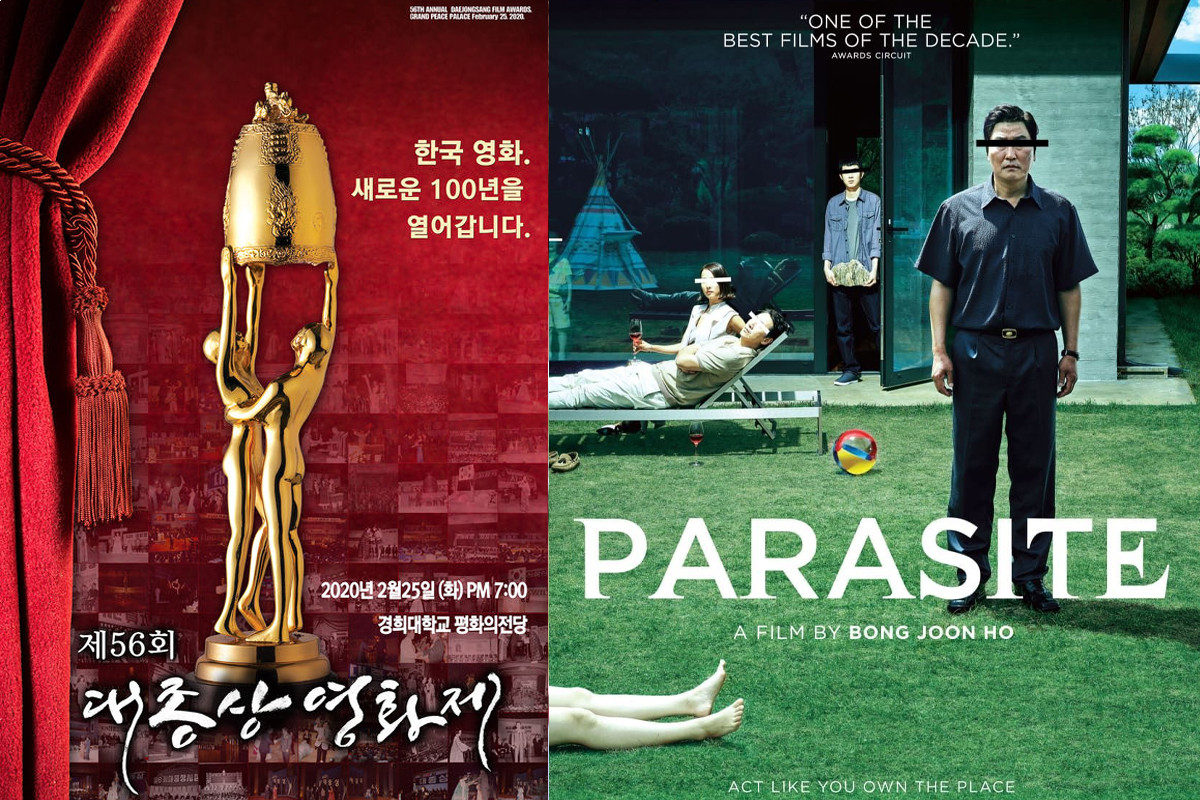