Vogue Korea aptly described Kim Taehyung, aka V of BTS, as the "icon of an era," and he continues to reaffirm his status as a top fashion icon.

French fashion magazine L'Officiel wrote about the ‘8 Best Dressed K-pop Stars’ and highlighted idols who offer their own sense of style that has made them stand out. Taehyung was the only BTS member on the list, chosen for his reputation as a fashionista.

“While all of the BTS members are Louis Vuitton ambassadors, V, in particular, is considered one of the fashionistas in the group.” - L'Officiel. Taehyung recently took the fashion world by storm when he participated in the CELINE fashion show for Men's Paris Fashion Week Spring 2023. His iconic appearance became the center of attention and was named the "main event" by several prominent media outlets for both his fashion style and the huge crowd he pulled. Weverse Magazine listed a few of Taehyung’s achievements as a fashion icon in one of their articles. 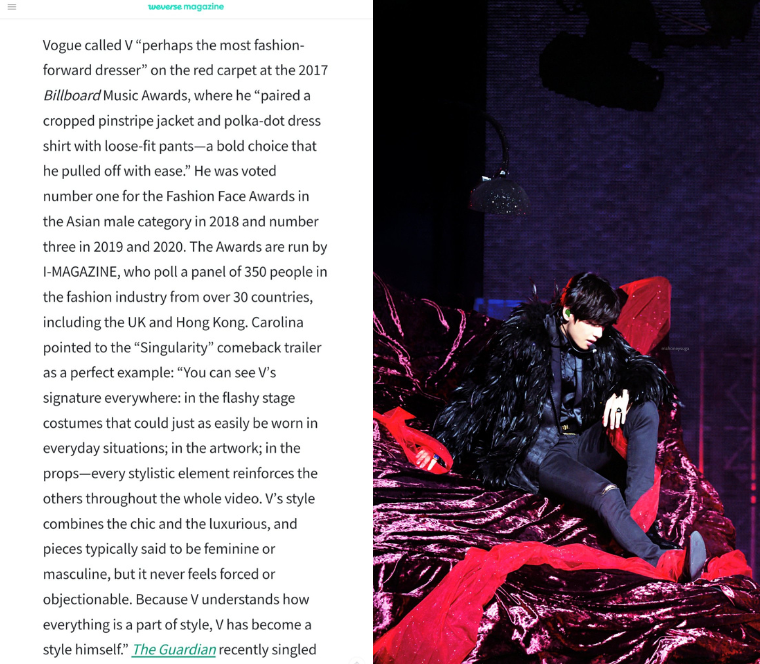 Madame Figaro, a famous French beauty and fashion magazine, named Taehyung as one of the elegant and timeless "Male Gods," along with popular Chinese stars like Wang Yibo and Cai Xukun.

They described these 'Male Gods' as stars who are "inseparable from elegance, exquisiteness, lightness, flow, freedom, and casualness." 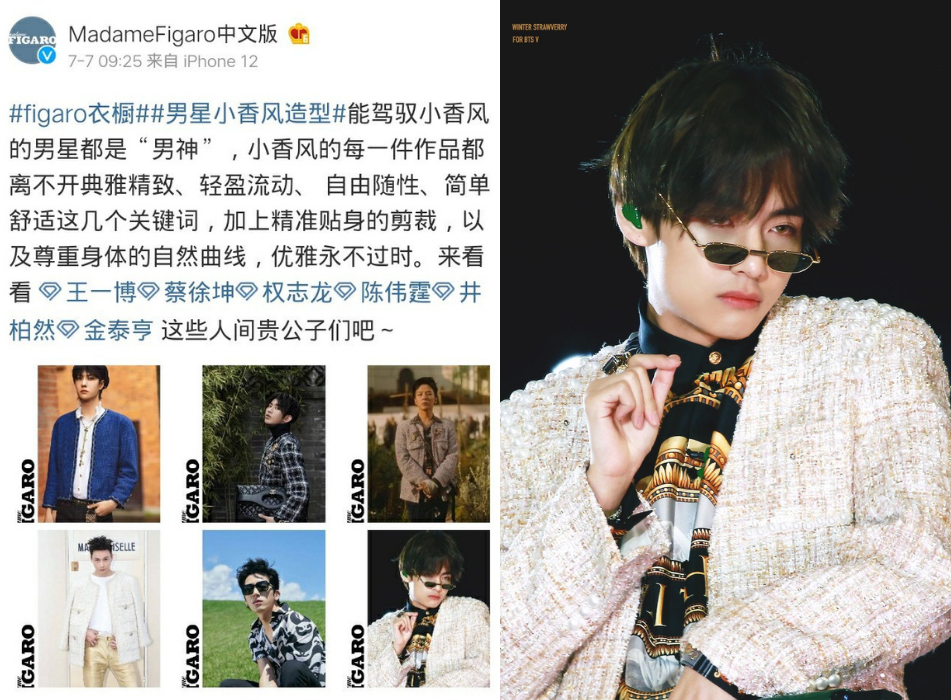 As BTS members embark on their solo careers, Taehyung's status as a fashion icon of this era is going to reach new heights with his upcoming solo projects.

As Vogue Korea said, "It's time to watch the debut of a new artist and style icon V, not BTS V."

>> The Newest Fashion Trend In Korea, All Because Of IVE Jang Wonyoung And BLACKPINK Jennie

>> The Newest Fashion Trend In Korea, All Because Of IVE Jang Wonyoung And BLACKPINK Jennie