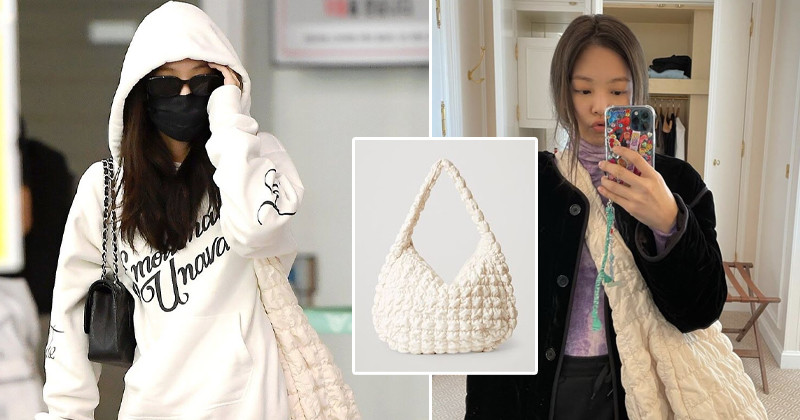 The “Jennie Effect” is definitely strong.

BLACKPINK‘s Jennie is known for many things. Her rapping skills, killer dance moves, beautiful visuals, and iconic sense of fashion.

More often than not, the things she wears end up selling out as the idol’s brand reputation power is out of this world.

Recently, Jennie posted some photos from her trip to Paris in 2021 to her Instagram where the “SOLO” singer boasts over 61.2 million followers.

Among the photos, Jennie was seen toting a big white bag.

Jennie seems to really like the bag, as she was seen carrying it off the plane when she arrived in Incheon, South Korea back in July of 2021, but might’ve been overshadowed by the CHANEL bag on her other arm or the $500 sweats!

This other bag in question? The Quilted Oversized Shoulder Bag in Off-White by COS which retails for $99 USD.

BLINKs of course stormed the site to buy the bag for a chance to carry an item that Jennie herself seems to love carrying and sold the item out completely!

The power of Jennie Kim is well known in the fashion industry, as this isn’t the first time the singer’s sold out items she’s worn or used and is referred to as “the Jennie Effect.”

One user on TikTok “@ontheblinkofgreatness” even took to the video sharing platform to share about their troubles on finding Jennie’s COS bag, because it seems to be sold out in most stores.

“I have called every single COS store in my city, and they’re all sold out everywhere. Who knew it was this hard to get something from COS?”

And according to @ontheblinkofgreatness, these bags are then being resold for nearly three times the retail price!

When it’s worn by Miss Jennie Kim herself, it’s almost guaranteed to become a hot item!