When K-Pop Idols and Western Stars In The Same Frame: Who Looks Better? The meet-up of K-Pop and the Western music world has been a lovely chance for these artists to know each other.

In 2018, Selena Gomez met and interacted with two members of BLACKPINK while attending a show within the New York Fashion Week. The three people happily chatted and took a photo intimately together. If Selena Gomez exuded the Western charm, then Jisoo and Rosé were elegant and gentle. It can be said that each person shone their own charisma in the photo frame. Not so long after this, BLACKPINK and Selena Gomez has a song together called "Ice Cream", which released in BLACKPINK's first full-length album "THE ALBUM".

In April 2019, Ariana Grande and BLACKPINK had the opportunity to take pictures together. Jisoo regrettably was resting at that time so she didn't show up. However, the photo still spread rapidly on the internet and earned 6.7 million likes on Instagram of the star "Thank U, Next". Through this, we can see that Ariana Grande and BLACKPINK's relationship extremely good.

At the K-pop girl group's first World Tour concert in Los Angeles, DJ Snake came to see and meet the girls backstage, and also posted photos of the meeting on Instagram. Hopefully, in the near future, the stars' relationship will be increasingly close.

Jennie once shared she has always been a big fan of Dua Lipa so it looked like this day was an extremely happy day of Jennie and Lisa when they met Dua and took pictures with her. All of them were super cute as posing the same pose together. Their relationship is stronger than just an idol-fan connection as they have a collaboration song called "Kiss and Makeup" on Dua's official Youtube channel.

BTS and their relationships with Western artists

If it comes to Kpop idols with the most photos taken with European and American stars, perhaps it is difficult to ignore BTS. The group has had many memories with artists such as Drake, Cardi B, Taylor Swift, ... BTS is also admired by many European and American artists. Male singer Charlie Puth has repeatedly expressed his affection for BTS members, especially the youngest member Jung Kook.

Taylor Swift and Halsey are other famous stars who really love these 7 talented K-pop stars. In 2020, with the huge success of winning No.1 Billboard Hot 100, perhaps BTS will have the opportunity to meet more other legends. BTS and Halsey even had a song together called "Boy With Luv" which gained such huge attention from fans.

CL, is a famous Korean singer, rapper and composer, who was originally the leader 2NE1. She is claimed as having such a big circle of friends when she knows lots of Western stars such as Ariana Grande, Rihanna.

Ariana Grande and CL once took a picture together. If the "Positions" singer still maintained her fancy and feminine look, CL on the other showed off her badass and cool image with unique fashion styles.

HyunA is one of the hottest female solo artists in K-pop, while Rita Ora is a popular singer from UK. Posing together in the same frame, both of them expressed their own stunning beauty. However, the K-pop idol seemed a bit modest next to the UK artist compared to when she stood alone.

Justin Bieber with PSY and G-Dragon

PSY is worldwide famous after the super hit "Gangnam Style" - the song that brought K-Pop closer to the world.

In this picture, PSY and G-Dragon posed together with Justin Bieber. Three of them looked extremely cool which made their fans excited. 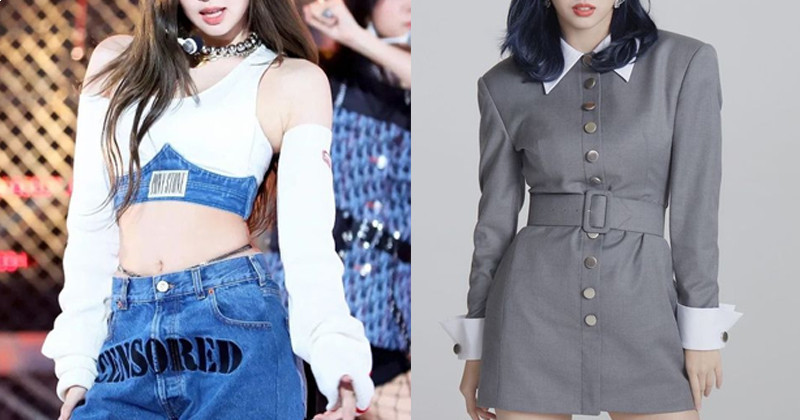