TWICE Jeongyeon, Jihyo and Nayeon Try To Outdo Each Other In An Outrageous Dance Battle 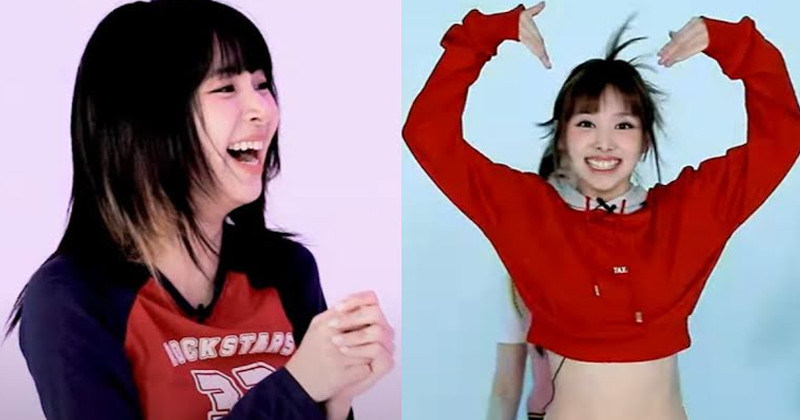 TWICE members are yet again embarking on a new game, competing against each other in their reality content program, “TIME TO TWICE Y2K TDOONG SHOW.”

Dahyun served as MC for this game, and her first activity for the members was a dance showdown to determine the team leaders of two groups. Dahyun herself would be picking two winners to lead two teams.

TWICE members are always fun to watch, as they take having fun seriously. Give them a reason to be a little more extra, and they will surely oblige, just as they will show their competitive nature in this riotous dance battle. First up was Jeongyeon, who set the bar high with her wacky dance moves. Jeongyeon, in true dance battle fashion, showed them how it’s done.

Taking it up a notch by going one-on-one, grooving with Dahyun.

Chaeyoung was next to show her moves. Just like Jeongyeon, she showed retro dance moves as the other girls cheered her on.

Momo gave her best effort despite being under the weather. What do you think of her version of isolation?

Nayeon surprised everybody with her “electrocuted” dance moves, getting everybody laughing hard. She really wanted to be Team Leader!

She got so caught up with her wacky dance moves that she had a coughing fit.

Mina kept it chill with elegant hand movements and a poker face that amused the girls.

Jihyo showed she was unfazed by the competition and brought out her intricate hand movements.

Tzuyu couldn’t help being pretty, even when dancing. Her dance was more cute than competitive, but the girls loved it anyway.

Being the MC did not deter Dahyun from showing her dance moves, even though she wasn’t in the running for team leader.

It was a difficult decision, but Dahyun picked Mina and Jeongyeon as the winning team leaders.

Do you agree with her choices? Who do you think should win as team leaders?