Top 15 Most Popular K-pop Idols in the United Kingdom 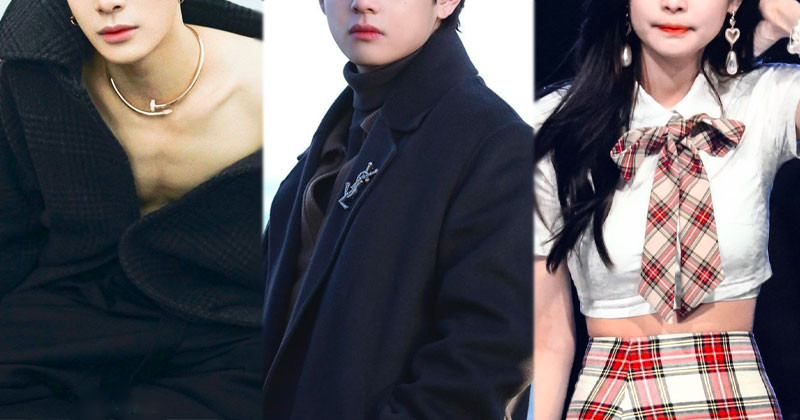 In a recent poll held by MBC M's "Show Champion" fan voting application Idol Champ, fans selected the most popular idols in the United Kingdom. Want to see if your idol made the top fifteen? Then keep on reading!

GOT7 Jackson is the Most Popular Idol in the United Kingdom

Recently, Idol Champ held a poll titled "The Most Popular Idol in the United Kingdom?" The first-place winner of the poll will receive a subway ad that will last from May 1 to May 31. The subway ad will be on a CM board and will be 21600 x 3840 (px) in size.

Securing the top spot and winning the subway advertisement is GOT7's very own Jackson! Jackson garnered 38.94% of the total votes.

Jackson released the single "LMLY" on Mar. 26. Not only did Jackson help write and produce the song, but the idol also wrote the script for the 80s Hong Kong film-inspired music video. He also helped direct the music video overall. The song talks about two people loving each other but holding it in and not approaching the other.

For his activities in Korea, he will work alongside Sublime Artist Agency.

On Apr. 17, BTS held a compilation concert on their official YouTube channel titled "BANGBANGCON 21." On Apr. 1, BTS released their Japanese single "Film Out," which will be the title track of their upcoming Japanese-language compilation album.

On Mar. 24, BTS appeared on "You Quiz on the Block," which broke the show's rating records for viewership. Just a week prior, BTS performed at the 63rd Annual Grammy Awards, making them the first Korean nominee to have their own Grammy performance.

These are the TOP 15 Most Popular Idols in the United Kingdom, According to Idol Champ:

Who are the gorgeous ice princesses of K-pop?

Jennie is definitely one of K-pop's "it Girls." Due to her haughty visuals and cat-like features, Jennie is often called an "Ice Princess" for her charismatic stage presence. Off-stage, however, Jennie is as dorky and as adorable as a kitten!

Krystal, the younger sister of Jessica Jung, is often dubbed as an "Ice Princess" due to her stern resting face. The idol is praised for her cool and chic visuals, but many have stated that it can be a little scary! However, the idol is full of love for her supporters and the people closest to her.

Doyeon's model-like visuals and proportions can come off as a little intimidating for those meeting her. Her serious face is also often stoic and expressionless. However, Doyeon has had no issue showing off her cheerful and bright side on broadcasts with both I.O.I and Weki Meki!

Chungha is called an ice princess due to her charismatic stage expressions. She earned this nickname when she dyed her hair blonde for her "Snapping" comeback. While her charisma explodes while performing, Chungha is known for being shy and sweet off-stage.

Bona's delicate features and her piercing gaze is what earned Bona her "Ice Princess" title. Despite how cold she may appear while serious, Bona is also known for her adorable aegyo and her sweet eye-smile.

Mina is known as an ice princess due to her pretty and elegant nature. Unlike the others, Mina is not known for haughty visuals. Instead, the Japanese idol is praised for her visuals that suit royalty!

Irene is often dubbed as one of K-pop's face geniuses. Though her visuals are often praised, the idol usually dons a serious expression, which may make her appear unapproachable. However, Irene has had no problem showing her dorky side when interacting with her Red Velvet members.

Jessica is often credited as the idol who popularized the term "Ice Princess" in the K-pop industry. The idol was given the title due to her stoic outer appearance and her straightforward person. She is often known for being blunt when she speaks, but she is warm and loving to her fans and loved ones!

Like Jennie, Jiho is also known for her feline-like eyes, which give her a more icy appearance. Despite her fierce visuals, off-stage, Jiho is actually a human vitamin which makes her members laugh with her bright personality!