#PTD_ON_STAGE_LA_Day3: Halsey, 'Squid Game' Guard and More To Catch Up BTS lights up SoFi Stadium for the third day of their "Permission to Dance On Stage" concert, leaving thousands of ARMYs in a joyous mood. Check out some of the memorable moments that happened at the concert!

On December 1 local time, BTS held the third night of their highly-awaited "Permission to Dance On Stage" concert at the SoFi Stadium in Los Angeles, United States, and welcomed more than 50,000 fans waiting to see BTS through its doors. 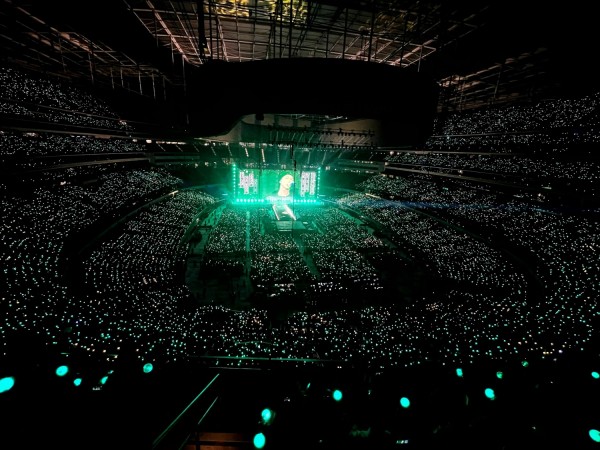 Prior to the concert, BTS held a soundcheck where they performed three of their songs: "Life Goes On," "Telepathy," and "DNA" for lucky fans who got soundcheck tickets.

Not only that, but BTS' leader also surprised fans when he appeared on stage with his fiery red hair-do!

While BTS' concert set list for day three is the same as with the first and second day concerts, they added new songs such as "I Need U," "Spring Day," and "Answer: Love Myself."

#PTD_ON_STAGE_LA_Day3: Halsey Spotted in the Audience

Fans were once again in for another surprise when they found out that American singer and ARMY's favorite girl, Halsey, was in the audience having fun and singing along to BTS' songs! Not only that, but she had her very own ARMY Bomb (BTS' lightstick) as well! 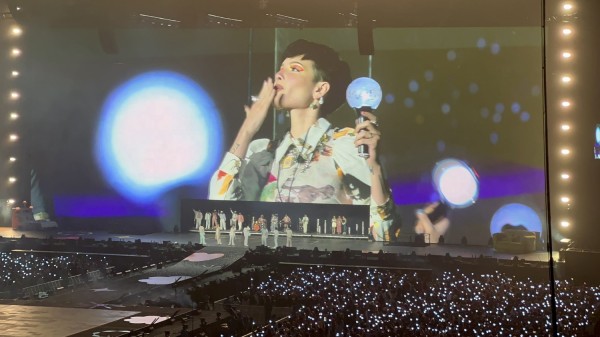 BTS and Halsey collaborated back in 2019, where the latter had featured in BTS' track "Boy With Luv." Since then, the two artists have been close friends, with ARMY wholeheartedly supporting the genuine friendship between the two!

In 2019, Halsey even surprised fans when she stepped on stage to perform "Boy With Luv" with BTS at their "Love Yourself: Speak Yourself" concert in Paris.

Unfortunately, we didn't get to see a performance of the song with the two, as Halsey only came to support and have fun at the concert as a fan!

She also shared her concert experience on her social media, posting on Twitter: "BTS are the coolest band in the world."

Over on her Instagram, she even shared an Instagram Story of her vibing to "Butter," and posted more pictures of the concert and her with BTS, adding the caption, "uncle gang beyond words," referring to BTS as the uncles of her son, Ender Ridley.

Back on day two of the concert, Jin had channeled his inner Younghee from the popular Netflix drama "Squid Games." 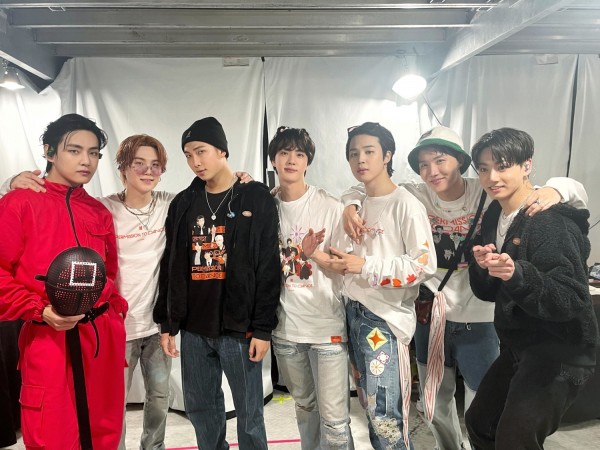 This time around, while the BTS members wore casual clothing, V had decided to stand out a bit more, and dressed up as one of the guards from the drama, stepping on stage in full gear as the group sings "Spring Day," "Answer: Love Myself," and "Permission to Dance."

During BTS' ment, Jungkook had teased fans with the possibility of more shows in the future. "Hopefully, we will see each other real soon. Alright?" Jungkook said.

Following his little tease, fans couldn't help but be excited of a possible world tour in 2022, with many declaring that they're now saving up for a ticket!

Where do you hope to see BTS perform next?