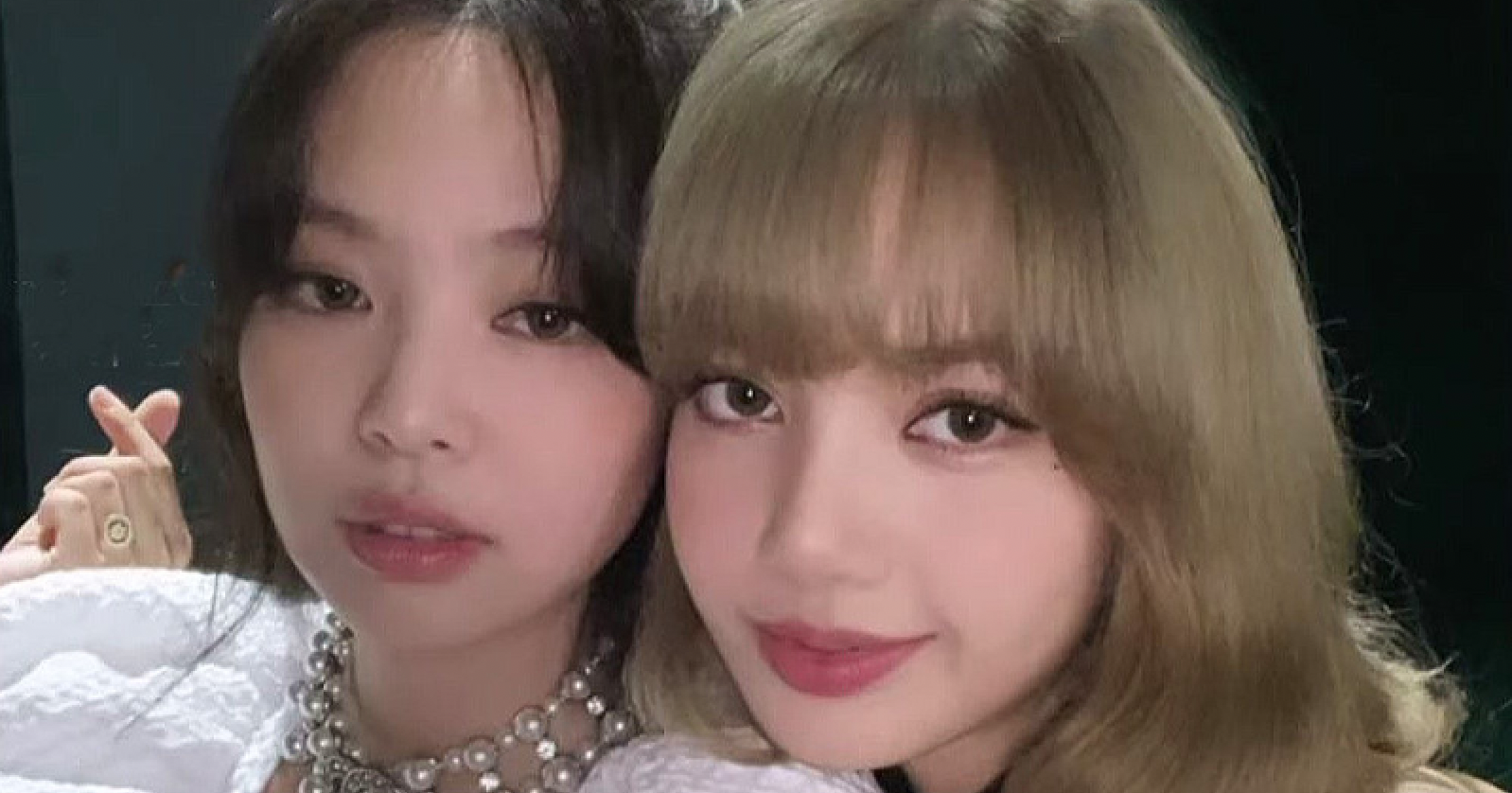 A South Korean media outlet reported that BLACKPINK members Jennie and Lisa were departing for Jeju. Keep on reading to see what actually happened.

December marks awards ceremony season in K-pop, and several K-pop groups are busy preparing performances and outfits for award shows. BLACKPINK, however, is notably absent in all domestic award ceremonies. Fans of the YG Entertainment girl group are hoping for an update, as the company has announced that the girl group has no activities this month.

On the afternoon of December 21, a South Korean media outlet RNX TV Korean Ent reported that BLACKPINK members Jennie and Lisa were departing for Jeju Island that day through a domestic flight to Gimpo Airport in Banghwa-dong, Gangseo-gu, Seoul. The new agency's YouTube channel even started a live stream at the airport, and BLINKs flooded the stream, eagerly waiting for the idols to appear. 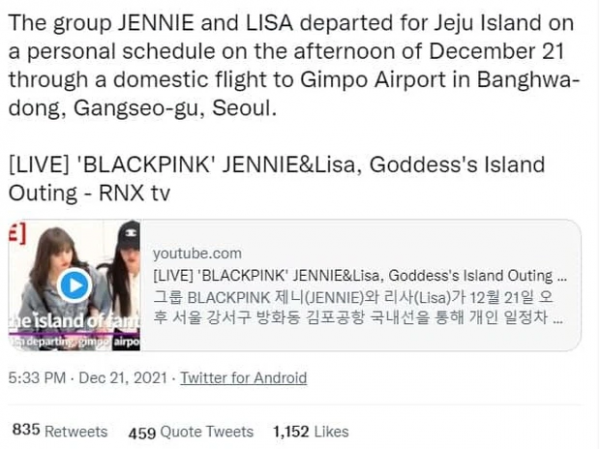 Many started to speculate about the plans of the two BLACKPINK rappers. Some believed that they were going to Jeju to relax and unwind together, while others theorized that they were heading to Jeju to film a CF or a season's greetings. As it has been a long time since Jennie and Lisa were seen together as a duo, people immediately took to Twitter to trend "Jenlisa."

However, after an hour of waiting, Jennie and Lisa were still nowhere to be seen. Soon, the new agency made an apology notice, saying, "We apologize. BLACKPINK's departure to Jeju Island seems to be false information."

BLINKs have joked that they are the most pranked fandom on earth in the past. Many post fake updates about BLACKPINK's comebacks on social media that go viral. Others post fanmade teaser photos, which also catch the attention of fans. However, instead of being angry, many joked that they were "clowned" by the news agency, and stated that this happens to BLINKs often. 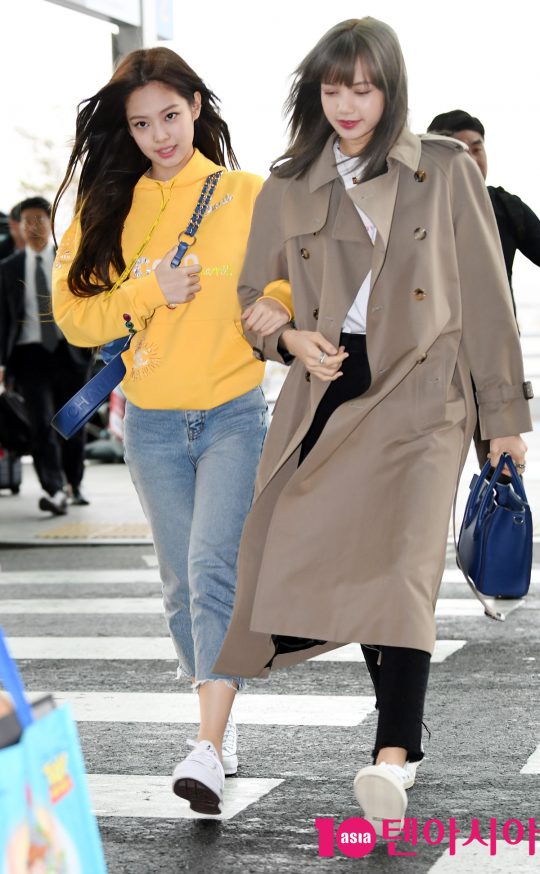 The live video is unlisted on the RNX TV YouTube channel, but it can still be watched if you have the link.

If you are interested, here is the live stream of reporters waiting for Lisa and Jennie at the airport:

In October 2021, BLACKPINK was part of the lineup for the YouTube Original special "Dear Earth." There, they encouraged viewers to be more environmentally conscious. 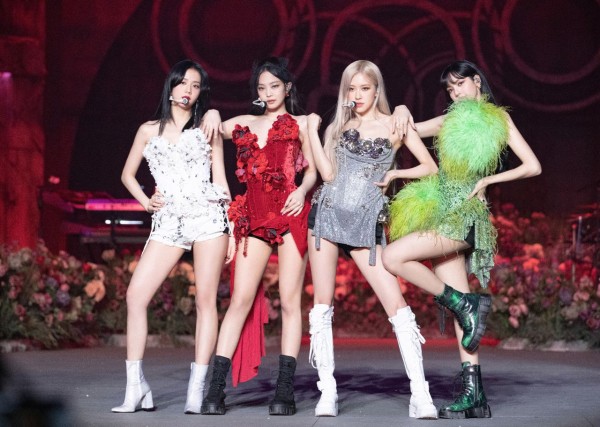