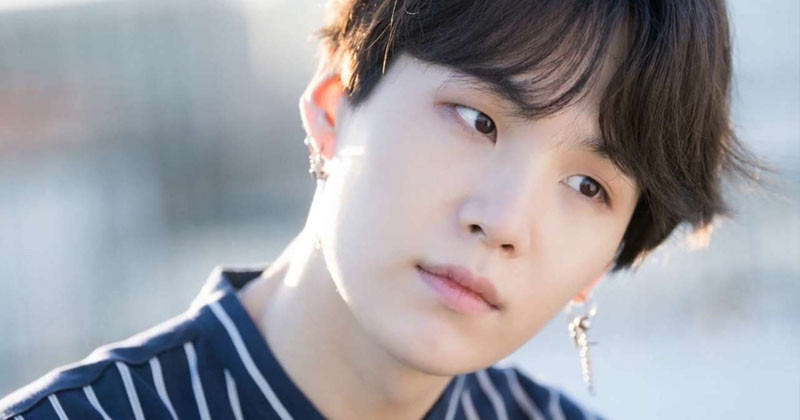 He also shares what success means to him.

Fans miss Suga a lot as it has been months since he took a temporary hiatus to focus on the recuperation of his shoulder injury. Despite him being away from the spotlight, the BTS member has achieved one major achievement recently.

Suga appeared on the Billboard Pop Songs Chart, which is said to be an exclusive list for the most popular and biggest names in the music industry. He took the No. 40 spot for his famous song titled "Blueberry Eyes," his collaboration with American singer-recording artist MAX.

This means that "Blueberry Eyes" was able to capture the hearts of the listeners of the Top 40 radio stations across America. Though the track is not yet considered as a huge hit on the list, Suga made a record for being the second South Korean artist who made it to the Billboard Pop Songs Chart!

Only PSY, with his global hit song called "Gangnam Style," was able to enter the prestigious tally in the past. The hit track was able to reach millions of people and helped introduced the Asian pop music to the rest of the globe. The song peaked at No. 10 on the list - something that Suga can achieve if all the odds be ever in his favor.

Meanwhile, in a recent interview with Weverse Magazine, Suga revealed how passionate he is in making music. As a matter of fact, he told the entertainment news publication that he wants to compose and record songs that would not only become a hit in South Korea but in the other parts of the world as well, including Japan, Europe and the United States.

The rapper divulged that the desire to produce better music is growing inside him. He said he likes impromptu music and songs that were recorded in one take. The BTS member even took a time to discuss about the "BE" album.

According to him, it took him a few days to complete his part in the second album of BTS in 2020. Suga added that he wrote three versions of the "Life Goes On" track with varying lyrics and arrangements.

Suga was also asked about his motivations in the evolution of his music. He shared he just applied all the changes naturally. He also mentioned that he changed some of his traits in 2020 after realizing that his star power might be gone in just a snap, adding that the thought made him realized to value the things he presently has.

Despite that, Suga made it clear that he and his members remain humble and grounded people who were launched by Big Hit Entertainment in 2013. Adding, he said that all seven of them do not see success as a big deal since all they want is to bring happiness and comfort to all their avid followers, ARMYs.