BTS’s Jimin Showcases His Unreal Visuals And Toned Physique With His Sexy AF “Me, Myself, And Jimin ‘ID: Chaos'” Concept Photos 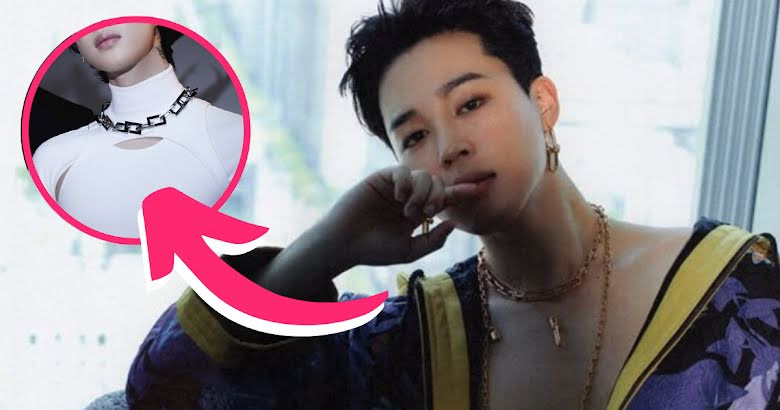 Is it surprising that ARMYs are having a meltdown?

When it comes to BTS‘s Jimin, he’s probably the true definition of duality.

In real life, netizens love how cute, loveable, and innocent his visuals are.

Yet, when he gets on stage, Jimin turns into a completely different person, shocking the world with his powerful presence and sexy aura.

Well, it seems like sexy Jimin has returned after announcing the release of his brand new “Me, Myself, & Jimin” photo-folio called ID: Chaos. After teasing the concept, the idol sent the internet into meltdown with the teaser trailer showcasing the idol’s sexy side. Even at only 16 seconds, it was truly a work of art.

Well, if the video teasers weren’t enough to send the internet into a complete meltdown, then BTS and HYBE knew what they were doing by releasing the still-cut teasers for the special photo-folio.

In the images shared on social media, Jimin continued to showcase this sexy and Homme Fatale aura with his unique look. In the first two pictures, Jimin was dressed in a black and tight-fitting long-sleeved top with slits in it.

Although the design was minimalistic, it was the accessories that really completed the look Jimin was going for. With the blockchain necklace and studs on his gloves and sleeves, it looked perfect with what looked like a stag mask.

In the next photos, Jimin changed into a similar outfit but in white.

Whether it’s showing the contrast between light and darkness or was truly for aesthetic, Jimin managed to shine. Amongst the mannequins that were in black, Jimin’s visuals truly shone and gave him a more mysterious aura, worlds away from the cute idol ARMYs love.

In the final image, Jimin was showing off his fit physique in a full body shot wearing the white outfit. In particular, the bold accessories stand out even more amongst the white.

Of course, when the images were posted, the quote retweets from the BTS tweet were flooded with ARMYs literally being unable to contain their excitement. Not even 24 hours after the concept film was released, ARMYs had to deal with even more of Jimin’s beauty from the photos.

With more previews and spoilers set to be released, ARMYs will fully have to prepare themselves for the influx of content that might just send the internet into meltdown on a regular basis.