BTS Becomes The Artist That Dominated 2020 Selected by Billboard Readers 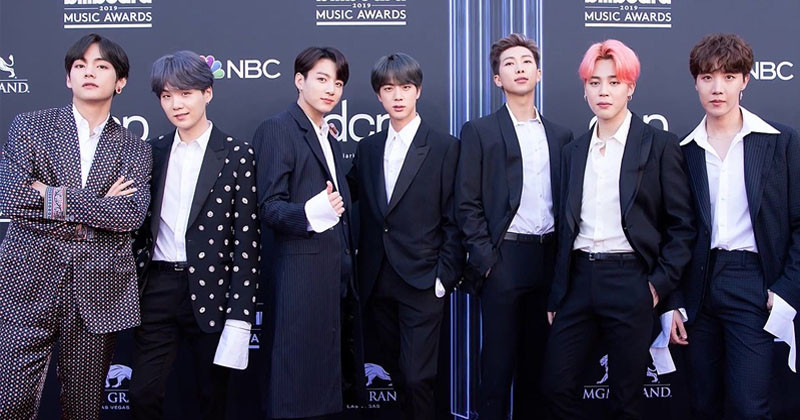 To ARMYs and K-pop fans' delight, BTS rose to the top as the artist who dominated 2020.

On Monday, Jan. 4, Billboard released the results of their "Who Dominated 2020?" poll.

In a poll that was published midway through Dec. 2020, BTS garnered 40.85% of the total votes, beating out big powerhouse names such as Taylor Swift, The Weeknd, Ariana Grande, and Nicki Minaj.

It is definitely no exaggeration that BTS dominated 2020. At the start of this year, BTS dropped the single "Black Swan" as a pre-release to their Feb. 2020 album "Map of the Soul: 7". The album is South Korea's best-selling album ever and is the first album to be certified quadruple million in Gaon Chart history. The album marked BTS as the fastest group to have four number-one albums since the Beatles in 1968. The album's lead single, "ON", debuted at number four on the Billboard Hot 100 and became BTS's first top-five hit.

In April, BTS was announced to be the best-selling artist in South Korean history, selling more than 20 million albums cumulatively. On July 14, 2020, BTS dropped their fourth Japanese studio album, "Map of the Soul: 7 - The Journey". The album topped Japan's Oricon Chart, selling over 50,000 copies within the first two days of its release. Within the first week of its release, the album sold over 564,000 copies, breaking TVXQ's previous record for first-well sales by a foreign artist in Japan. "Map of the Soul: 7 - The Journey" is the fastest and best-selling album in Japan that year.

The boy group was meant to go on a world tour this year, but it was postponed indefinitely due to the ongoing coronavirus pandemic. But still, BTS showed no signs of slowing down. On Aug. 21, 2020, they dropped their first-ever all-English single "Dynamite". The track debuted at the top of the Billboard Hot 100, making it not only BTS's first number-one hit single in the United States, but the first time a South Korean act ever had a hit single in the country. The song was such a huge success, it bagged BTS their first Grammy nomination for "Best Pop Duo/Group Performance" at the 63rd Annual Grammy Awards.

BTS snagged their second number-one single with their remix of Jason Derulo and Jawsh 685's "Savage Love (Laxed - Siren Beat)". At the time in which "Savage Love" first topped the charts, "Dynamite" ranked at second place, making BTS the fourth group to simultaneously secure the top two spots on the Billboard Hot 100.

On Nov. 20, 2020, BTS dropped their fifth studio album "BE" with the lead single "Life Goes on". The mentioned song debuted at the top of the Billboard Hot 100 chart, making "Life Goes On" the first pre-dominantly Korean song to hit number one in the United States. This also BTS's third consecutive number one in three months, a feat they achieved faster than The Beatles.

BTS is showing no signs of slowing down, and many are highly anticipating the activities the group has planned out for 2021!