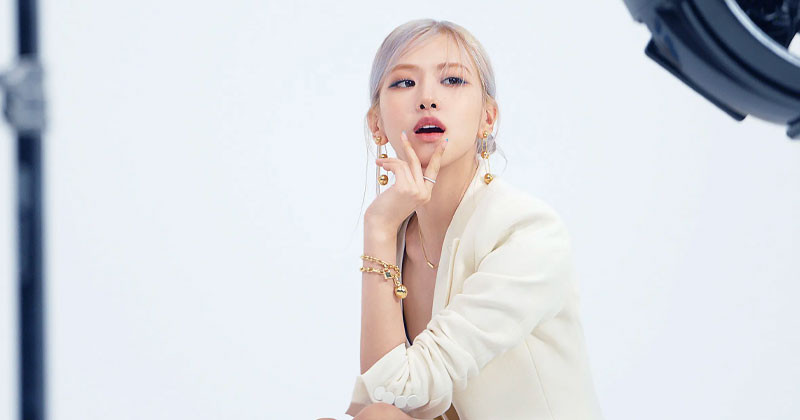 Rosé sits down with Elle Korea to talk about her debut solo album and aspirations as a singer! Keep on reading to know more.

The interview took place after Rosé's photoshoot with the magazine and focused mainly on the "On The Ground" singer's solo activities, which she has successfully concluded, as well as her aspirations as a singer.

Rosé's debut solo album, "R," that was released back in March 12, 2021, set an amazing record of more than 500,000 album copies pre-ordered, and just last month in April, the Guinness World Records announced that the music video for Rosé's title track, "On The Ground," was the most viewed music video on Youtube in 24 hours by a Korean solo artist.

In addition, "On The Ground" also dominated several music charts worldwide, such as debuting and reaching the number one spot on Billboard's global charts, making Rosé the first Korean solo artist to do so as well.

Regarding the amazing success of her first solo album, the BLACKPINK member said, "Because it was my first solo activity, I saw a lot of things that were lacking in my eyes." Nevertheless, Rosé is really grateful for receiving so much love from fans. "If the next opportunity comes, I think I can work more flexibly and have fun," Rosé added.

During the interview, the "Gone" singer also talks about the kind of singer she aspires to become. She shared that when she listens to songs, she tends to make an effort to recognize the feelings and stories that the artists want to convey. As such, she hopes that what she wants to convey through her songs are well-communicated as well. "I want to become such a singer," Rosé said.

When asked what it meant for her to be successful as both a solo artist and a member of BLACKPINK, Rosé explains that if she is satisfied with the result, then that is a success in itself. That is why she can enjoy the next step without feeling burdened by the world's "success."

Rosé's full pictorial and interview can be seen in Elle Korea's June issue.

What are your thoughts on Rosé's cover pictorials with Elle Korea?