BLACKPINK Rosé Gains Attention For Her Reaction With Backup Dancers 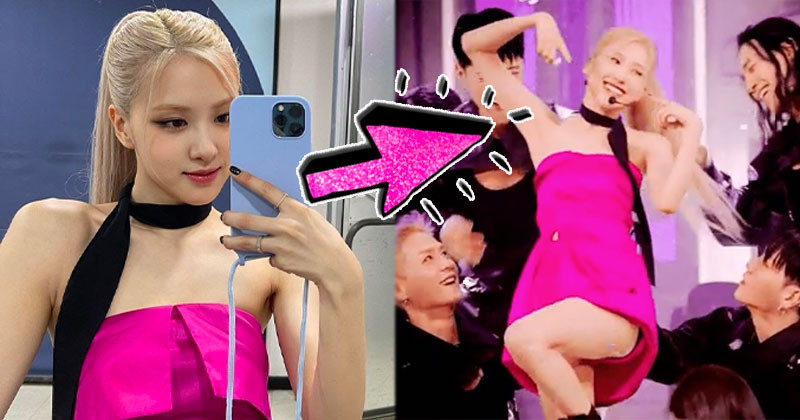 They have such a solid bond!

BLACKPINK Rosé recently had her solo debut with her album R and is currently promoting the two tracks on various music shows! Her performances have been generating a lot of buzz for obvious reasons–her solo debut has been long-awaited–but this reason is absolutely adorable!

After her SBS Inkigayo appearance on March 14, a netizen shared a gif of the end of her performance of “On The Ground” on an online forum, which garnered a lot of positive reactions!

One of the commenters shared another gif of the moment from a different angle, saying “cutie Rosé.”

Here are some of the comments left by other netizens on the post!

It’s so cute to see the obvious friendship between Rosé and her dancers. Fans have taken notice of their cute interactions and are hoping to see many more during her promotion period!

Let's take a look at her performance below and wait until the last moment!