Lisa sat down for an insightful interview with 'W Korea.'

On July 28th, the fashion magazine released a special interview clip with their cover model of the August issue: BLACKPINK's Lisa. Lisa sat down for a casual yet insightful interview, updating fans on what she's been up to lately. The idol also talked more about her childhood, her love for vintage items, her pets, and more.

Lisa began with her childhood story. While holding a polaroid photo of "baby Lisa," she revealed, "I think I was three or four years old in Korean age." She went on, "Back then, I went to my grandmother's house often. I used to like playing as a chef, pretending to make some food. When I grew up, I spend my life dancing." 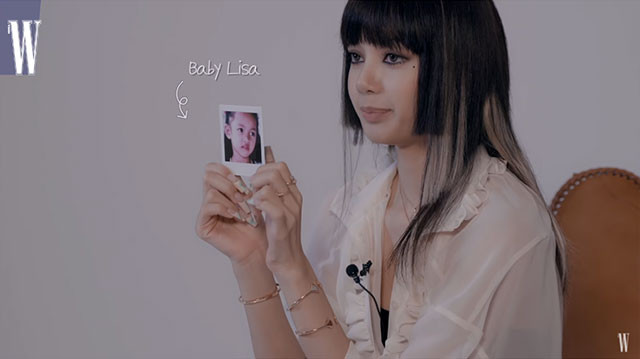 When asked if there's a moment she would like to go back to, Lisa said, "No." She continued, "I don't want to go back. I like the present. However, if I really have to, I will choose the moment when I was a baby when I couldn't really talk. I think that moment is the happiest moment and I had no stress."

The BLACKPINK member then revealed the reason why she likes vintage items. She explained, "I really like vintage jeans. You know, there's a particular feeling of vintage items." Lisa added, "When I watch a movie and I saw the actors wearing beautiful clothes from various eras, I always go to a vintage shop after that and buy them." Lisa said that the latest vintage item she had bought was a pair of orange-colored low heels from the Internet. 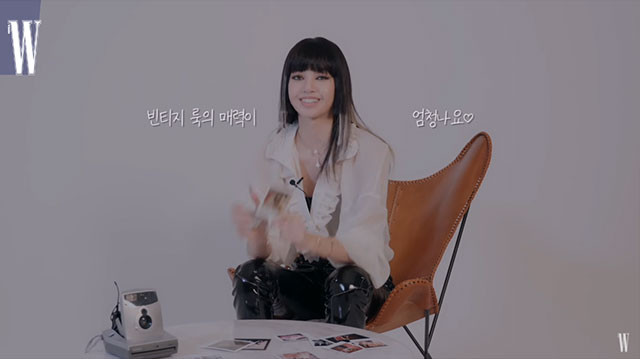 During the interview, Lisa also talked about her pets. Lisa said that she fell in love with her first 'baby' Leo at first sight. For Luca, she described him as charismatic, cool, and chic. Unlike Luca, Lili is the aegyo-ful 'princess' whom she adores. Louis is not much different from Lili as he is also full of aegyo. Last but not least, maknae Lego is the one who responds to people well. 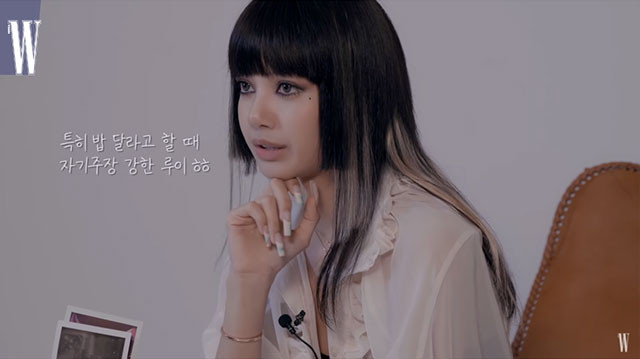 Before the interview ended, Lisa sent her message to BLACKPINK members and BLINKs. Lisa said, "I want to hug them and said, 'Thank you for like always be here for me. I love you.'" 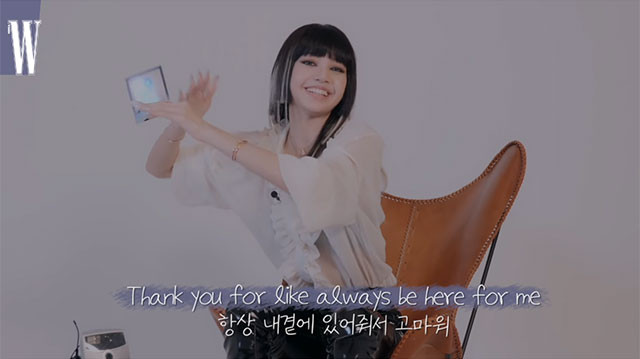 You can watch the full interview below.