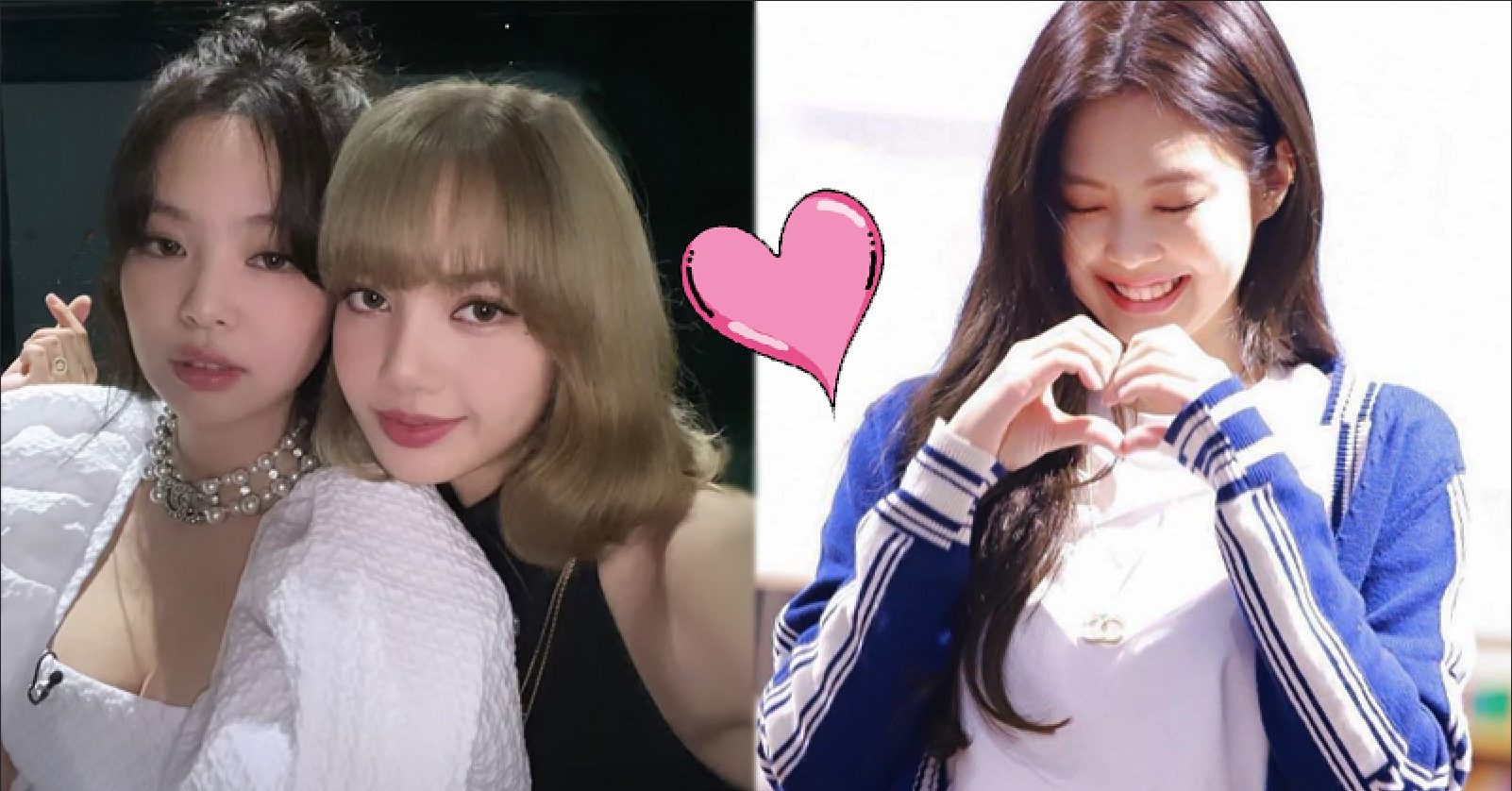 On September 24, BLACKPINK Jennie proved she's the No. 1 fan of Lisa through her latest Instagram story.

JenLisa ship is sailing! On Friday, BLACKPINK Jennie showed her love and support to her co-member and new soloist Lisa through her Instagram account. According to the SOLO singer, she fell in love with Lisa "again" after watching her Money performance video. Jennie then praised the BLACKPINK maknae by saying, "This is cool even after seeing it twice and three times. I actually saw it in advance, but it's cooler to see it again."

She added, "Falling in love with Lisa again. Drop that money," cheering on Lisa's first solo activity by writing down some of the lyrics from the song Money.

As a result, fans expressed their happy hearts, leaving comments SNS such as, "She really said, she's falling in love with Lisa again," "Who wouldn't fall in love with her," and "Jennie is a sweet sister." 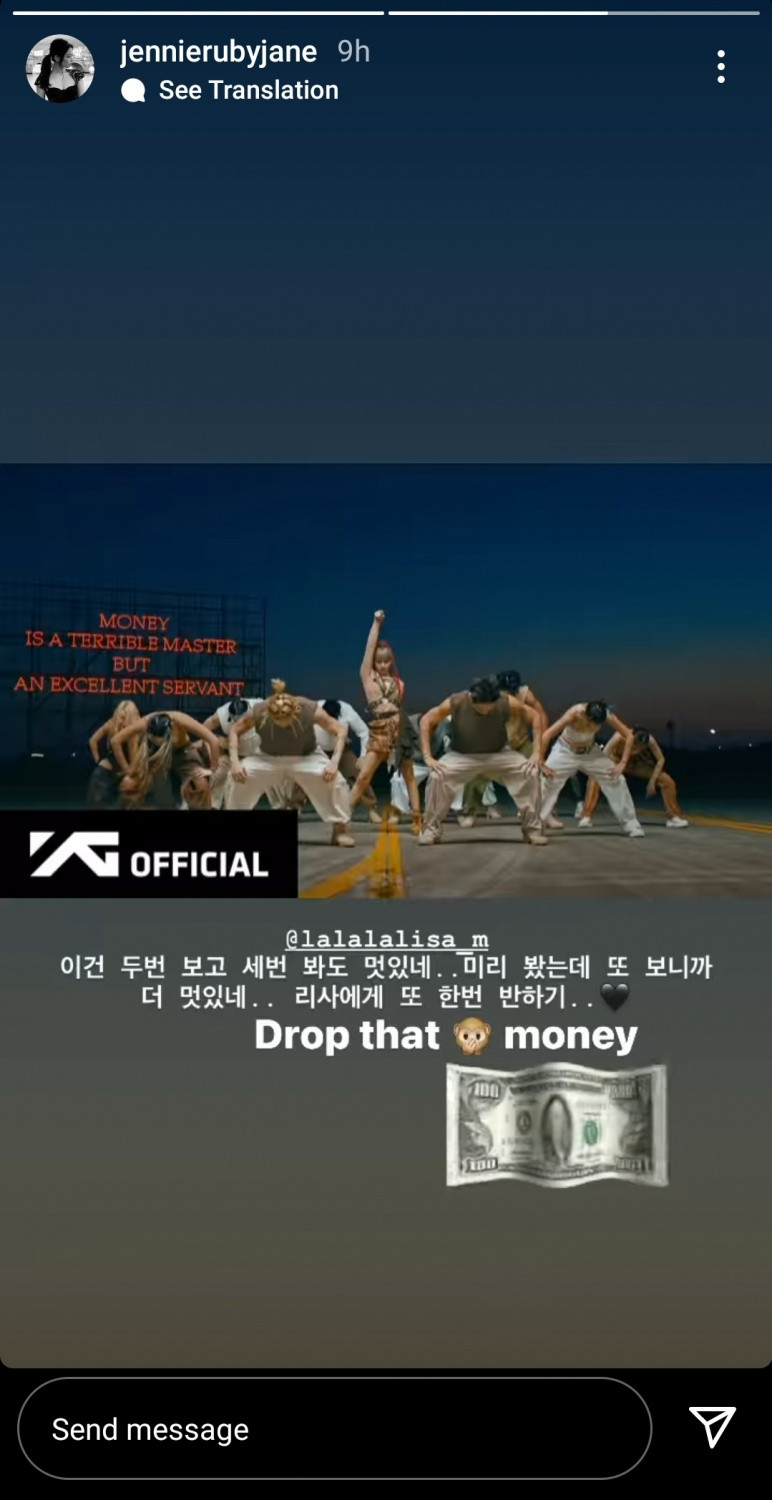 Meanwhile, Jennie is not the only one who showed support for the quartet's youngest member. During the MV filming, the eldest member Jisoo and Rosé were also spotted cheering for Lisa on the set.

According to BLACKPINK Lisa, the three members helped her a lot, from choosing her music video outfits to buying her snacks – proving BLACKPINK members' undying love for their youngest. 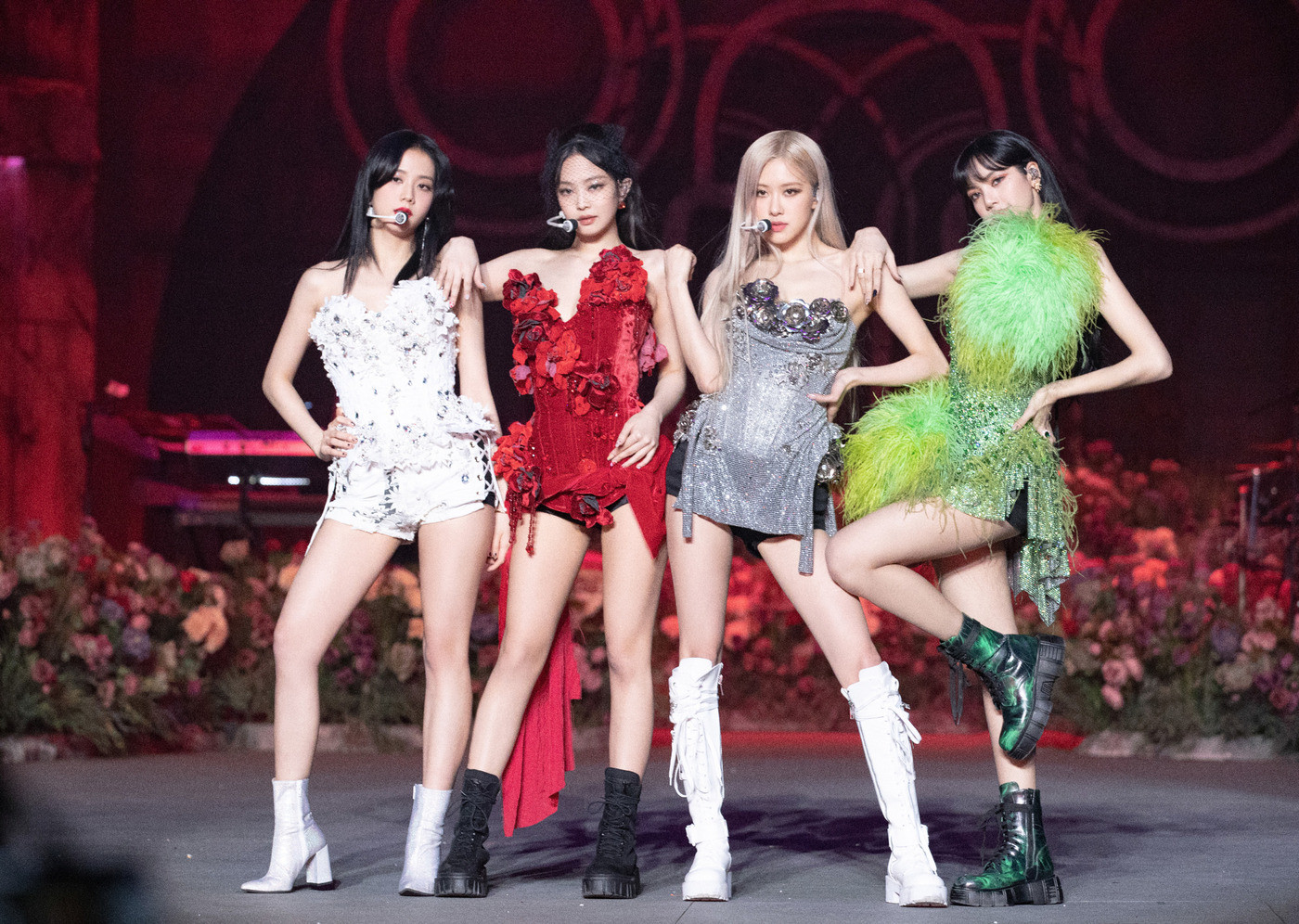 On September 10, BLACKPINK Lisa released her much-anticipated solo album LALISA. Upon the release, the title track with the same name and Money broke records on various charts.

The title song LALISA has, so far, topped the iTunes Top Song Chart and YouTube Top 100 Chart in 72 countries. It ranked second on the U.S. Billboard Global 200 chart and was also ranked on the Billboard Hot 100 (84th) and the UK's Official Single Top 100 (68th). Furthermore, LALISA MV also surpassed 100 million views in only two days, and has now exceeded 200 million views today (September 24), about 13 days later, setting the shortest record for a female K-pop solo artist to do so.

The initial sales of the LALISA album exceeded BLACKPINK THE ALBUM (690,000 copies) based on the Hanteo chart, exceeding 800,000 copies, including overseas sales.