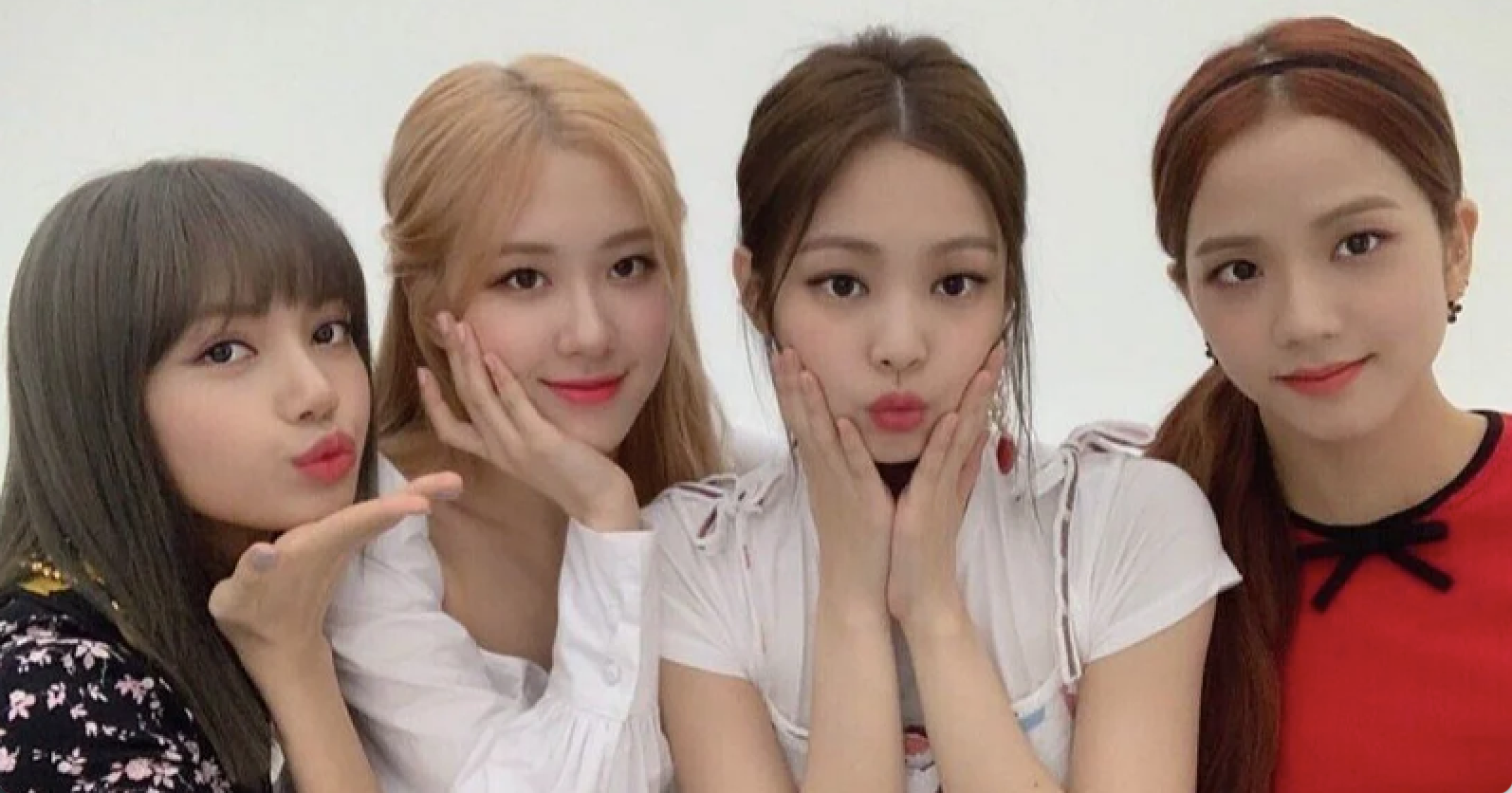 BLACKPINK has always been known as a group associated with "records". The girls not only proved their charm through the huge views on music platforms but also showed their influence on the digital music site Spotify with high-quality streams. 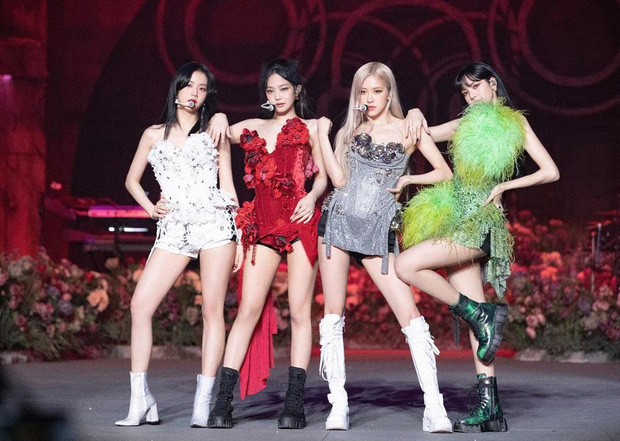 Recently, the song "As If It's Your Last" by the YG girls has risen to the top position in terms of streams in the total number of girl group songs released in 2017, worldwide. Thereby, BLACKPINK officially marked the achievement of 4 consecutive years of owning the most streamed song on Spotify through each year of release from 2017 to 2020.

With 294.6 million streams on the digital music platform Spotify, As If It's Your Last surpassed the cult British group, Little Mix, to rise to the top of this chart. Although the song was released 4 years ago, the girls' music has always been supported and received by the fans. 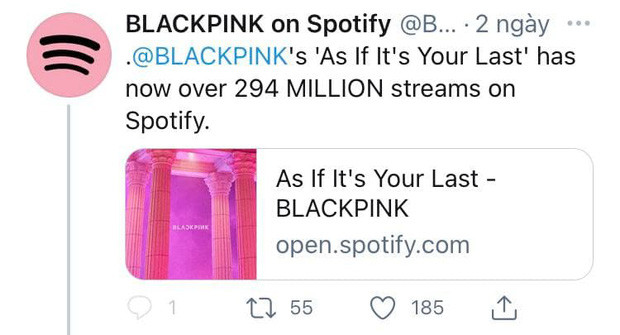 The song "As If It's Your Last" reached over 294 million streams on Spotify. 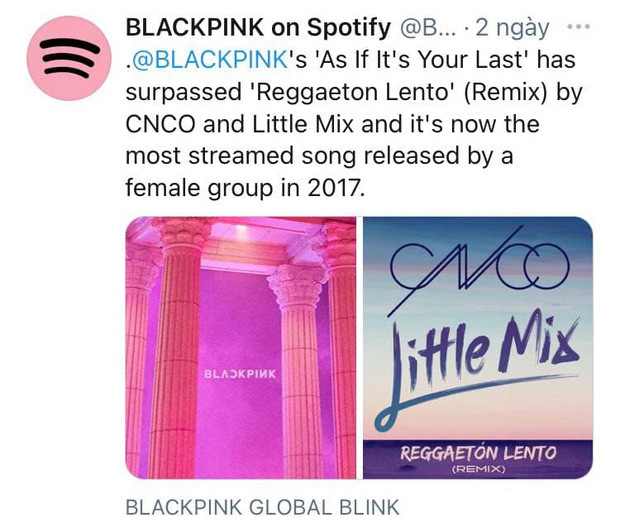 As If It's Your Last surpassed the group, Little Mix, to take the top spot in 2017.

In 2018, BLACKPINK continued to appear in this chart with 3 hit songs. In which, the collaboration with singer Dua Lipa in the song Kiss And Make Up brought more than 431 million streams for YG's group, the girls continued to surpass Little Mix to rise to first place.

Kiss And Make Up brings over 431 million streams on Spotify

Besides, also in 2018, BLACKPINK has 2 other songs featured in the top 5, which are DDU-DU DDU-DU, and Forever Young. 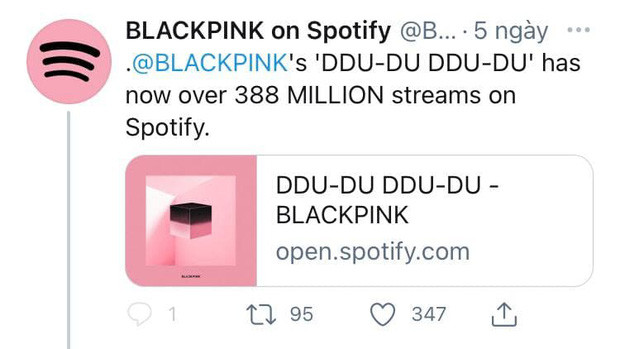 DDU-DU DDU-DU is also on this list with more than 388 million streams.

2019 continues to be a year of great success for BLACKPINK, when the 4 girls once again lead on this list. With the song Kill This Love, BLACKPINK swept all charts, surpassing formidable rival TWICE with more than 460 million streams. A record number shows the growing attraction of this group on digital music platforms. 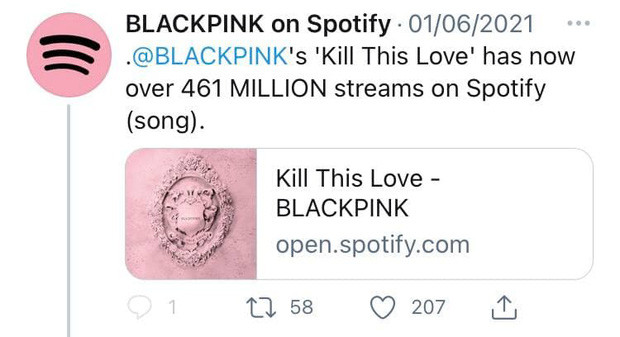 BLACKPINK continues to top this chart in 2019

2020 seems to be a year "flooded with BLACKPINK" when the girls have 5 songs in the top 6 streams of Spotify. "The fever" How You Like That topped the list with 447.8 million streams. The hit songs on the album The Album released in 2020 by the 4 girls also ranked high in the Spotify chart consecutively. 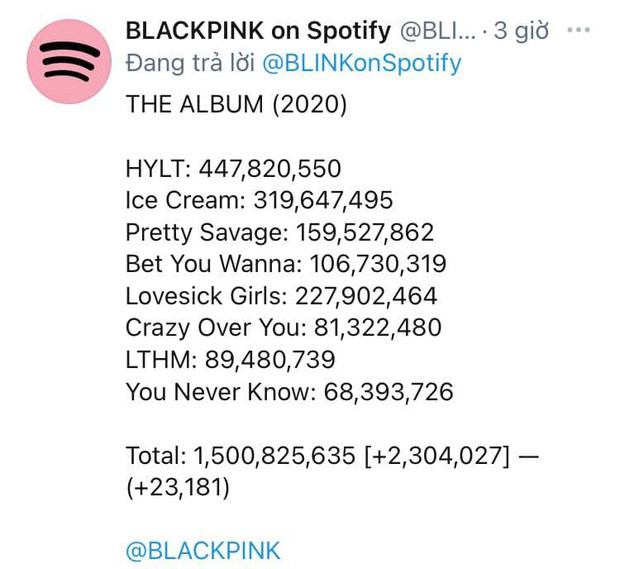 BLACKPINK owns a series of top songs on Spotify