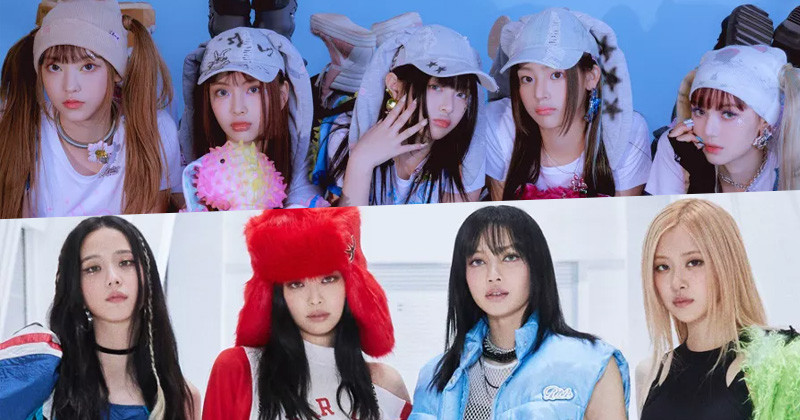 For the week of January 1 to 7, NewJeans earned a quintuple crown after dominating five different charts! Not only did their new album “OMG” debut at No. 1 on the album chart, but its tracks “OMG” and “Ditto” as well as NewJeans’ summer hit “Hype Boy” have taken top spots on Circle’s download, digital, streaming, and Global K-pop charts.

Check out the full rankings below!

On this week’s album chart, NewJeans debuted in the top two spots with their latest release “OMG,” as well as the album’s Weverse version.

Debuting at No. 3 was NCT DREAM’s winter special mini album “Candy,” followed by their agency SM Entertainment’s new agency-wide album “SMCU PALACE.” Lastly, “INCENSE” by ASTRO’s unit Moonbin&Sanha made its debut on the chart at No. 5.

In addition to the album’s No. 1 ranking, NewJeans’ latest title track “OMG” also made its debut at No. 1 on Circle’s download chart.

This week’s digital chart remained similar to last week’s, with “Ditto” by NewJeans holding onto No. 1 while “Event Horizon” by Younha followed in second.

The only new entry on this chart was NewJeans’s “OMG” at No. 3, which knocked their song “Hype Boy” down one rank to No. 4. Closing out the list was “NOT SORRY” (featuring pH-1 and produced by Slom) by Lee Young Ji from “Show Me The Money 11,” which maintained its No. 5 rank.

Circle’s streaming chart had the exact same entries as the digital chart, but in a different order. The top three ranks remained the same as last week, with NewJeans’s “Ditto” in No. 1, followed by Younha’s “Event Horizon” and NewJeans’s “Hype Boy.”

NewJeans got their third entry on the streaming chart as “OMG” made its debut at No. 4, while Lee Young Ji’s “NOT SORRY” landed in fifth.

NewJeans “Ditto” earned itself a triple crown this week after topping not only the digital and streaming chart but also the Global K-pop chart! While “Ditto” held on to its top spot, NewJeans’s “OMG” debuted at No. 2.

This new entry shifted “ANTIFRAGILE” by LE SSERAFIM into No. 3, followed by NewJeans’s “Hype Boy” in No. 4. Maintaining its No. 5 position this week was “After LIKE” by IVE.

This week’s social chart was nearly identical to last week’s. BLACKPINK came in No. 1 once again, followed by BTS keeping their No. 2 rank. NewJeans held onto the No. 3 position, followed by Choi Yu Ree in No. 4, and Im Young Woong climbing up to No. 5.

Congratulations to all the artists!