BLACKPINK Confirmed Not To Attend MAMA 2020 But This Award Instead? 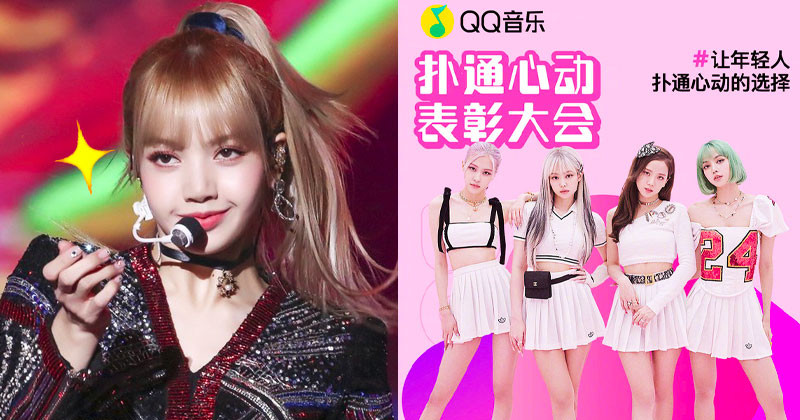 BLACKPINK's schedule in China shows that they will most likely not be present at the 2020 MAMA awards ceremony.

There are only a few days left until the Mnet Asian Music Awards (MAMA 2020) will take place, although YG has "broken the rules" for TREASURE to attend, but BLACKPINK's presence at this event is still left open. However, it is possible that this girl group will continue to be absent from MAMA 2020 as in previous years.

Recently, BLACKPINK confirmed to participate in the Boom Boom Award 2020 ceremony of QQ Music (China). The ceremony was held on December 6 - at the same time that MAMA 2020 took place. In addition to the girl group from YG, 2 other Kpop representatives, SEVENTEEN and Hwasa (MAMAMOO), also appeared at this ceremony.

BLACKPINK's move made many people believe that the 4 girls secretly confirmed not to attend the Korean award ceremony. This makes fans remember that in 2019, the YG girl group also held a concert at Tokyo Dome (Japan) on the same day MAMA aired.

Many fans also said that YG let BLACKPINK participate at the Chinese awards ceremony instead of MAMA, which is the expression of this "big man" still turning his back, challenging Mnet after years of bland interactions of them Even so, after the fact that a number of awards such as AAA, APAN Music Awards "forgot" BLACKPINK, despite the group's great achievements, many more people lost faith in the Korean award ceremony.

However, there are still people speculating that the possibility of BLACKPINK appearing at MAMA 2020 is not necessarily over, because the Boom Boom Award 2020 ceremony was pre-recorded. SEVENTEEN and MAMAMOO are still in the artists participating in MAMA this year, so maybe the YG girl group "turned the wheel" at the last minute?

"Last year holding a concert in the middle of MAMA and this year attending the award ceremony in China. Savage!"

"This ceremony was pre-recorded so there is still a chance for BLACKPINK to turn the wheel. Whatever you say, I hope to see the BLACKPINK MAMA stage once."

"Maybe this one recorded first. SEVENTEEN went to MAMA but this award still attended."

"You can just cut off MAMA's face. I like that."

"I thought YG and Mnet got along. Harsh!"

"At home, all achievements such as AAA and APAN are dismissed, MAMA will be followed by what can be expected."

What do you think of this act of YG to BLACKPINK?

What Netizens Think Is The Reason BLACKPINK Hasn't Received Any Daesang

2020 is a year that BLACKPINK has upgraded itself to a new version: working harder than the normal operation of the past few years. Specifically, BLACKPINK has had 3 comebacks this year, including "How You Like That" (June 26), "Ice Cream" with Selena Gomez (August 28) and "Lovesick Girls" (October 2). During their third comeback, BLACKPINK also released their first full-length career album after 4 years since their debut, "The Album".

Success on YouTube and digital music with "How You Like That", setting a record for album sales for a girl group with "The Album", reaching international level when reaching the top 2 of Billboard 200 ... are some of the impressive achievements. However, for BLACKPINK, the group seems to have everything but lacks something quite important in the successful career of a Kpop idol group: Daesang.

Daesang is considered an important award that every Kpop artist's music career wants to get. Certainly, BLACKPINK as well as fans want their idol to soon put a Daesang in their pocket after more than 4 years of hard work.

The only two major awards held, the Soribada Best K-Music Awards and the Asia Artist Awards, have signaled a "scarce" season that could even continue to be empty-handed to BLACKPINK's Daesang. At the Soribada Best K-Music Awards 2020, only 1 Daesang belongs to BTS, even 3 awards that are as important as Daesang at the ceremony do not name BLACKPINK but instead are Red Velvet, TWICE and Kang Daniel.

Also in the Asia Artist Awards 2020, the rate of reaching Daesang is extremely large when this award ceremony has been upgraded to 6 Daesang awards. However, with the "strategy" as giving the awards to those who come, of course, BLACKPINK continues to miss the chance to get Daesang at the 2020 Asia Artist Awards. Daesang's "empty-handed" potential of 4 YG girls is very high.

Remember last year, BLACKPINK was so bland with the biggest award ceremony Mnet Asia Music Awards (MAMA) when implicitly confirmed not to appear here. On the same day, BLACKPINK held a concert in Japan - the place where MAMA 2019 held. This year, the YG family showed a "replay" signal with Mnet when they let rookie TREASURE join MAMA 2020. It seemed that BLACKPINK had reunited with Mnet, all of a sudden, the group announced a schedule to attend the ceremony awarded Boom Boom Award 2020 by QQ Music (China). The award ceremony was held on December 6 - the same time as MAMA 2020 took place.

Fans constantly objected to the lack of year-end awards ceremonies that YG gave BLACKPINK. Anyway, the YG girl group has only been operating for 4 years, still needs to come to big awards ceremonies. Moreover, although the number of appearances on music stages or awards at the end of the year is quite rare, each time BLACKPINK appears, it creates impressive highlights. BLACKPINK's performance at SBS Gayo Daejun aired on December 26, 2018 after less than 2 years, has reached 200 million views. This is considered the most impressive stage in the year-end music parties recently. 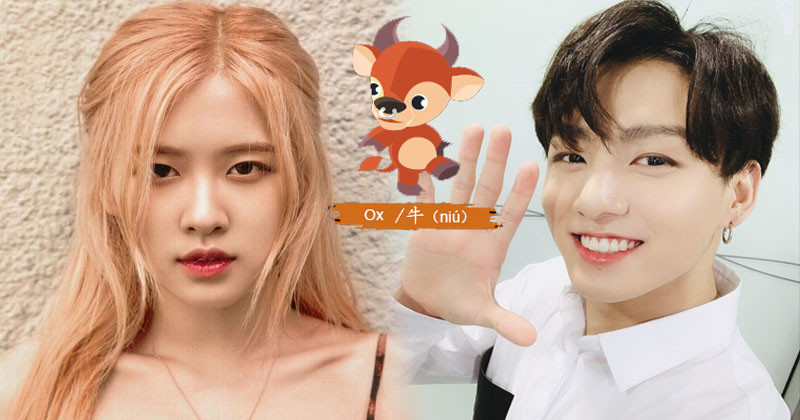 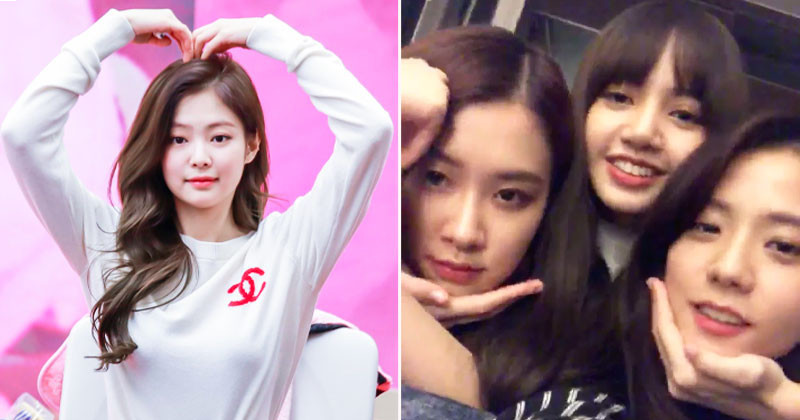 What Is Jennie's Honest Thoughts About Her BLACKPINK's Teammates? 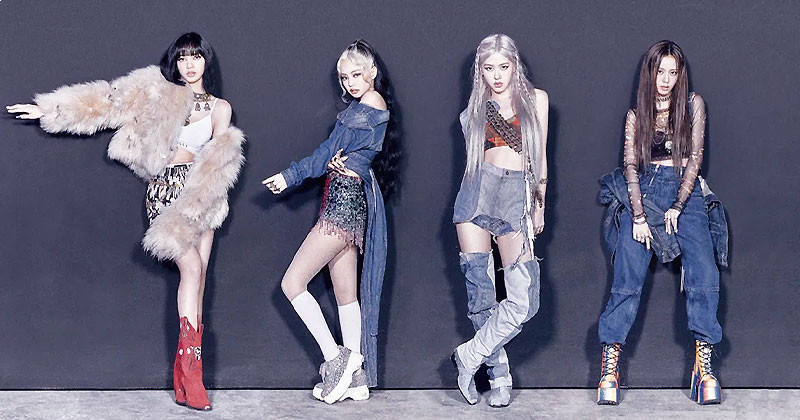 BLACKPINK's “How You Like That” Played During NFL’s Playoff Games 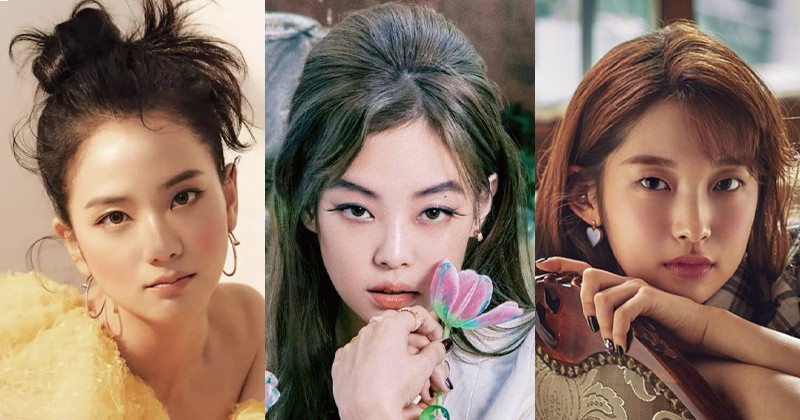