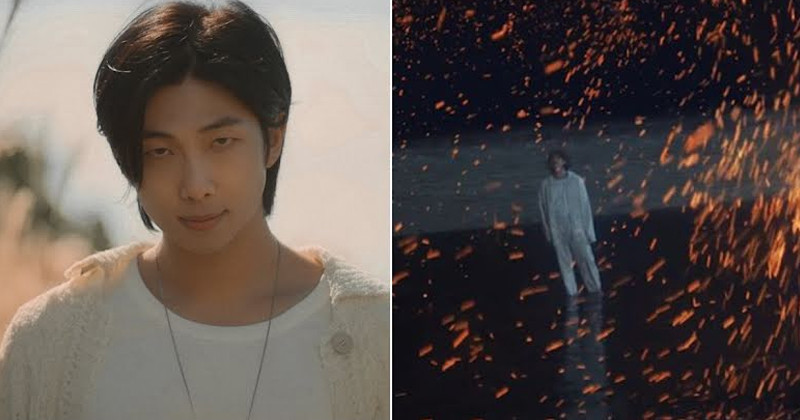 The history dates back to the Joseon Dynasty.

As expected from RM, along with the album, the music video for his track “Wild Flower” was truly beautiful and captured the hearts of netizens worldwide.

During a live broadcast after the video’s release, RM looked at some of the scenes and particularly drew attention to one with fireworks.

In particular, the idol explained that one of his friends told him to go and watch the fireworks, which he described as nakhwa nori, and he instantly knew he wanted it in the music video. Despite what ARMYs might think, RM emphasized that it wasn’t CGI and he’d actually filmed at the location.

But what is Nakhwa Nori?

Nakhwa nori is a traditional Korean fireworks event that is held in Korea during certain months and is usually done to celebrate the Buddha’s birthday or during a full moon.

Unlike normal fireworks, nakhwa nori is made from stringing tiny bags with a combo of charcoal made from salt and burnt mulberry onto ropes that get hung over water and lit. Most of the time, they are burnt over water as it creates a beautiful scene of color and vibrance.

The Korean variety show 1 Night and 2 Days did an introduction video to the fireworks, showing how they were done. Before going to the location, the cast members wrote wishes and when they arrived, saw them hung over the lake.

Like in the Joseon days, men travel on boats to manually light the nakhwa sticks with torches.

As the sticks start to burn and the fire is transferred to the charcoal powder, it creates a beautiful fire effect. By reflecting on the water, it seems like something out of a fairytale.

Yet, the cast of the show realized the full impact when the sky went dark, and the lights were able to shine more brightly.

The custom of Nakhwa Nori dates all the way back to the Joseon Dynasty and was done in order for the people to pray for their well-being and wishes for a good and prosperous year.

Although it was initially an event for the wealthy and aristocrats during the Joseon Dynasty, it recently gained popularity again and is a popular event for people in Korea.

There is no denying that the scene was beautiful and for anyone visiting Korea, it is a must-see event. RM always puts so much thought into his music and this video was no exception, using Korean history to create something meaningful.