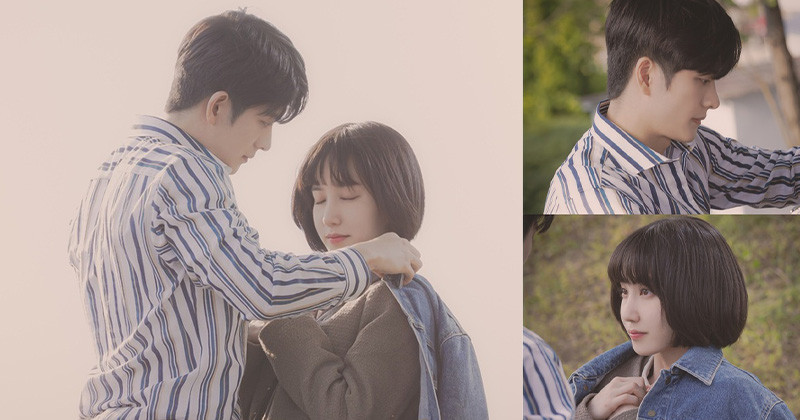 Positive changes are coming for the “whale couple” of “Extraordinary Attorney Woo”!

The drama tells the story of Woo Young Woo (Park Eun Bin), a young lawyer with Asperger’s syndrome who joins a major law firm. Due to her high IQ of 164, impressive memory, and creative thought process, the brilliant Woo Young Woo graduates at the top of her class from the prestigious Seoul National University for both college and law school – but she still finds herself struggling when it comes to social interactions. Kang Tae Oh plays Lee Joon Ho, a popular employee at the law firm.

The newly released stills hint that Woo Young Woo and Lee Joon Ho will get closer than ever, further amplifying anticipation for the upcoming episode. In the first few photos, the two characters are facing each other in the dimly lit office. Woo Young Woo seems to have made up her mind about something, and Lee Joon Ho gazes sweetly at her with a warm smile playing on his face.

More photos show a heart-fluttering moment between the two. Lee Joon Ho takes off his jacket and wraps it around Woo Young Woo, who clutches onto her hands tightly and remains rooted to her spot. Will Lee Joon Ho, who realized how he felt about Woo Young Woo, make a beeline for romance?

This episode of “Extraordinary Attorney Woo” will air on July 20 at 9 p.m. KST.