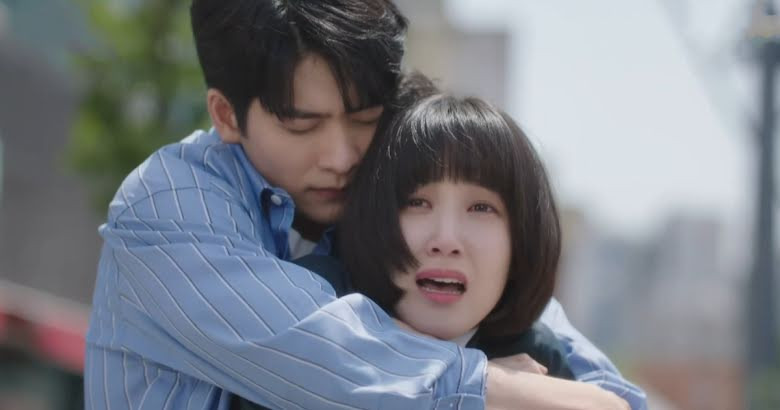 It shows the research and effort put into the series!

Since it started airing, the K-Drama Extraordinary Attorney Woo has gained praise from netizens worldwide.

Following the story of the first autistic Korean attorney Woo Young Woo (Park Eun Bin), the series has heartwarming stories that have touched the hearts of netizens.

Alongside Woo Young Woo’s stories of showcasing her talent in a prejudiced society, the love story between her and Lee Jun Ho (Kang Tae Oh) has also captured the hearts of netizens.

Throughout the series, many have seen the duo’s relationship develop, and they’ve recently shared their romantic admiration for each other.

Since their first confessions and kiss, their relationship has been sweet. Even in the recent episode, there were moments that sent the internet into meltdown.

Yet, there was one moment that truly captured the hearts of netizens and made them very emotional. Throughout the series, Woo Young Woo has shown a sensitivity to loud sounds and traumatic moments.

It was no different after witnessing a fatal car crash where her client was killed while Woo Young Woo was with his wife. Netizens praised Park Eun Bin’s acting when she was seen portraying an unexpected panic attack.

Netizens’ hearts broke as Woo Young Woo started shaking and crying at the event she witnessed.

When Lee Jun Ho saw what was happening, he left the scene and immediately took her hands and wrapped his arms around her, which seemed to calm her down.

Although it seemed sweet, the significance of this action was not revealed until later in the episode. As they are walking back, Woo Young Woo thanks Jun Ho for hugging her during and. As she started explaining why it helped, Jun Ho shocked fans after revealing the reason.

Anxiety can be relieved if pressure is put on their body during sensory overload. In France, they have hug chairs for people with autism. The back is blocked like this and, when someone sits down, the inside of the chair swells up and hugs the person really tight. — Lee Jun Ho\

The reason netizens were surprised was that Lee Jun Ho’s answer showed the research he had done on autism to help understand Woo Young Woo better.

What made them even more soft was when Woo Young Woo asked whether she could buy the chairs in Korea, Jun Ho explained that she didn’t need one as he would be her “personal hug chair.”

The series seems to have undertaken thorough research on the topic. Although physical contact isn’t always liked by those with autism, research has shown that a tight hug that provides deep pressure can help many people feel calm and secure.

When netizens saw the link, they couldn’t stop praising the series for putting in the research and the way the actors portrayed this.

Throughout the series, the show has been praised for its thoughtful research and approach to the storylines. Even Park Eun Bin shared her reluctance to play the role due to her lack of understanding.