From idol group to villain to second lead… Kang Tae Oh has done it all.

One of the hottest K-Dramas right now has to be Extraordinary Attorney Woo. The heartwarming series starring actress Park Eun Bin has gained praise for its representation of those with autism and is trying to break down stereotypes.

Yet, alongside the beautiful storyline, netizens have also fallen in love with the lead actor Kang Tae Oh, who plays Lee Jun Ho, another employee at Hanbada.

Since the moment he met Woo Young Woo, his warm actions have melted the heart of viewers as they’ve watched his feelings develop for the attorney.

Although Kang Tae Oh debuted almost ten years ago, his past is still unknown to people as this is the first time the idol has taken a leading male role in the K-Dramas he has played.

Of course, there is no denying that Kang Tae Oh is handsome AF and constantly wows netizens with his visuals.

So, it shouldn’t be surprising to know that the actor actually debuted in an idol group.

Back in 2013, Kang Tae Oh first made a name for himself when his agency Fantagio Entertainment debuted the first actor group called 5urprise.

Unlike idol groups which begin their careers as singers and later expand their endeavors to acting, 5urprise did the opposite. As their first project, they made their acting debut in After School: Lucky or Not, which featured other K-Pop idols. After the group’s debut, the members of the group quickly found their feet in the world of acting, and Kang Tae Oh was no different. At the start of his career, Kang Tae Oh had minor roles in some huge K-Dramas.

Yet, for many, their first experience with Kang Tae Oh was actually in the web drama To Be Continued, which featured members of fellow Fantagio group ASTRO. In the series, Kang Tae Oh played a “thug” who went around causing chaos and trouble.

Despite his charming visuals, he seemed to have a knack for playing the bad guy. In 2019, he tricked viewers when his character Cha Yul Mu turned out to be the villain of the series but shocked fans after his kiss with male co-star Jang Dong Yoon.

He then changed it up again and had a leading role in the drama My First First Love. In this show, he played the wannabe actor who falls for a rich girl and tries to help her adapt to normal life. It wasn’t until the last few years that Kang Tae Oh burst out from his supporting roles to those in the forefront. After playing a son, a villain, and many more, Kang Tae Oh wowed alongside Girls’ Generation’s Sooyoung in the K-Drama Run On.

As one of the second leads, Kang Tae Oh stunned fans with his charming personality and chemistry with Sooyoung. 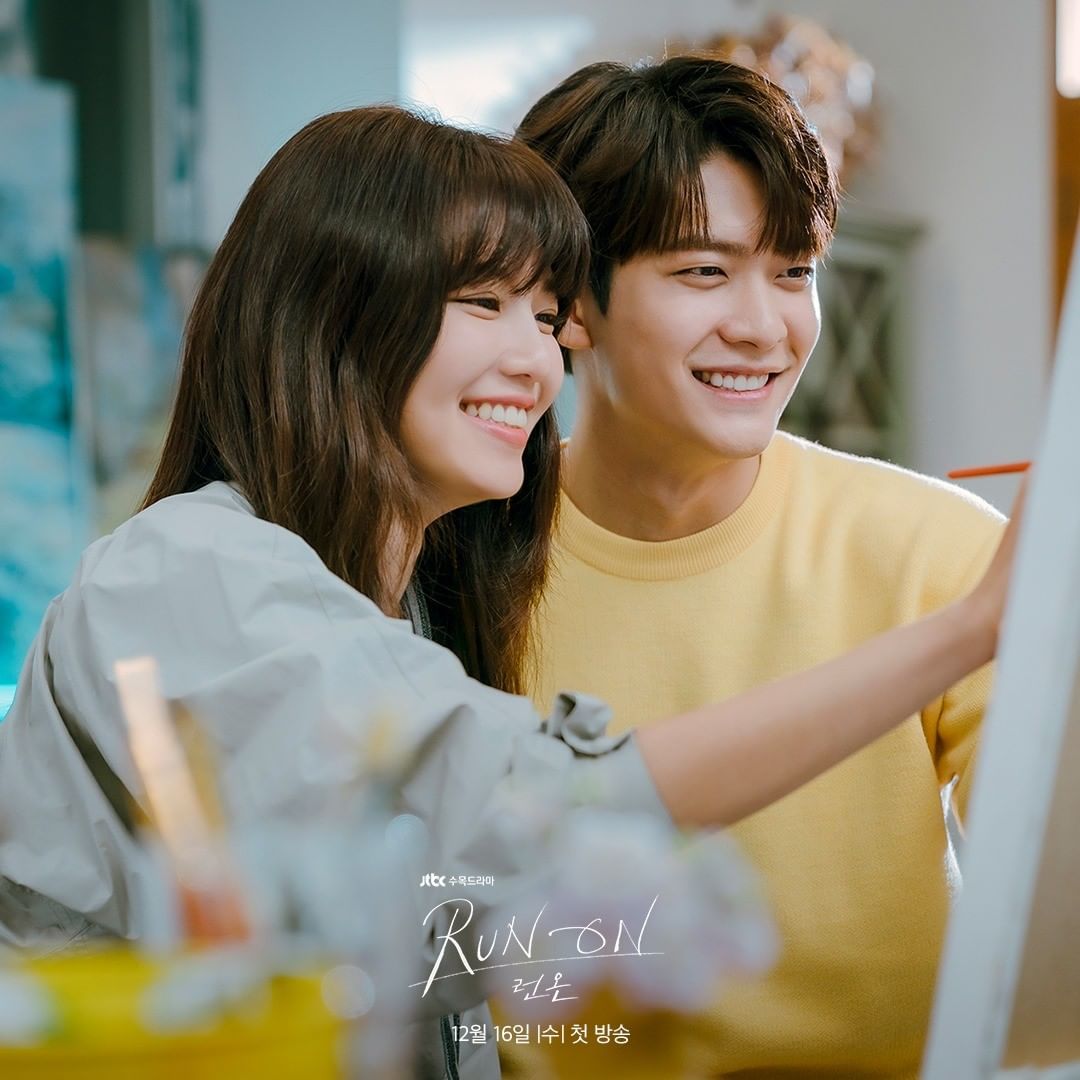 He then played a pivotal role in the recent series Doom At Your Service. Transforming into a cafe owner called Lee Hyun Kyu, Kang Tae Oh continued to showcase his talent and made his mark in a show with a star-studded cast.

After almost ten years in the industry, netizens couldn’t hide their excitement when Kang Tae Oh finally got his leading man moment in Extraordinary Attorney Woo. For many, it was his years of hard work that made this moment, and his rising popularity is well overdue.