4 Stories About BTS’s Suga That Will Melt Your Heart 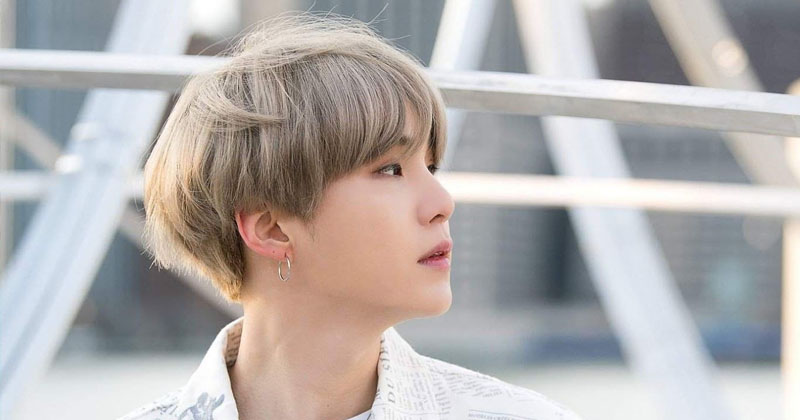 BTS‘s Suga can sometimes look a little intimidating due to his cold resting face and fierce image on stage. However,...

BTS‘s Suga can sometimes look a little intimidating due to his cold resting face and fierce image on stage.

However, there are plenty of stories that show that Suga is quite the sweetheart. Here are 4 stories about Suga that will melt your heart.

Jihoon is a former Big Hit Entertainment trainee who trained alongside the BTS members for some time. He once shared a story on his YouTube channel, Brightoon TV, of a time when Suga helped him. Jihoon shared that he once got nauseous in the middle of the night and was throwing up multiple times.

However, in the middle of the night, Suga checked on him and noticed that he was in bad shape. Suga then decided to take Jihoon to the hospital.

Jihoon ended up spending the rest of the night in the hospital, and Suga was with him the whole time. Jihoon also revealed that Suga paid for his hospital fees with his own money!

2. Sending a heartwarming message to V

In 2018, BTS was going through a lot of struggles and even considered disbanding due to it.

During that time, Suga ended up sending a long message to V that had him in tears. At the end of his message, Suga wrote, “I love you.” After V read this message, he cried for ten minutes!

The other BTS members were surprised when they heard this, as Suga usually doesn’t send messages like this.

3. Suga’s former high school teacher sharing what he was like

In 2019, Daily News visited some of Suga’s old schools and interviewed some people who knew him personally. One person that was interviewed was Kwon Jae Hwan, Suga’s former high school teacher.

During the interview, Kwon Jae Hwan revealed that Suga was a student that never violated the school rules. Not only that, but he also praised Suga for how dedicated he was to music at that time.

Yoongi [Suga’s real name] never violated any school rules. Since it was the old era and it was a boy’s private school, the dress code and hair rules were very strict.

But he has never violated [the rules], giving excuses like he’s doing music or any such thing. There was no place to learn music in Chilgok [Suga’s hometown]. So until he went to the music academy in the second semester, he studied very hard in the classroom as not to disturb other students.

He would stay awake until dawn to study composition. But he never violated rules with excuses like he was doing music and things like that.

One time, J-Hope got extremely sick, and Suga took action by taking him to the emergency room.

Not only that, but Suga also revealed that he carried J-Hope on his back to the emergency room!