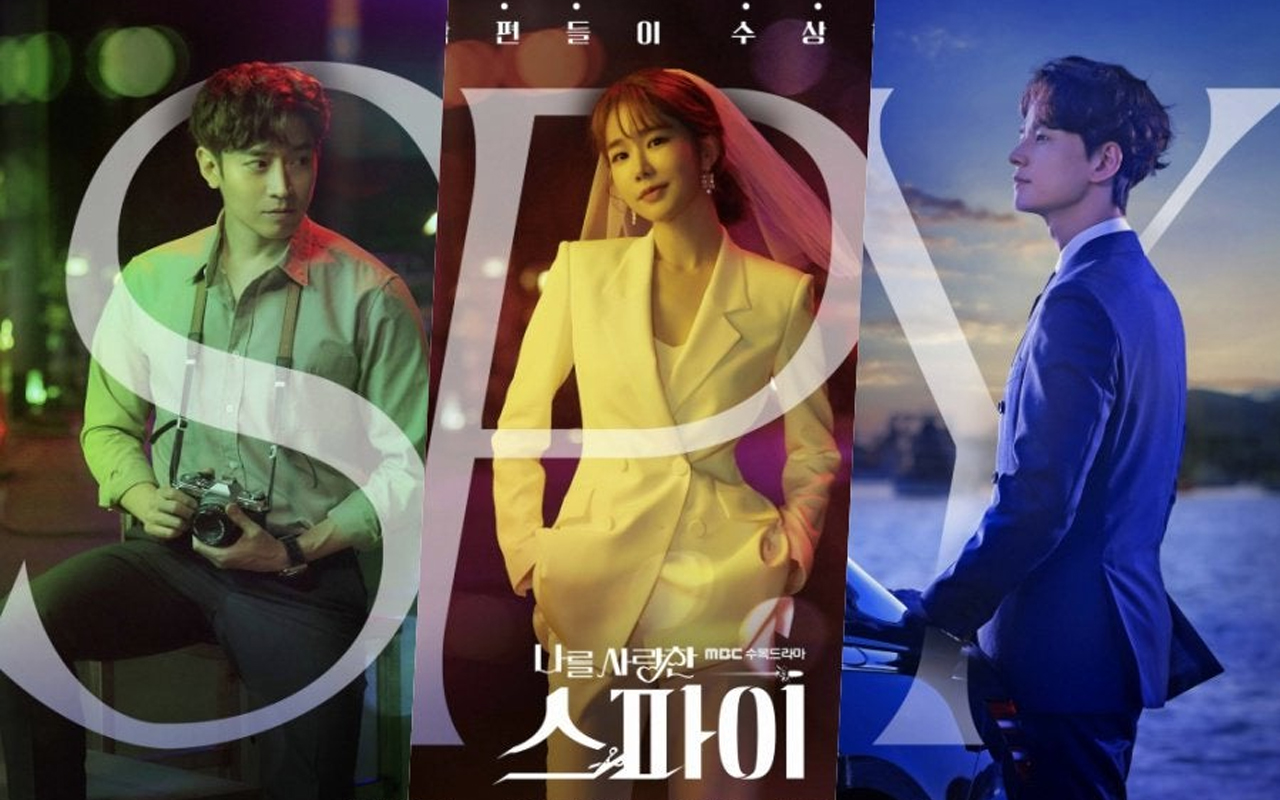 Any “Goblin” fans out there? Our favorite Grim Reaper-Sunny couple was star-crossed lovers in “Goblin,” then reunited i...

Any “Goblin” fans out there? Our favorite Grim Reaper-Sunny couple was star-crossed lovers in “Goblin,” then reunited in “Touch Your Heart” for their fourth(?) reincarnation. But as we all know, they only get four lifetimes together, so now, The Powers That Be have separated them… onto two separate networks! Lee Dong Wook is off romancing his first love, Ah Eum, in “Tale of the Nine-Tailed,” whereas Yoo In Na is now Ah Reum, a woman caught between two men. Come to think of it, these two female characters have very similar names. And these two shows are airing on the same night too. Is the universe trying to tell us something?

Okay, maybe not. Back to reality.

“The Spies Who Loved Me” is a rom-com that is centered around Kang Ah Reum (Yoo In Na), a wedding dress designer who’s on her second marriage. She suddenly finds herself caught up in the world of espionage because her husband, Derek Hyun (Im Joo Hwan), happens to be an undercover spy. Worse yet, so is her ex-husband, Jeon Ji Hoon (Eric).

Here are three things we loved and one thing we hated about the premiere:

We’ve seen shows that start off with couples being strangers then eventually falling in love. We’ve seen shows where couples are in love then break up for someone else. We’ve also seen shows that have exes find each other and fall back in love. But “The Spies Who Loved Me” trumps all that and gives us a married couple. Who will undoubtedly get divorced? And the wife will get back with the ex-husband. Talk about “it’s complicated.”

Kang Ah Reum is a wedding gown designer who never truly believed in marriage. That is until she meets Jun Ji Hoon, a travel writer and fellow-“I’m-going-to-stay-a-bachelor.” They coincidentally meet each other at Jeju island, where they begin a whirlwind romance that eventually leads to them both trying something they aren’t really confident in — marriage. Fast forward a few years, and this marriage has dissolved, leaving Ah Reum even more resistant towards the idea of marriage. That is (you guessed it) until she meets another man, a diplomat by the name of Derek Hyun. What Ah Reum doesn’t know, however, is she apparently has a very specific type. Both the ex-husband and the current husband are spies — Ji Hoon is an Interpol agent, whereas Derek is an industrial spy.

An Interpol agent who… moonlights as a stripper? You’ll just have to watch the show to find out!

This whole set-up is pretty interesting and frankly, it’ll be intriguing to see how the writers write themselves out of this complicated situation. Will they have to make Derek the bad guy to justify Ah Reum going back to Ji Hoon? Will Ah Reum inevitably cheat on Derek? How will know the truth change Ah Reum’s perspective on both men? Or will Ah Reum just kick both men to the curb and become a spy herself? The possibilities are endless!

LOVED: The falling in and out of love (in one episode!)

It usually takes a while for a drama to build a romance up, but for “The Spies Who Loved Me,” we dive head in first with the falling-in-love portion. The show gives us a succinct cut of how Ji Hoon and Ah Reum meet, fall in love, date, decide to get married, and with plenty of skinship thrown in for good measure too. And we buy it. Everything is done so beautifully (the aesthetically gorgeous Jeju landscape is a major bonus) and Eric and Yoo In Na share such natural chemistry, you can’t help but be swept up in this whirlwind romance of Ji Hoon and Ah Reum’s.

However with the crumbling of their marriage comes also the disdain they have for each other (or Ah Reum for Ji Hoon, more specifically). They run into each other again at the very spot of their first meeting, and it’s so obvious they are exes with baggage. Ji Hoon and Ah Reum still share a very natural rapport with each other — they even have some of their old habits from when they were together — and that doesn’t go away just because they are exes, but Ah Reum’s contempt for Ji Hoon is just as palpable. The two contrasting energies make their reunion so awkwardly interesting to watch and the two actors really bring to life the beginning and crash landing of this relationship.

Speaking of the actors, “The Spies Who Loved Me,” boasts a pretty well-known trio in the central love-triangle. Eric has earned a “Rom-com King” title for his relatable and loveable characters in dramas such as “Another Oh Hae Young,” whereas Yoo In Na has been stealing hearts in her more recent hits “Goblin” and “Touch Your Heart.” These two actors bring such a down-to-earth relatability and vulnerability to their characters, it’s easy to love them and root for them, in spite of their shortcomings. And while the drama is brimming with spies and espionage, the grounded-ness that Eric and Yoo In Na bring to the fold helps keep the focus on the relationships between people.

Im Joo Hwan is another star factor in the drama. And because he’s usually most memorable in antagonistic roles, we can’t help but wonder if his character, Derek Hyun, has sinister motives and will end up on opposite sides of Ji Hoon and Ah Reum. This suspicion is further exacerbated when Ah Reum is warned to be wary about those around her. Im Joo Hwan as Derek Hyun provides completely different energy to the more “open” characters of Ji Hoon and Ah Reum, which makes for this love-triangle — both in terms of marriage and espionage — so fascinating.

And kudos to the show for casting Yoon So Hee as Sophie, the scientist leading a research project on fusion energy and becomes an informant for Interpol (her storyline is central in the first two episodes). Think she’s too pretty to be a renowned scientist? Here’s a fun fact: Yoon So Hee herself was enrolled in KAIST, a leading research university in South Korea. Beauty and brains? We girls can do it all!

HATED: The tone of the show

Okay, so “hated” is a strong word, but “wished it was less comedic and sleeker instead” just doesn’t have the same ring to it. But that really is the gist of this teeny tiny grumble. The posters released prior to the premiere were super sleek and richly saturated, so I did come in expecting it to be cooler, more polished, and with the spies generally more debonair. So it is a little disappointing to see the show choosing to lean more heavily into the rom-com of it all and skimping on the cool factor that comes with the spy genre. Come to think of it, the Interpol division we see in the drama is pretty low-tech. No cool gadgets, no cool technology, and barely any guns.

There’s a scene where Ji Hoon chases his target into the laundry room, and the two fight using towels. And rather than it being a dynamically choreographed action scene, the two just give each other towel snaps like two old men in a sauna. It doesn’t exactly come across as comedic either, so the only thing that scene achieves is to have you again wondering why Interpol agents aren’t that cool.

Have you watched the premiere of “The Spies Who Loved Me”? Will you continue to watch it weekly? Let us know in the comments below!