What Is The K-pop’s "Magic Formula" Of Idol Groups Like BTS, BLACKPINK, TWICE? 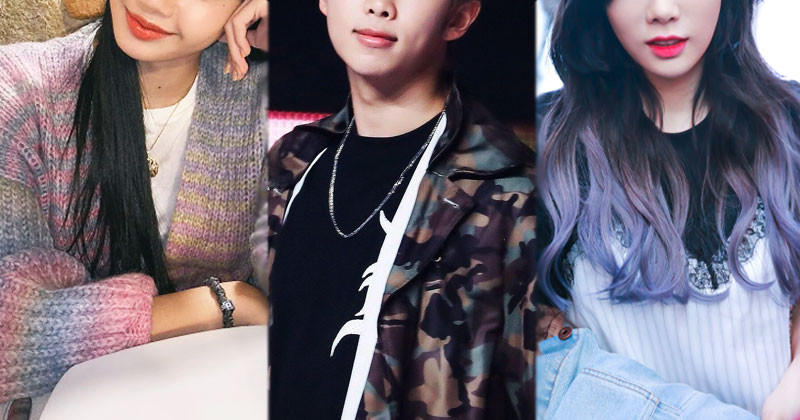 If you’re new to the global musical juggernaut that is K-pop, you might have clocked that the industry and its hardcore fan culture comes with its own language, with insiders’ terms like maknae and “visual of the group” regularly being thrown around. But what do all these words mean exactly?

South Korea’s entertainment companies realized long ago that there’s a “magic formula” for idol groups, ensuring a good mix of individuals with different characteristics, strengths and fan appeal. Although members of some groups might wear several hats, most bands are composed of the same roles. Here’s a look at the most common.

This one is simple: the leader is usually the oldest member of the group, or the member who has trained with the entertainment company for the longest. Typically selected by the agency or the rest of the group, the leader is supposed to motivate the other members – like

The “visual” is the member who is considered to have the most attractive or interesting looks and is likely to get the most endorsements in the group. Yoona is Girls' Generation's visual since she's always the one who gets praised for her gorgeous beauty. Or in BLACKPINK, BLACKPINK Jisoo is in charge of this role. Of course, there are different standards in choosing the "color" of visual of different companies but in conclusion, they are representative of the "beauty" or "visual" of their group.

As you might expect, the vocalists are the members with the best singing abilities who therefore get the most showcase vocal parts in songs. Subcategorized into “main” and “lead” vocalists, the former often sings the most lines and gets the more challenging sections, while the latter “takes the lead” in tracks by singing before the main vocalist. The lead vocalist often sings the choruses too. In BLACKPINK, Rosé is considered the main vocalist, while Jennie and Jisoo are lead vocalists, which is the "2nd best". In NCT we have Taeil.

This is the member who takes on the rap portions of most of the group’s songs. Similar to the vocalists, rappers can also be subcategorized into “main” and “lead” rappers. One of the most famous main rappers is Chanyeol from EXO, Changbin from Stray Kids, Soyeon from (G)I-Dle. However, this role is interesting since the term "main" and "lead" sometimes do not work with some groups. Such as YG's strategy with their rappers, this company adore "rap duo" like T.O.P and G-Dragon from BIGBANG, Mino and Seunghoon from WINNER, Jennie and Lisa from BLACKPINK, Bobby and B.I (former) from iKON. If there are more than 10 members in a group, more than 1 main rappers is totally understandable like Taeyong and Mark from NCT.

This is the member who is the most skilled dancer and gets widely showcased in the group’s choreography. Not just skills, they also have the most charisma and stage presence whenever they perform. In concerts, they often get special dance solos. Some representatives for this role in K-Pop is BLACKPINK Lisa, EXO Kai, Red Velvet Seulgi, TWICE Momo.

The Korean word for “youngest sibling”, this is the group member who is, well, the youngest. They are often also thought of as cute and more reserved compared to the other members. Itzy’s Yuna is an example of an idol maknae.

Best Of K-pop Fashion From Louis Vuitton To Saint Laurent

Son Ye-jin is having a moment. Starting off the year with breaking news of her much-anticipated reel-to-real relationship with Crash Landing On You co-star Hyun Bin, there’s no dulling Son’s shine, as she has just been announced as one of Valentino’s new Di.vas. (Was her recent enthusiasm for the brand a hint at things to come?)

“Son Ye-jin is seen as a symbol of strength and freethinking for the newest chapter of Valentino Collezione Milano,” the Italian fashion house announced via its social media. In her new role as a muse of Valentino, she debuted six looks from the brand’s spring/summer 2021 repertoire in the chic colour palette of black, white and pink.

The iconic actress was recently photographed in the brand’s spring/summer 2021 collection, featuring outfits in neutral tones and structural silhouettes, while carrying the latest sculptural mini jewelled satchel in black and white leather with an organically-shaped handle.

BTS in Louis Vuitton at the Grammys. Photo: @louisvuitton/Instagram

A week ago, Armys – or BTS fans – from all over the world anticipated the band’s appearance at the Grammys, which the seven members graced in handsome Louis Vuitton looks from the autumn/winter 2021 menswear collection.

A preview of BTS’s guest appearance on the show You Quiz on the Block also reveals the members clad in head-to-toe Louis Vuitton. This time the boys went for a black, white and denim blue palette. Their casual looks were coordinated as always, with each outfit suited to their personal style.

Rosé flaunts one killer outfit after another in On the Ground

From her MV to her stage performances, Rosé kept her looks fierce and fresh, donning bodysuits and baby doll dresses in cuts that showed off her slim figure, accentuating the looks with chunky boots.

A few favourites include her hot pink tube dress by Australian label Alex Perry, which she wore with a black Saint Laurent leather jacket, and a pair of Dolls Kill boots. She wore the full-length skirt on the MV, but transformed the dress into a mini version for her performance on SBS’s Inkigayo.

On M Countdown, meanwhile, Rosé rocked the grunge trend with an plaid dress by Rokh, a London-based fashion house led by Seoul-born designer Rok Hwang. Her accessories were a Tiffany & Co. wrap necklace and a pair of Dr Martens.